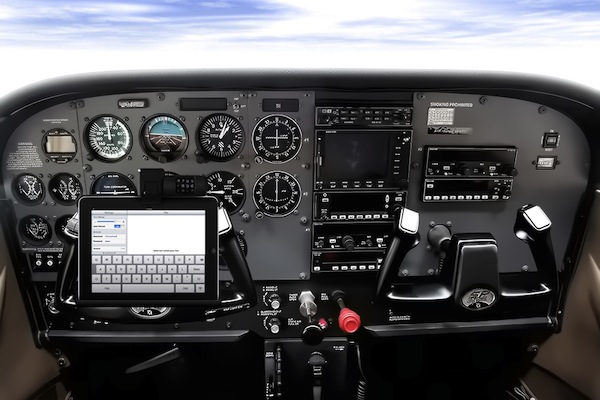 The iPad is a magical device and a new one is set to be announced tomorrow (hey, don’t miss our liveblog!), but that didn’t stop the Federal Aviation Administration from confirming that the current-gen tablet can now be officially used by pilots instead of paper charts while on duty. That’s right: after hundreds of hours of tests that put the iPad under “rapid decompression” and “electronic interference testing” with 55 pilots on 250 flights, Apple’s mythical slate got a thumbs-up from the FAA and can now go on board without being restricted in any way.

While electronic devices used instead of paper charts are nothing new to the FAA, the iPad and its relatively cheap price set it apart from the competition, allowing pilots to quickly open a dedicated app to receive live information and details about the flight. The device’s form factor and OS helped during the adoption as a replacement unit can easily be carried around and, apparently, the software developed by the FAA never crashed during testing. I’m pretty sure they didn’t use the buggy iOS 4.3 beta – although gestures for pilots would be awesome, in my opinion.

So there you have it. An iPad 2 may be announced tomorrow, but the iPad 1 is ready to fly. This time not just off the shelves. [via Engadget]