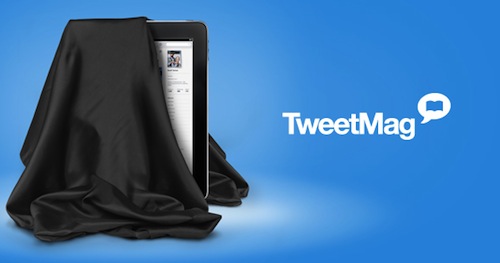 Running a blog, it’s perfectly normal that you stumble upon unreleased applications from developers asking you to “take a quick look” at what they’ve been working on. It happens every day, and we love it. But there are some apps you look forward to on your own, without the need of a developer sending you 5 emails a day to ask for bugs found in the beta and “feedback on the UI”.

TweetMag for iPad is one of those apps.

I don’t know much about TweetMag (developed by Teehan+Lax), except that some people have incorrectly labelled it as “the new Flipboard” when the first teaser shots where posted on Dribbblr. It turns out the app will be much different from Flipboard, and the two will be perfectly able to live together on your iPads.

From what we’re hearing and basing on the quick preview video you can watch below, it looks like TweetMag will be exclusively focused on making beautiful digital magazines out of links from Twitter. There will be a menu to switch between magazines, the layout is clean and elegant – we don’t know anything else yet. But it looks hot.

TweetMag will be in closed beta soon, and in the meantime you can sign up here to stay up to date with the development. Check out the video below, and get ready for another great app landing on your iPads (hopefully) soon.