Rumor has it the iPad is the fastest selling gadget in history. As Kanye would say: the best selling gizmo of all time. What’s curious is that PC manufacturers used to ditch the tablet category and make fun of Apple and its iPad back in January, but after a few months of blockbuster sales they had to revise their position and rush to get some tablets out in the market. As it stands right now, the Samsung Galaxy Tab is coming out in a few weeks (though hundreds of review units are somehow circulating amongst tech blogs) and lots of other models have been announced but they’re still nowhere to be seen. 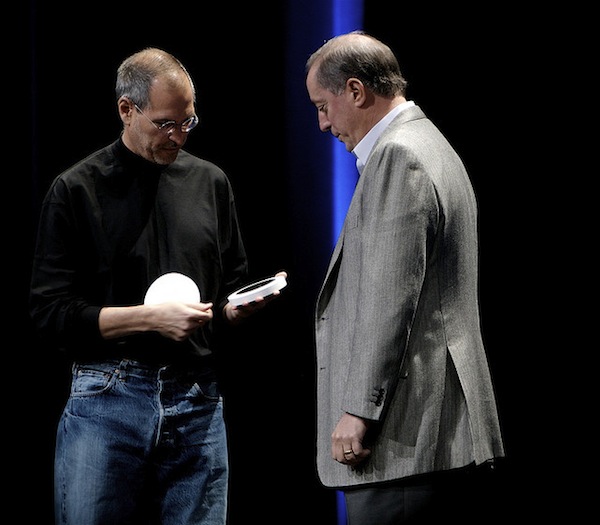 Intel’s CEO apparently knows about the situation and promises they’ll catch up soon. At yesterday’s earnings call conference, Paul Otellini praised Apple and its efforts to reinvent the PC industry, but also claimed that, ultimately, Intel will win in that “segment”.

I know the big question on everyone’s mind is how Intel will respond to new computing categories where Intel currently has no presence, specifically tablets…We think tablets are exciting and fully welcome their arrival. Apple has done a wonderful job reinventing the category,” he said during Tuesday’s conference call. “Will they impact PC sales? Sure, at the margin they probably will,” he said.

Then Otellini got down to business. “We will use all of the assets at our disposal to win this segment,” he said, adding that a number of tablet products will come to market “in the coming months and quarters” based on Windows, Android, and Meego operating systems “across a variety of form factors and price points.”

As usual, we mark his words.