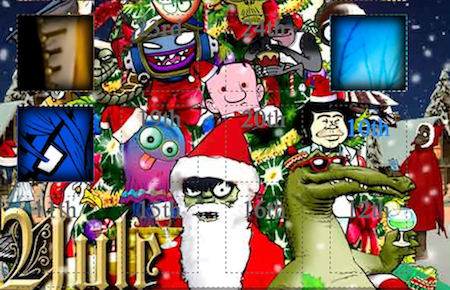 Remember when Damon Albarn announced the upcoming Gorillaz album had been entirely recorded and produced on his iPad? Well, he wasn’t joking. Not at all. The Blur & “The Good, the Bad & the Queen” frontman, cartoon band Gorillaz all-star and, you guessed it, producer and songwriter told the Courier Mail that the album is real, it’s coming out for free on Christmas, and a music video will be released on Christmas Eve.

Seems like Gorillaz fans are going to have a great time come Christmas this year: Albarn wanted to make sure that people knew the album was entirely recorded on the tablet, with no studio equipment being used to realize it. We do wonder, though, how mixing and mastering was done on the iPad.

I wanted to make sure that it came out at the end of the tour because I don’t want anyone to think I’d tampered with it.

We believe you, Damon. We’ll be waiting for the album to show up on our MacBooks under the Christmas tree. And if the results will be poor and not as great as Plastic Beach, hey – you still have a Country House to spend your retirement days hiding from the angry fans. [via]