There were rumors and speculations about Apple looking to release a smaller, thinner iPad “mini” by this holiday season, but according to the latest Digitimes report the folks at Cupertino have started sourcing parts of the second gen iPad - which is set to come out in the first quarter of 2011, exactly one year after the first-gen iPad. 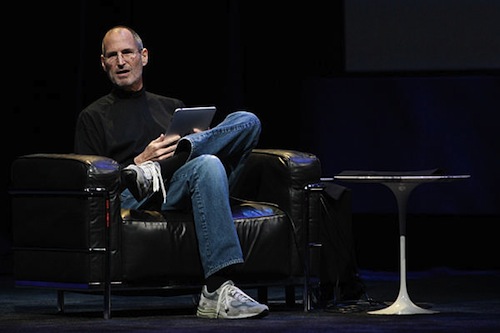 While this may sound obvious (at least it does to me), it’s interesting to notice that Digitimes, which is usually first at publishing news from Asia-based manufacturers, didn’t report anything more about the “iPad Mini”. Instead, we’re now hearing rumors of this “iPad 2” with ultra-thin glass:

Apple is expected to launch the second-generation iPad in the first-quarter of 2011, the suppliers noted.

Component suppliers of iPad are expected to start shipments for the second-generation iPad at the beginning of 2011, the suppliers added.

The new capacity of TPK Touch Solutions and Wintek, the 4.5G plant of Cando, and the 4.5G plant of Chimei Innolux (CMI) are reportedly completing validation of ultra-thin glass-based touch panels with Apple, the component suppliers said.

The rumor wheel has started spinning, and we’ll keep hearing these rumors more and more in the upcoming months. The iPad is a worldwide success (even though Apple hasn’t released any new statements about million of units sold) and I’m sure it’s going to be on the hot-list of many people by December. With a new iPad scheduled for April / May, though, how many people will decide to not buy the first-gen model and wait for the second one?