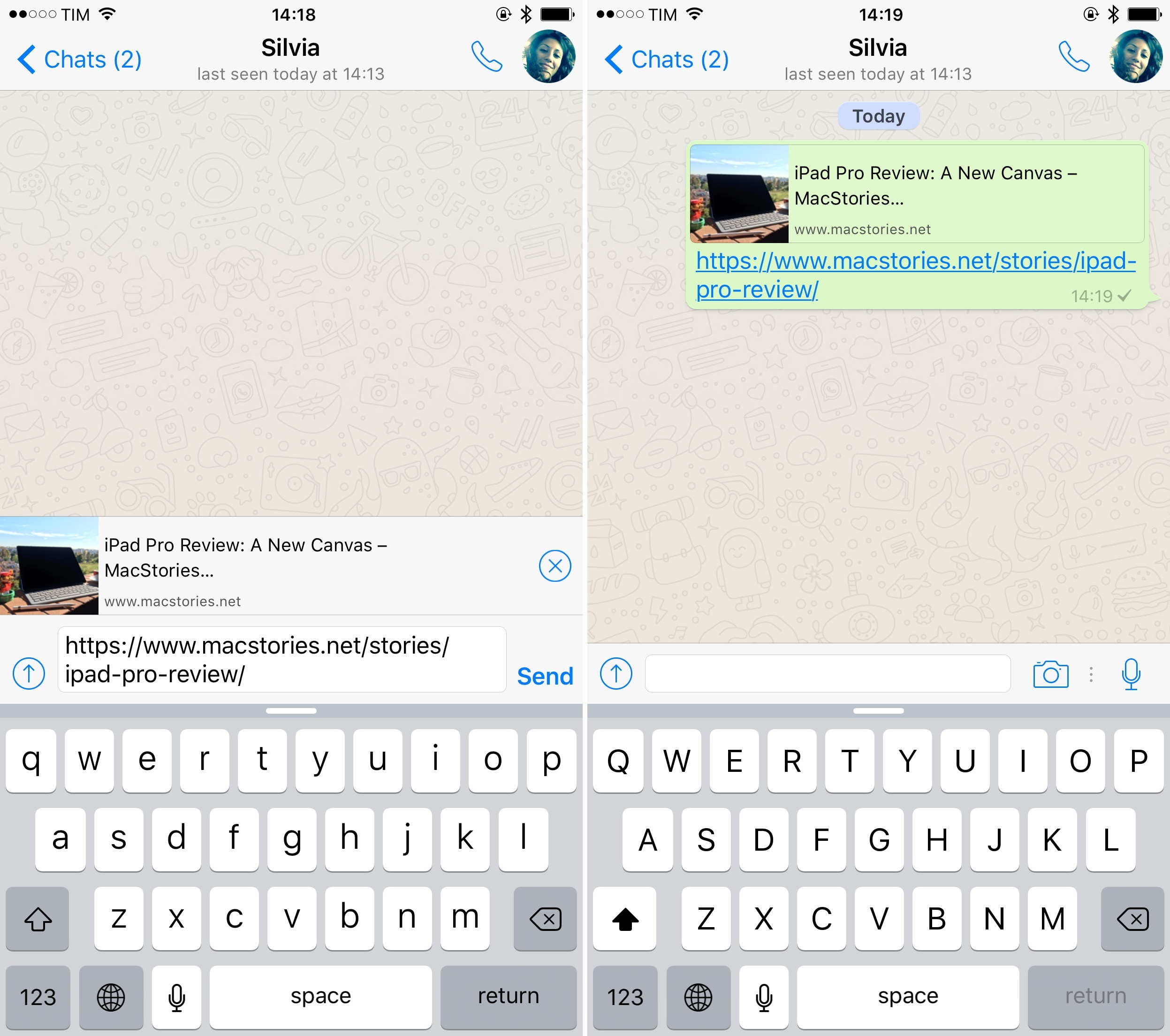 A link preview in the new WhatsApp for iPhone.

With an update released today on the App Store, WhatsApp has brought a functionality I’ve long wished was also available in Apple’s Messages app: rich previews for links shared in conversations.

Similar to existing implementations in Facebook’s iOS apps and other services such as Slack, the new option lets you include a rich snippet for each link pasted in a chat. Instead of sharing a simple tappable URL that opens Safari, these previews can show a webpage’s title and lead image alongside the link in a conversation, adding context that can be useful to see what a link is about before tapping it. Link previews aren’t sent by default: after pasting a URL, a preview is automatically generated and displayed above WhatsApp’s text field, so you can choose to add it or dismiss it by tapping a close button.

As I argued in the Notes section of my iOS 9 review, I’d like to see Apple make Notes’ link previews (which are very similar to WhatsApp’s) a system-feature of iOS, bringing them to Messages, Mail, Reminders, and other apps with a consistent design, perhaps even offering a developer API to enable link previews in third-party apps.