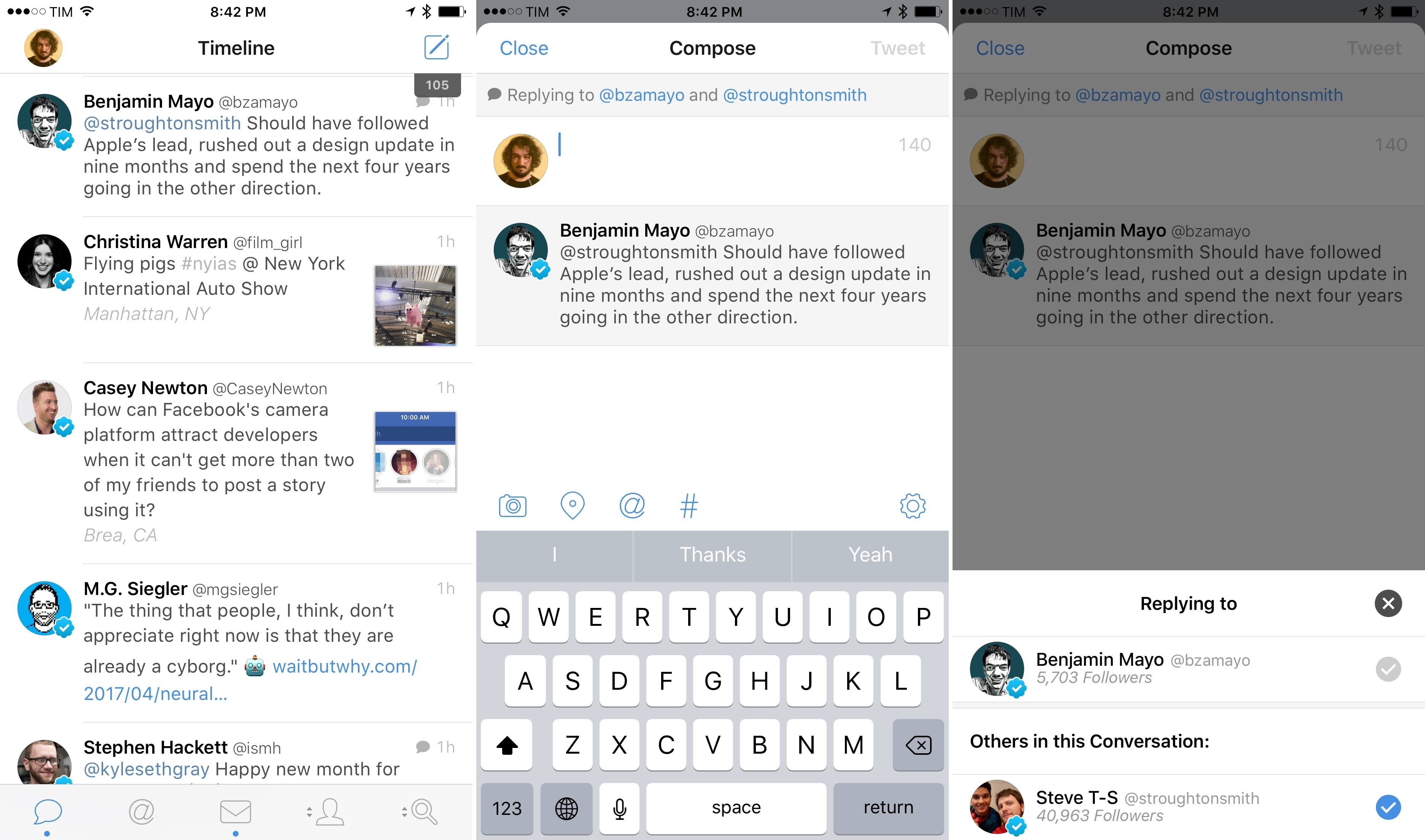 The new compose UI for replies in Tweetbot 4.6.

In an update released today on the App Store, Tapbots has started taking advantage of Twitter’s more flexible third-party API to allow users to send images in private conversations (DMs). The feature – which has long been available in Twitter’s official app – is limited to static images for now (no videos or animated GIFs), although the Twitter API could make more attachment types possible in the future.

Perhaps more notably, Tweetbot 4.6 comes with a redesigned compose interface for replies. Similarly to Twitter’s iPhone app, Tweetbot 4.6 doesn’t count usernames against the 140-character limit. To present this change in functionality, Tapbots has opted for a Twitter-like design where usernames aren’t displayed in the compose box upon starting a reply. Instead, a “Replying to…” banner at the top of the screen highlights the tweet’s original author and other participants in a conversation. Tap the banner, and, like in the Twitter app, you’ll be a shown a popup with a list of users you’re replying to. The author at the top of the list can’t be de-selected; other users in the conversation can be removed by tapping on the blue checkmarks. 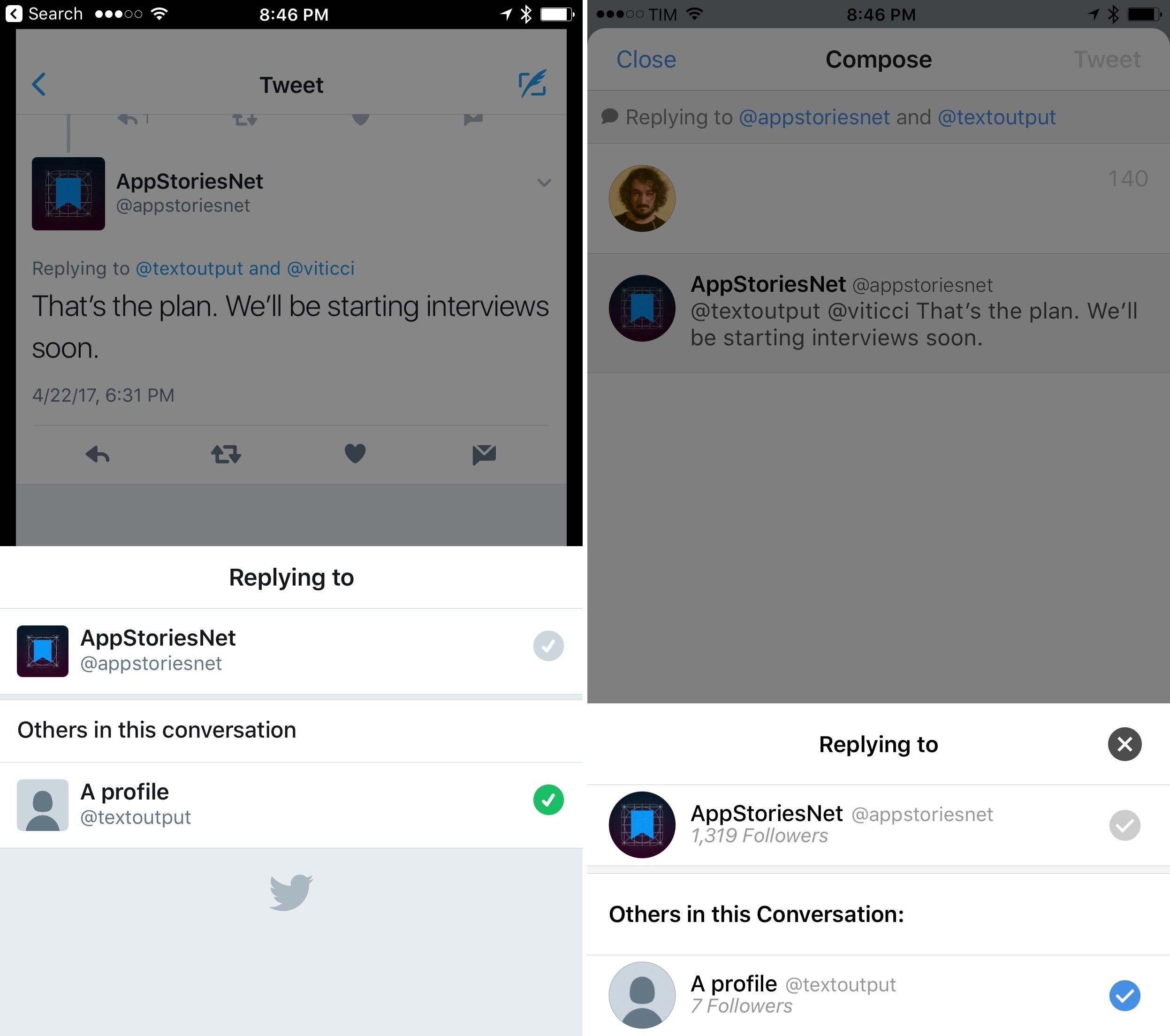 While this design is similar to Twitter’s, it should be noted that Tweetbot limits this presentation to the compose view for replies. Unlike Twitter’s official apps, usernames are still displayed in the body of a tweet in both the Timeline and Mentions views, providing a familiar format that doesn’t force you to tap on the “Replying to…” banner from every section of the app. Personally, I believe Tapbots adopted a better solution than Twitter itself: the compose UI is nicer and usernames are easier to remove, but the timeline retains the familiar @usernames that add context to inline conversations.

I’m curious to see how Twitter’s new API roadmap will impact third-party clients such as Tweetbot over the next few months. Tweetbot continues to be my daily Twitter client on every platform, and I hope Tapbots will be able to add even more native Twitter features in future updates (I’d love to have support for polls in Tweetbot).

Tweetbot 4.6 is available on the App Store.