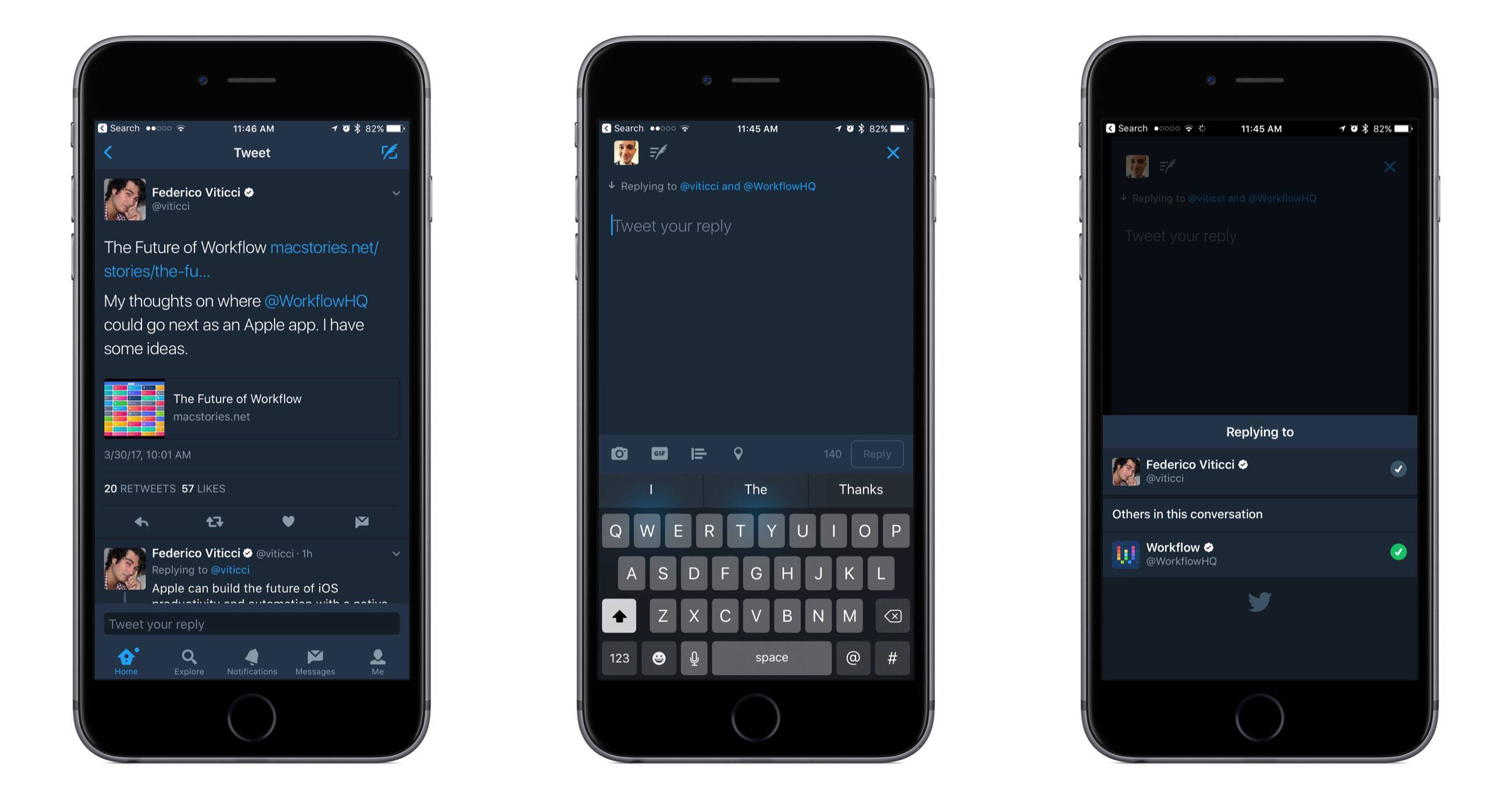 Twitter has announced a major change to the way replies are handled across all platforms – on the web and in iOS and Android apps. Presumably the Mac app will be included as well. Sasank Reddy writes:

Now, when you reply to someone or a group, those @usernames won’t count toward your Tweet’s 140 characters.

With this change, we’ve simplified conversations in a few ways:

One potentially confusing detail worth mentioning: although the usernames of those you reply to will not count against the 140-character limit, if you add any new usernames to the body of your reply, those new mentions will count against your limit.

You can see today’s change in action by watching the following video:

We’re changing replies so that you have all 140 characters to express yourself.

This update is rolling out to all users now. If you haven’t seen it yet, it should be coming to you soon.