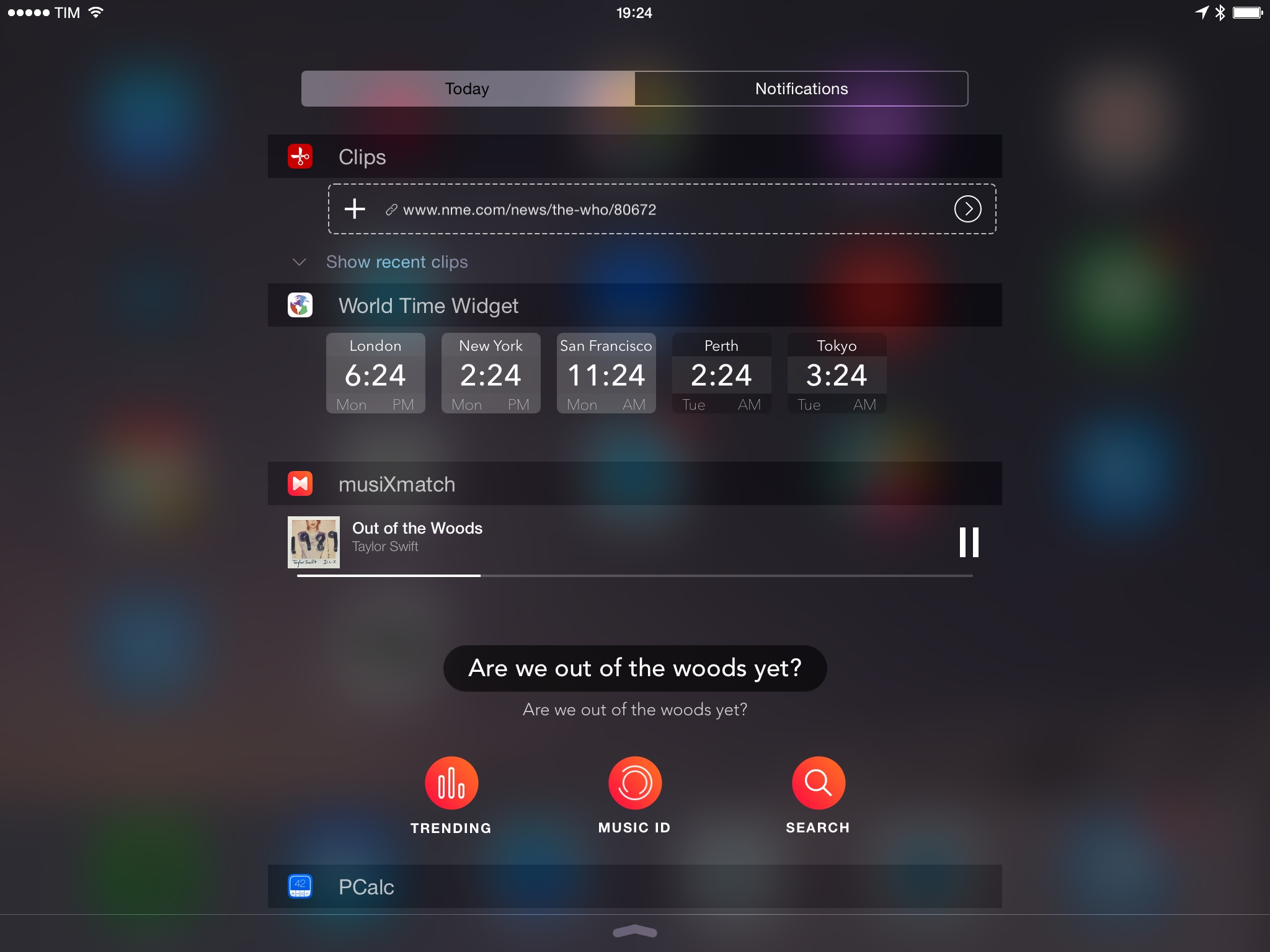 I’ve talked about musiXmatch, an app to find lyrics for songs playing on your device, before here on MacStories. Earlier this year, I covered the app’s new version for iOS 7, noting how an officially-licensed database of lyrics with a polished interface makes it a superior choice for anyone who wants to read song lyrics on iOS:

Overall, musiXmatch is impressive and accurate. I’ve discovered lyrics for hundreds of songs and finally learned some of my favorite ones thanks to musiXmatch. The app can listen to songs playing on the same device, and its integration with iOS’ local music library means it can display lyrics for songs you already have without having to use the microphone at all. I mostly find myself trying to find lyrics for songs that are playing on my computer or iPad, and the app’s on-time, licensed lyrics provide a great experience for those interested in knowing the lyrics of songs they like.

musiXmatch rarely fails to find lyrics for me, and I like its design and integration with Apple’s Music app. And last week, they released an iOS 8 update with one of the most impressive widgets I’ve seen to date.

Here’s how it works: start playing a song in Apple’s Music app, open Notification Center, and musiXmatch will show you synced lyrics that follow the song you’re listening to. If you’re used to the traditional musiXmatch experience (in the iOS app or one of their desktop integrations, such as Spotify), you’ll recognize the service’s display of lyrics and timeliness – only as a widget on iOS.

From both technical and user experience perspectives, this is excellent work from the musiXmatch team. Over the weekend, I tested the widget with music I had in iTunes Match, albums I synced locally, and, today, Taylor Swift’s new album, and musiXmatch always found lyrics and displayed them at the right time in the widget, which needs less than a second to appear (tested on an iPad Air 2 and iPhone 6; obviously, musiXmatch needs an Internet connection to work). The widget also has buttons to open the Trending, Music ID, and Search sections in the musiXmatch app as well as playback controls, but synced lyrics with artwork preview in Notification Center were the highlight of this update.

Unfortunately, due to iOS limitations, musiXmatch can’t display lyrics in the widget for third-party music streaming services such as Spotify, Rdio, or Apple’s Beats Music, but it’ll work for apps that use Apple’s Music as the background player. The widget can’t access the device microphone to identify a song without launching the app, and, for now, musiXmatch can’t display lyrics in the widget for iTunes Radio streams either. These limitations narrow the potential user base (people who only use Spotify or Beats won’t see lyrics in Notification Center), but hopefully musiXmatch will be able to develop some kind of integration with third-parties.

The musiXmatch widget for iOS 8 is too good to pass up. If you use Apple’s Music app and would like a way to see synced lyrics with a single swipe, download musiXmatch for free from the App Store.