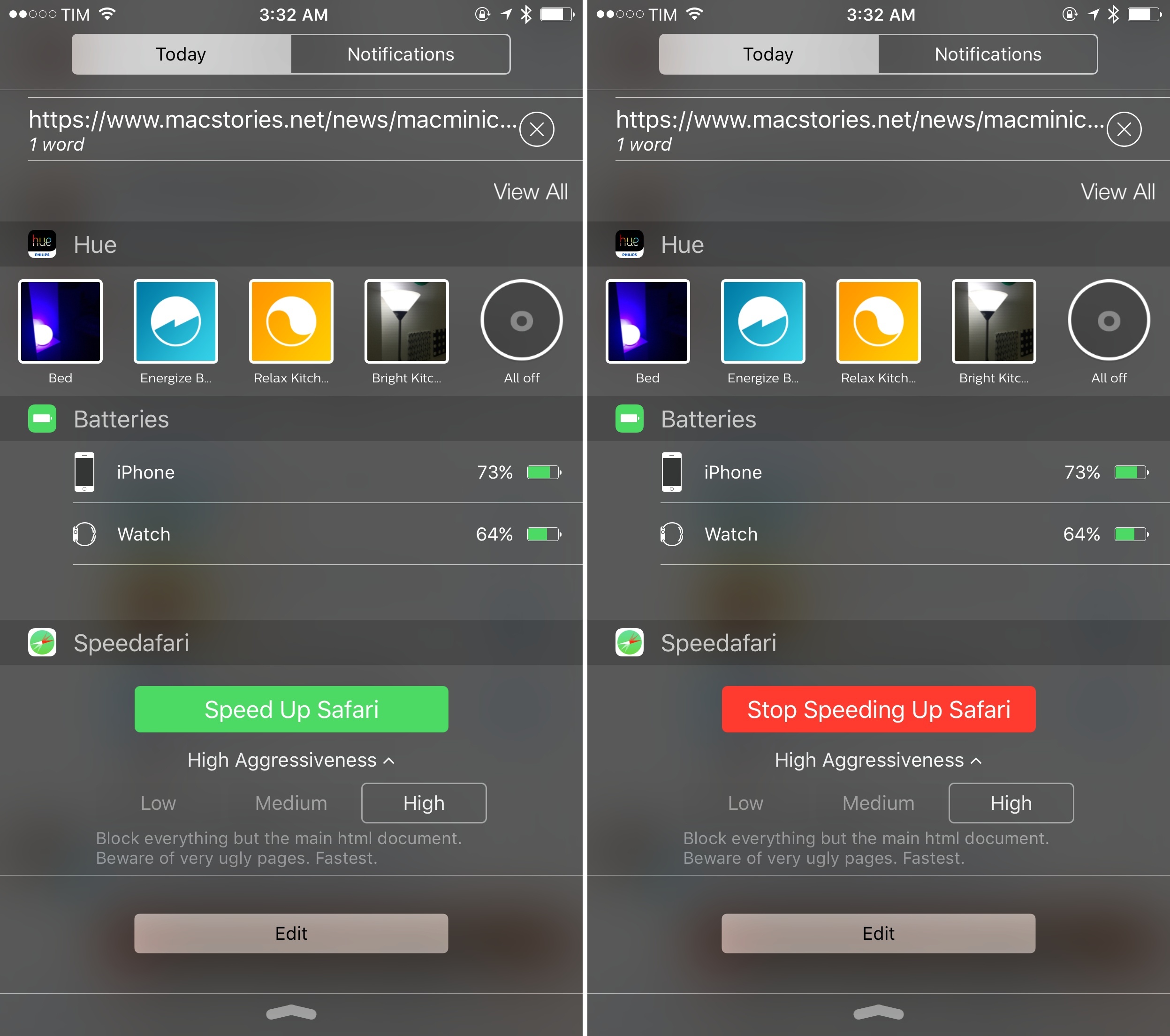 Among the dozens of Content Blockers available for iOS 91 – most of which are based on blocking ads and scripts, often with the same sets of rules – Speedafari strikes me as an ingenious idea, built with a clever interaction in mind.

Like some of the more popular Content Blockers, Speedafari can prevent ads and trackers from loading, speeding up your daily browsing on most websites. I don’t know which blocklist the app is using, but given the lack of documentation in the Settings, I assume it’s a combination of free databases such as EasyList and EasyPrivacy (used by many other Content Blockers). I haven’t used Speedafari as a “traditional” blocker: for that, 1Blocker’s advanced CSS filters and Purify’s iCloud-synced whitelist are doing a better job, and I don’t believe there’s any utility in using multiple blockers that attempt to block the same resources.2

This straightforward activation method and the ability to block everything except the underlying HTML content makes Speedafari an interesting solution for extremely slow connections that can’t load any kind of resource that isn’t text. Once enabled, the high level will make webpages look ugly – it’ll just load plain HTML from the webpage you’re viewing, which (in most cases) doesn’t look good but loads very quickly. 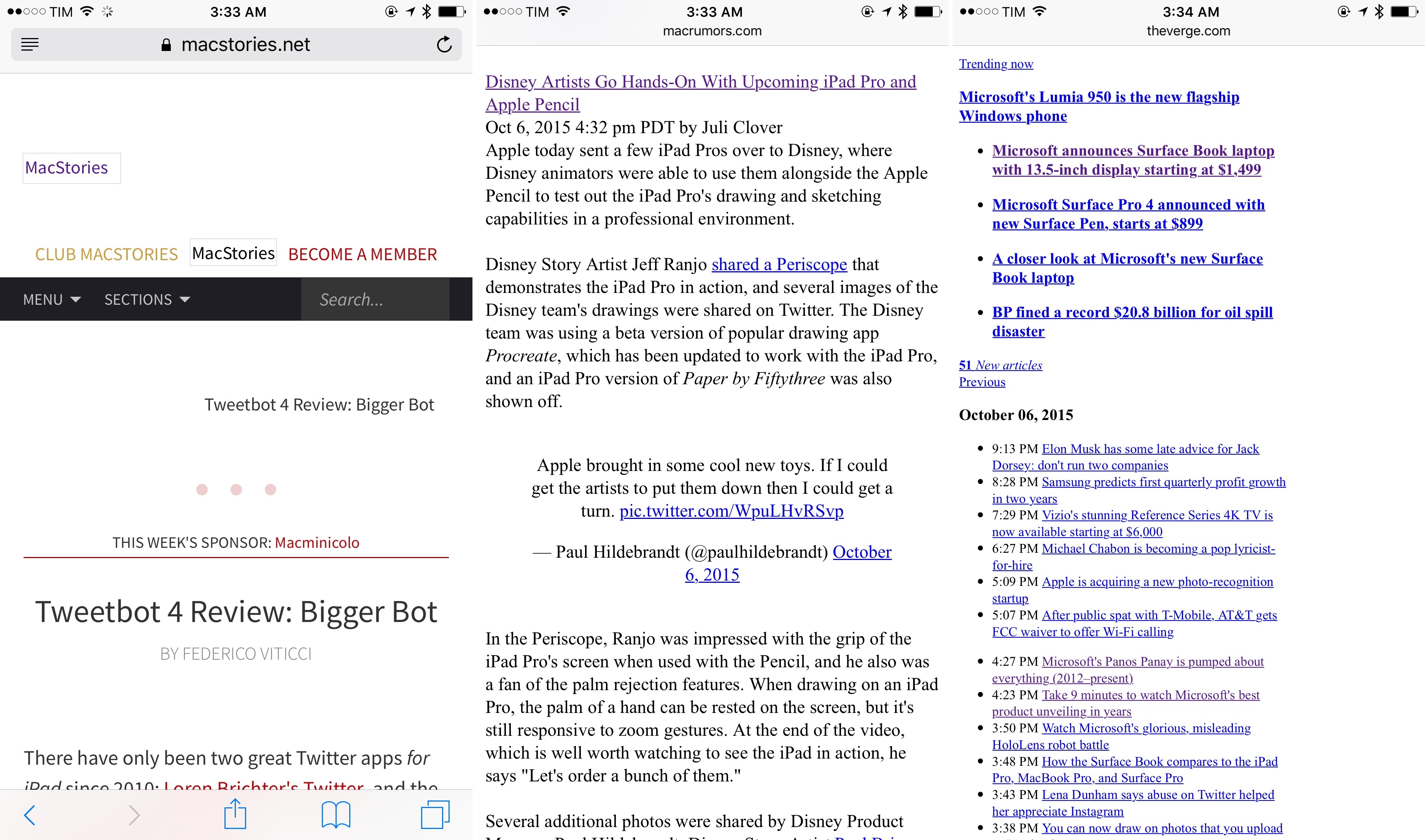 Some websites, such as MacStories, still look decent even with the high level of blocking aggressiveness, but most blogs will only provide you with text and plain hyperlinks.

Despite the unattractive looks, Speedafari’s highest blocking level can come in handy when, say, you’re having poor 3G coverage or, worse, you’re stuck with an Edge signal and can’t read anything online. I’m going to keep Speedafari installed for this reason: while I won’t use it daily – in fact, I hope to use it as little as possible – I know there will be times when I’ll have to cope with two bars of Edge. And when that day comes, there’s a chance I’ll still be able to read an article on one of my favorite sites. It won’t look great, but at least I’ll have something to do when Twitter and Slack won’t load.

Speedafari is available at $1.99 on the App Store.