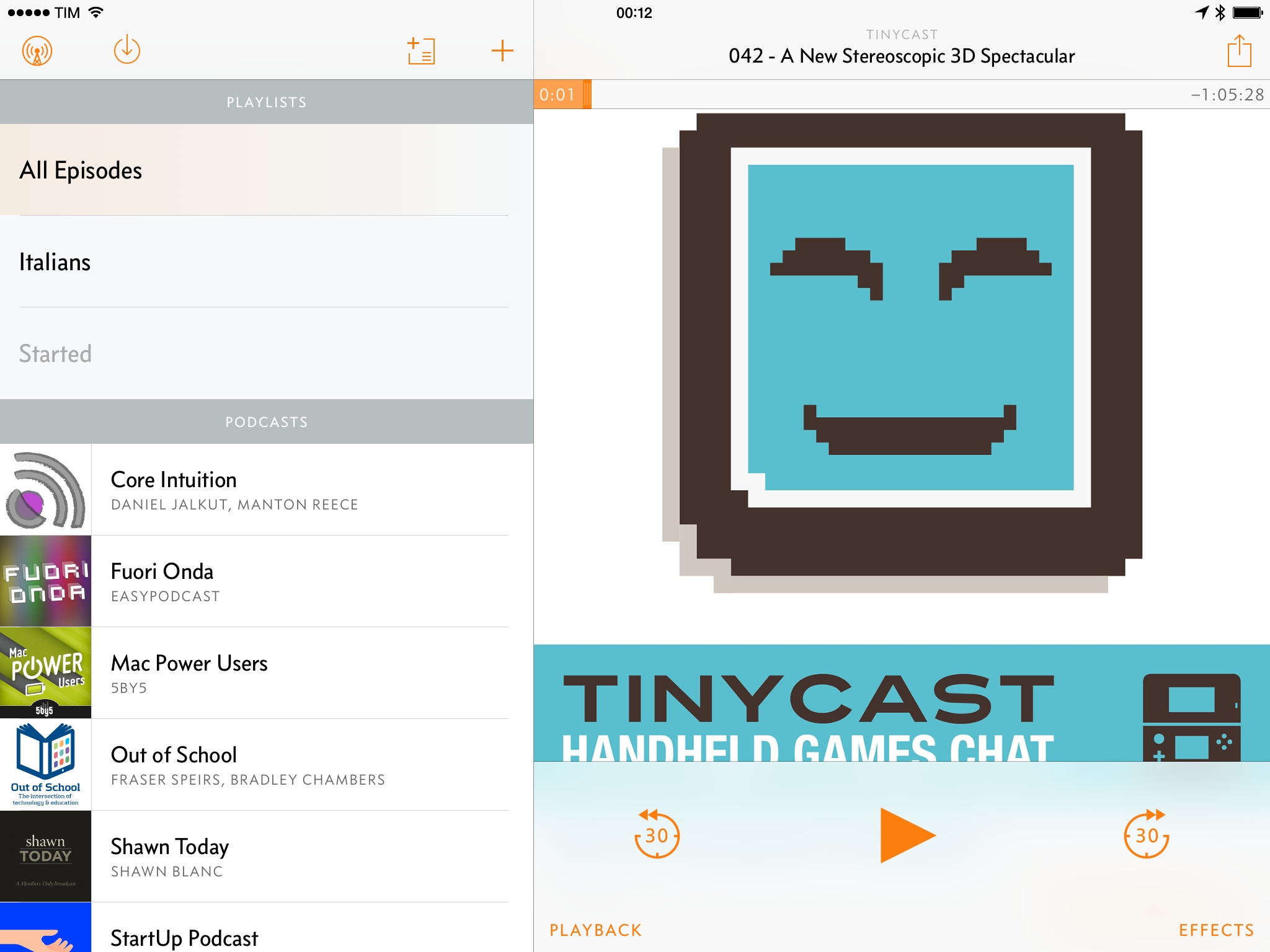 Overcast, Marco Arment’s excellent podcast player that I reviewed back in July and that became my favorite way to listen to podcasts on the iPhone, has been updated today to version 1.1. The new version, which I’ve been testing on my iPad Air 2 and iPhone 6 for the past couple of weeks, brings a welcome iPad interface, further optimizations for iOS 8 with bug fixes, and a new landscape mode on the iPhone.

From a design perspective, Overcast for iPad isn’t revolutionary: there’s a split-screen layout and controls for effects and playback live in popovers. However, there’s a detail that I particularly appreciate about Arment’s approach with the iPad app, and that is the size of the sidebar in landscape. In most iPad apps (including Apple’s), the sidebar in landscape has the same width of its counterpart in portrait mode, only it’s always shown alongside content, which takes up a larger area on the right side.

In Overcast, the sidebar is considerably larger when the device is in landscape, which allows longer episode titles to fit on one line rather than two. As someone who uses his iPad as his primary computer and generally in landscape mode, Overcast 1.1 feels better than other iPad apps in horizontal orientation because it offers a good balance between the sidebar and the main content on the right. Playback buttons and artwork feel right, they’re comfortable to tap, and smaller controls such as the episode information button and the progress bar are easier to tap and grab thanks to their larger size. 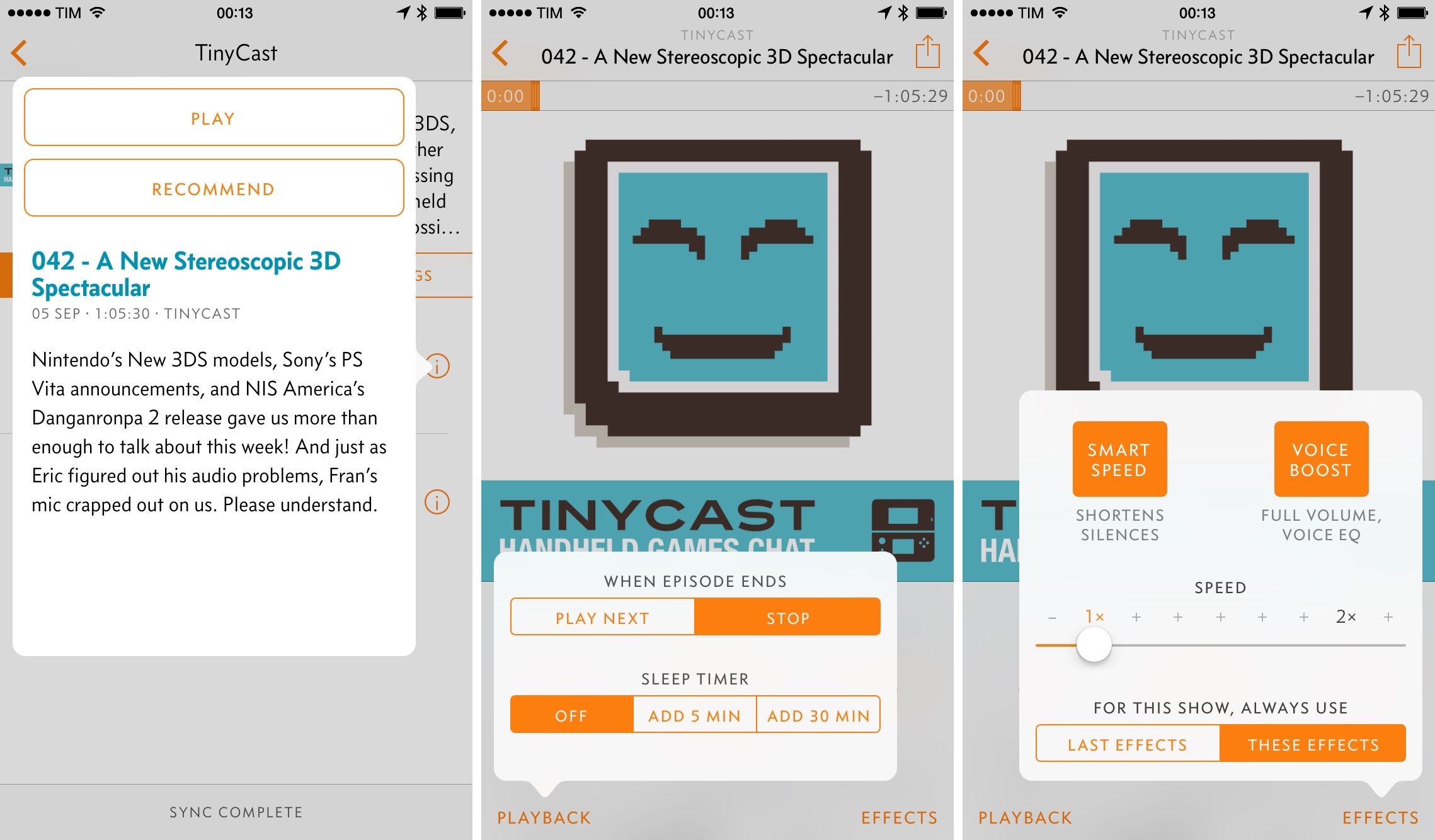 I’m a fan of the changes on the iPhone as well. In portrait mode, options now reside in popovers that feel surprisingly nice on the iPhone, while landscape mode brings a brand new design for the playback screen. 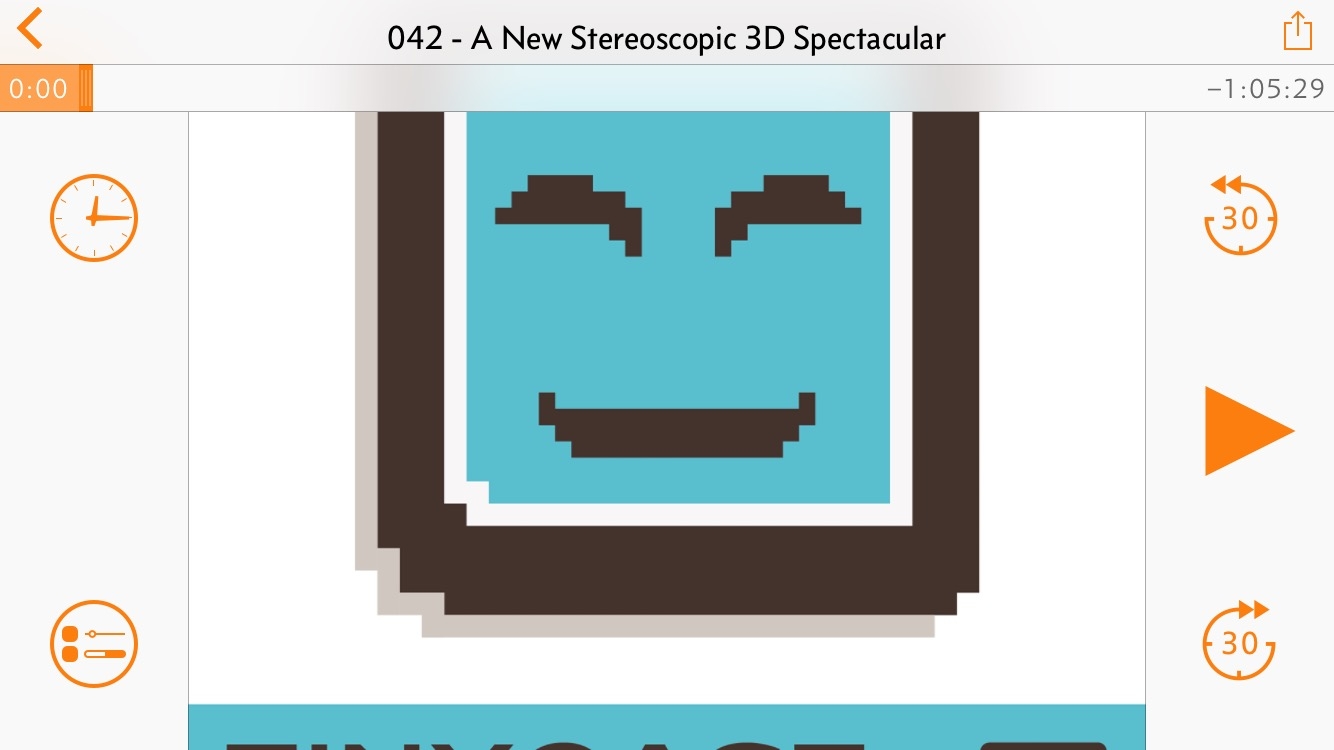 I don’t typically use my iPhone in landscape, but I’m a fan of Arment’s choice here: icons replace text labels and two columns sit on each side of the podcast artwork. I assume that iPhone 6 Plus owners are going to appreciate this new screen, which is also available on the iPhone 6.

I was waiting for Overcast 1.1 because I use my iPad every day, and I don’t mind playing audio on the device that I use for work. There’s nothing groundbreaking about Overcast for iPad, but there’s no need for it: Arment took the classic split-screen design of landscape iPad apps and tweaked it in a way that makes sense.

Overcast 1.1 is available on the App Store, and you can read my original review here.