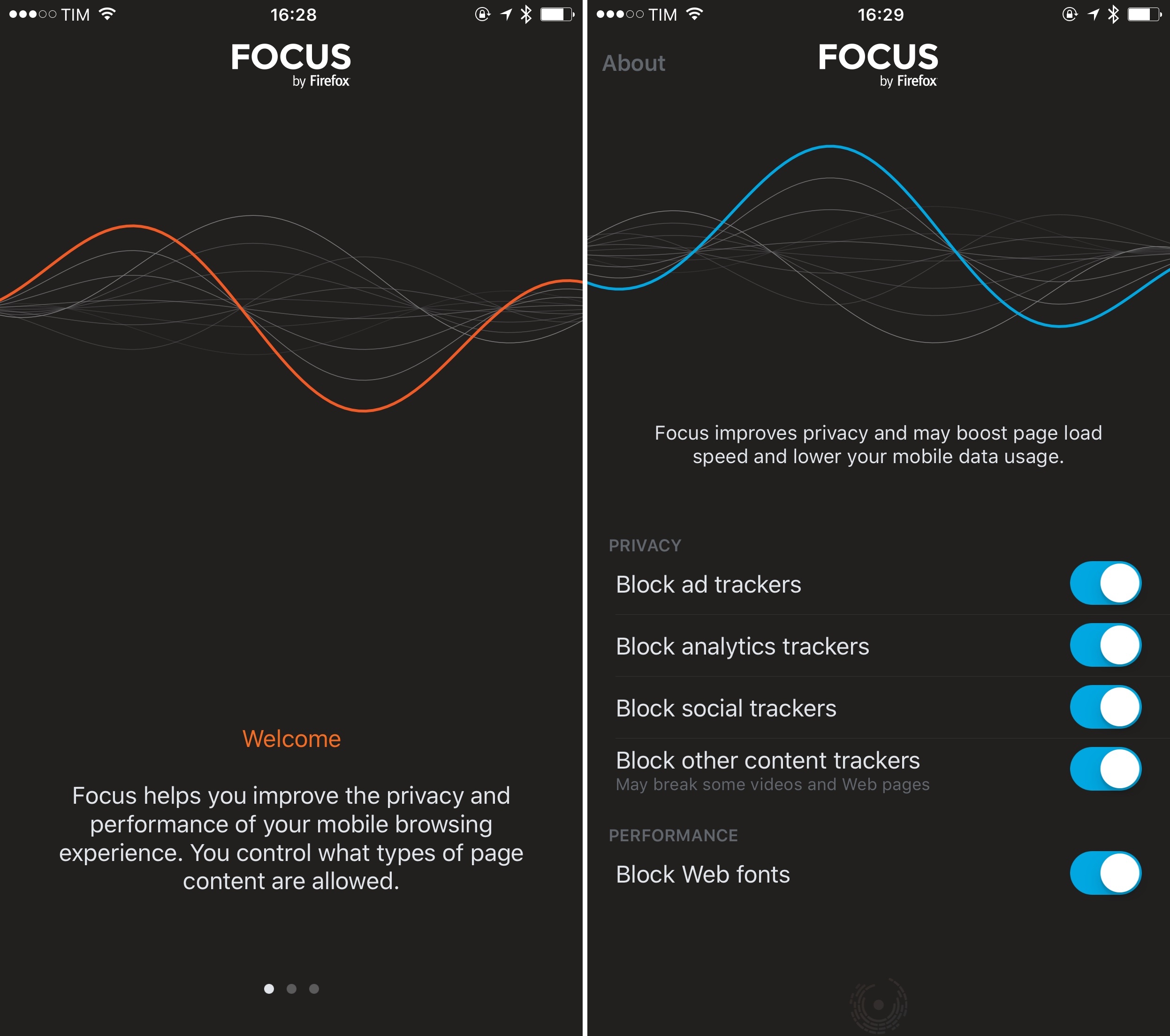 Based on Disconnect.me’s open source block list as reported in the app’s Help section, Focus doesn’t offer the same array of advanced options found in the popular desktop ad and web tracking blocker; instead, Focus presents a list of toggles to prevent various types of trackers from loading thanks to iOS 9’s content blocking APIs.1

Due to Apple’s secure extension design for Content Blockers, Focus can’t show detailed statistics about what’s being blocked and which trackers have been stopped while browsing the web. Once enabled, Focus’ settings will simply block trackers in Safari without being able to know what exactly is being blocked.

Notably, Focus only works with Safari, and not with Mozilla’s own Firefox app. On iOS 9, Content Blockers can’t be used by third-party browsers that implement Apple’s web view APIs – they’re only available as extensions to Safari, which have to be enabled manually in Settings. In my early tests, Focus seems to be working as advertised, speeding up webpages by a few seconds thanks to blockers, but it lacks the options found in solutions such as 1Blocker; according to Mozilla, they’re already working on features for list management, which will come in a future update.

Focus is available on the App Store for free.