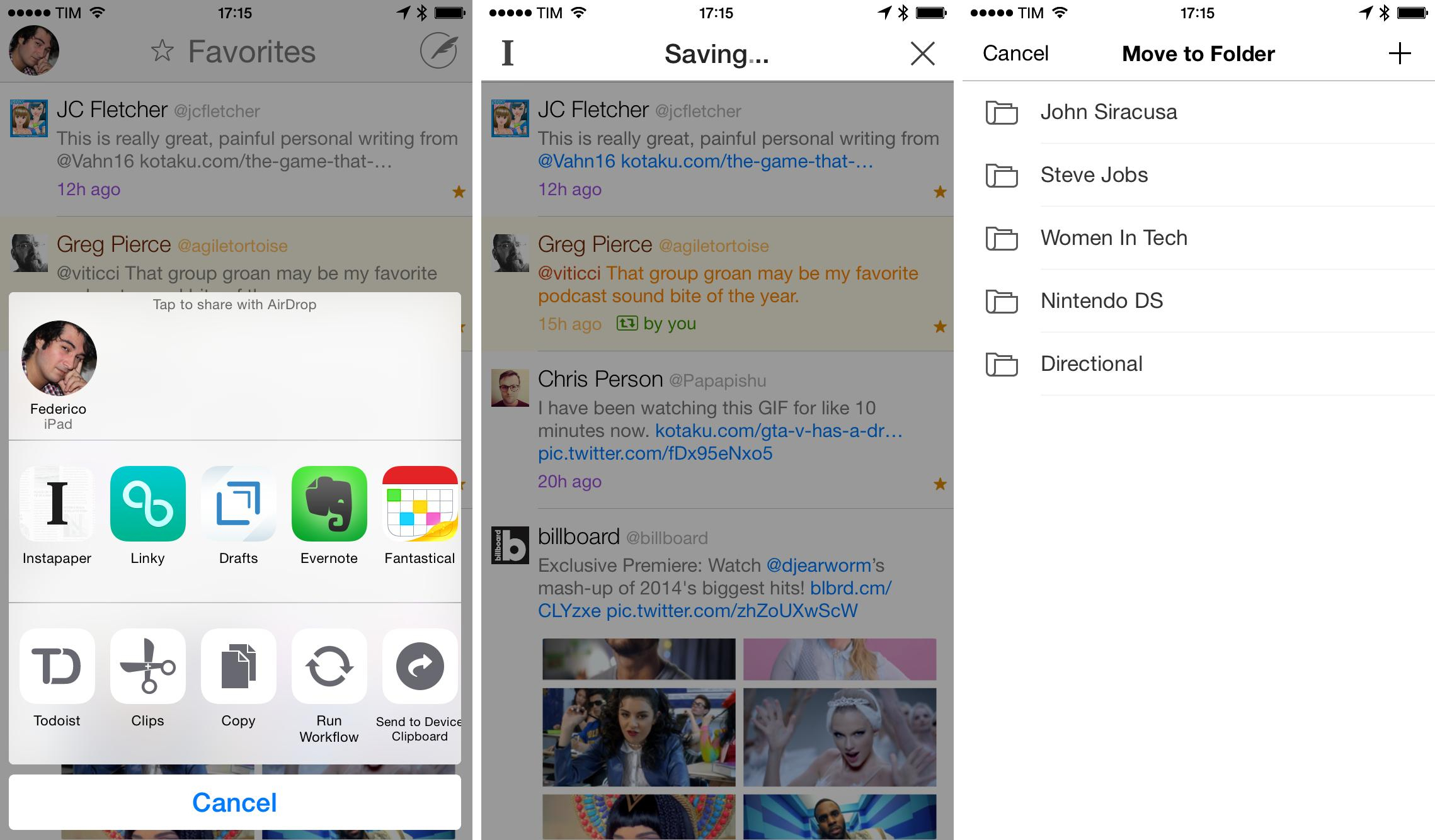 Handoff is nice, but I don’t know how much I’d ever use it in practice (this has been the case with Handoff in general for me). If you’re reading an article in Instapaper, you can quickly resume your activity on another device from the Lock screen; if you don’t have Instapaper installed on the second device, Handoff will open the article in Safari using its source URL.

The new extension is more interesting, and I think it’s a welcome change from the original. When saving to Instapaper with the new share extension, iOS will display an Instapaper banner at the top of the screen that takes up less space and lets you see more content underneath as it essentially covers the title bar of most iOS apps. From the share extension, you can now also move an article to a folder after it’s been saved without launching the app, which is nice. The extension still blocks the rest of the UI while an article is being saved, but at least it doesn’t come up in the middle of the screen anymore.

With today’s release, betaworks has also updated the various Instapaper browser extensions to use the new saving dialog, which, according to the company, is “unobtrusive, more consistent with Instapaper’s aesthetic, and allows you to move an article directly into a folder after saving it”.

Instapaper 6.1 is available on the App Store.