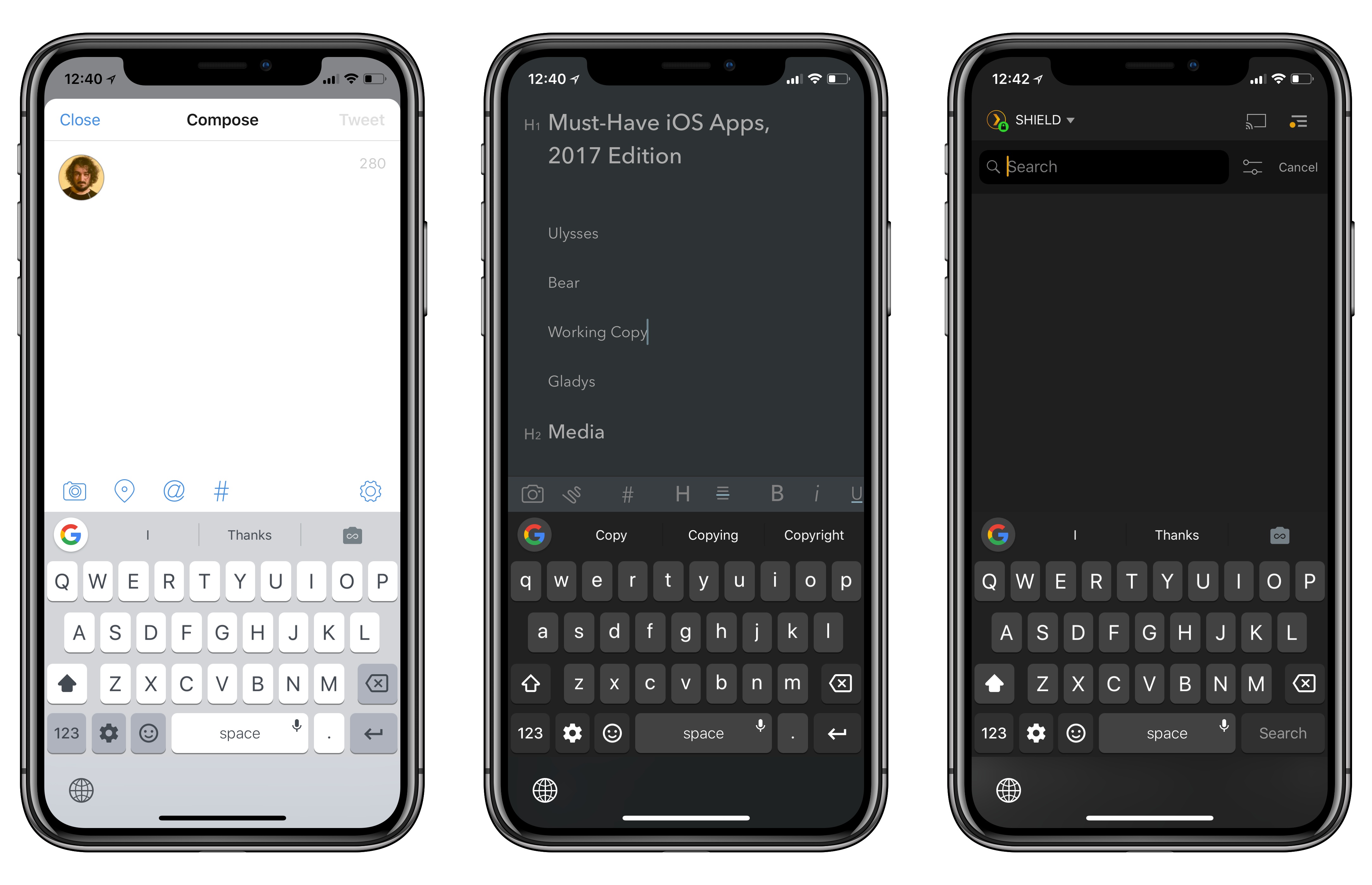 Gboard in Tweetbot, Bear, and Plex.

I’ve always liked Gboard, Google’s alternative keyboard for iOS. Gboard combines Google’s intelligence (with accurate and personalized autocorrect, emoji and GIF suggestions) with handy features such as glide typing. However, as I mentioned before, I couldn’t use Gboard as my primary keyboard on the iPhone for a variety of reasons: it lacked iOS’ native dictation mode, couldn’t automatically switch light and dark themes depending on the context of the current app, and, worst of all, it didn’t support multi-language typing without manually picking a different keyboard layout.

Siri dictation and simultaneous multi-language support are still missing (the former will likely never be added), but today’s update is an important step towards making Gboard feel more integrated with iOS. Gboard can now switch its default theme between light and dark based on the app you’re using. I’m not sure how Google pulled this off, but I tested Gboard with the dark modes in Apollo, Tweetbot, Copied, and Bear, and the keyboard always used the dark theme instead of the light version. Conversely, in Safari, App Store, and other light-themed apps, Gboard used the light mode instead.

This was one of my complaints about the old Gboard: its default light theme looked garish in dark apps; on the other hand, if you persistently enabled Gboard’s dark theme, then it would look out of place in apps like Messages or Mail. With automatic theme switch, changing Gboard’s default appearance is no longer a concern because it adapts to the app you’re using.

I’ve found a couple of apps where Gboard doesn’t correctly apply the dark theme (Overcast is one of them), but I’m impressed overall; Gboard even switches to the dark theme when you swipe down on the Home screen to open Spotlight. I’d be curious to know which iOS API Google is using to implement this option, and if third-party developers can optimize for Gboard in any way.