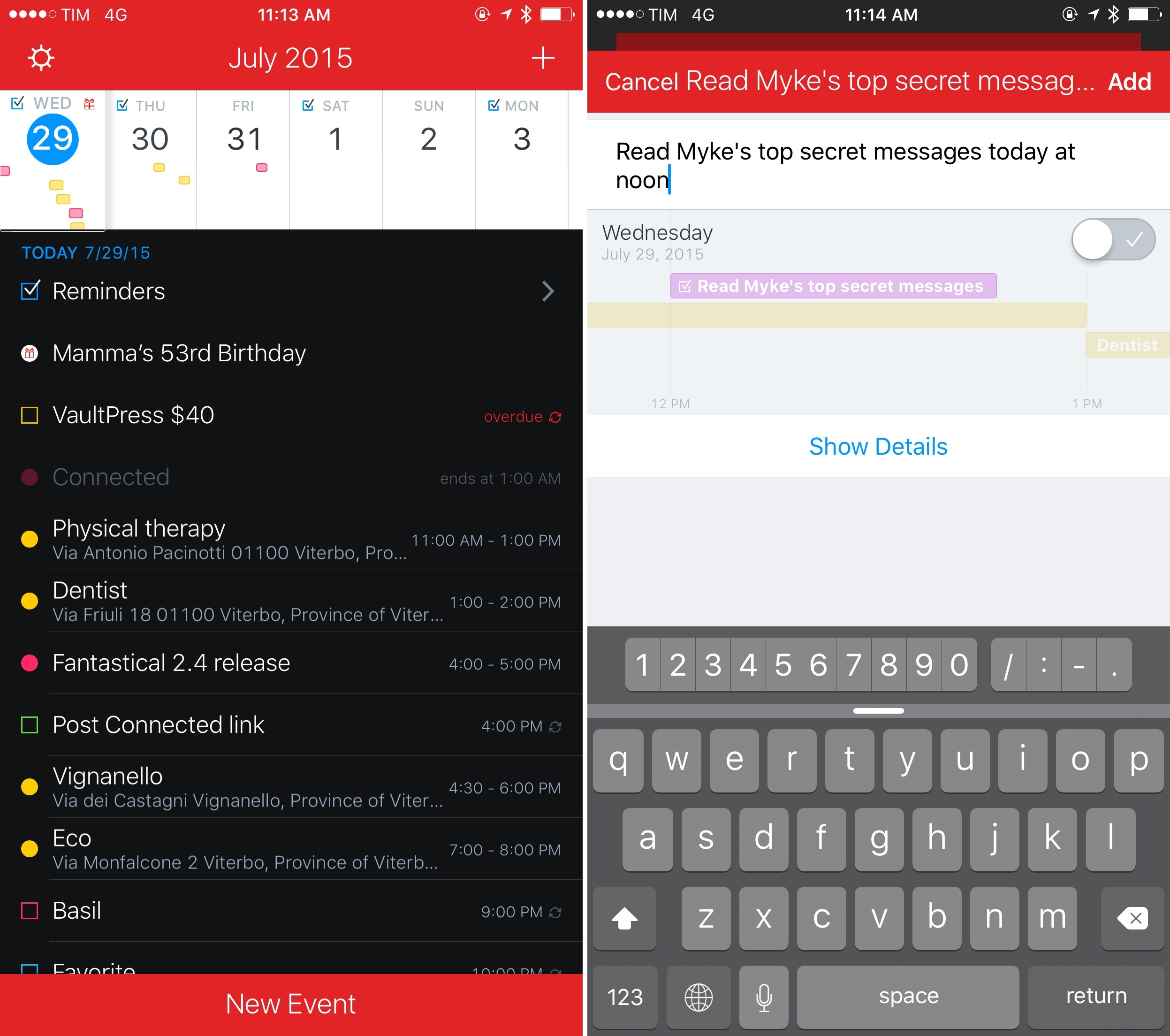 Released today on the App Store, Fantastical 2.4 adds support for Japanese and a new drafts feature that, once again, shows how Flexibits is building a smarter calendar app with delightful little touches.

Inspired by Apple’s similar addition to Mail for iOS last year, drafts in the new Fantastical for iPhone allow you to return to the list of events and reminders while you’re composing a new one so you can check something else before saving it. Activated by swiping down on the app’s new title bar – again, a design consistent with the same behavior in Mail for iOS 8 – a draft will appear as an event docked at the bottom of the app, carrying the title of the event you were typing using the app’s natural language input. Once you’re done multitasking within Fantastical, you can return to the draft by tapping the bar at the bottom and resume event creation.

There are some details I appreciate in the way Fantastical lets you pause event creation and look up events in the app. The ‘New Event’ screen has been tweaked to display the main screen (the list) slightly recessed in the background, so the title bar can create a 3D effect that hints at the interactive layering of the two sections. The ability to return to the background layer is further suggested by tapping on the title bar itself: unlike Apple’s Mail app (which does nothing when tapping the title bar), Fantastical will subtly bounce the event creation panel, suggesting that it can be lowered by swiping. The use of animations and UI effects is, as usual, top notch.

In my tests, I liked the ability to start typing an event and dismiss the window with a quick swipe without losing the information I had entered. Drafts make sense with the limited screen of the iPhone as it can’t show as many events as the iPad when creating a new one. The implementation is consistent with Mail on iOS, and I look forward to having the same feature on the iPad eventually (drafts is iPhone-only at launch).

Fantastical 2.4 for iPhone is available on the App Store.