If you haven’t already read our overview of the new Apple TV, I’d recommend reading that first. But since then we’ve also learnt a few more details about the Apple TV that were interesting enough to share. They include details about Apple TV app size limits, parallax icons (and how you can test them today), the Remote Loop and the Nimbus Steelseries (third-party) controller.

As noted by 9to5Mac, Apple is restricting the size of Apple TV apps to 200MB. Apps can of course download additional content at any time, but this additional data will only be kept temporarily. This might not be too much of a problem for apps, but this may prove to be a big hurdle for some of the more ambitious Apple TV games.

Along with the lack of local storage, the maximum size of an Apple TV app is limited to 200MB. Anything beyond this size needs to be packaged and loaded using on-demand resources. Knowing how and when to load new assets while keeping your users engaged is critical to creating a successful app. For information on on-demand resources, see On-Demand Resources Guide.

Read more about this in Apple’s tvOS Developer Library.

END_OF_DOCUMENT_TOKEN_TO_BE_REPLACED

This morning Apple announced the iPhone 6S and the iPhone 6S Plus at their September Special Event Keynote. Despite it being just an “S” year, the new iPhone lineup was packed with interesting new features and improvements.

END_OF_DOCUMENT_TOKEN_TO_BE_REPLACED

The Apple Watch didn’t receive a hardware update, but it was the subject of a number of other big announcements at today’s Special Event keynote from Apple. On the software front, it was revealed that watchOS 2 would be released to the public next Wednesday, September 16. Apple also took the time to unveil a number of new watch bands, new variations in each of the Apple Watch collections, and a partnership with Hermès to deliver a fourth Apple Watch collection.

END_OF_DOCUMENT_TOKEN_TO_BE_REPLACED

As was widely expected, Apple today unveiled the new Apple TV at its Special Event keynote at the Bill Graham Civic Auditorium in San Francisco. The new Apple TV (fourth generation) features a familiar but overhauled user interface, a redesigned remote which features a touch surface for navigation and Siri for interaction, plus there’s now an App Store for apps and games.

Tim Cook: This is the new Apple TV and we believe it is the future of television.

END_OF_DOCUMENT_TOKEN_TO_BE_REPLACED 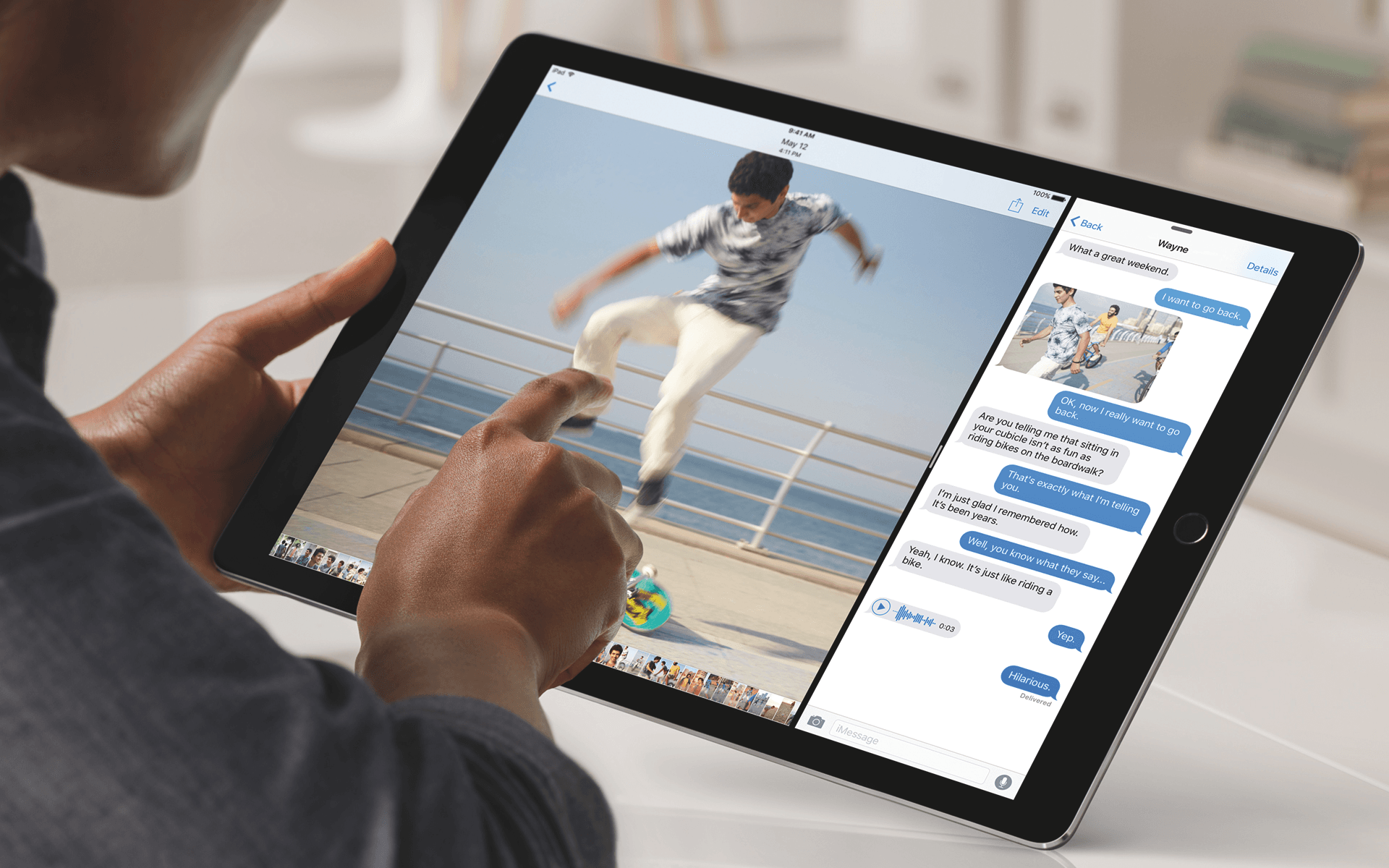 END_OF_DOCUMENT_TOKEN_TO_BE_REPLACED

Following its event in San Francisco today, Apple released Golden Master seeds of iOS 9 and watchOS 2 (both launching next week), as well as the first developer beta of iOS 9.1, likely coming with the new iPad Pro in November.

As spotted by Owen Williams at The Next Web, the beta release includes new emoji from the latest Unicode specification:

Once you get the update to iOS 9.1 when it’s released at some point in the future — its only available to those with a paid Apple developer account right now — you’ll see a ton of new emoji on the keyboard including taco, unicorn, a stop hand, turkey, burrito and block of cheese.

Adding new emoji may be the best way to convince millions of people to upgrade to the latest version of iOS.

For those who didn’t follow the live stream or announcements as they unfolded on Twitter and blogs, Apple has now posted the video of its September 9 keynote held earlier today at the Bill Graham Civic Auditorium in San Francisco.

The video can be streamed here, and a higher quality version should be made available in a few hours through iTunes (on the Apple Keynotes podcast). To avoid streaming errors, Safari is recommended for the best viewing experience.

In addition, Apple has also posted new commercials and product reveal videos for the iPhone 6s, iPad Pro, Apple TV, and Apple Watch on its YouTube channel. You can find all the videos below.

END_OF_DOCUMENT_TOKEN_TO_BE_REPLACED 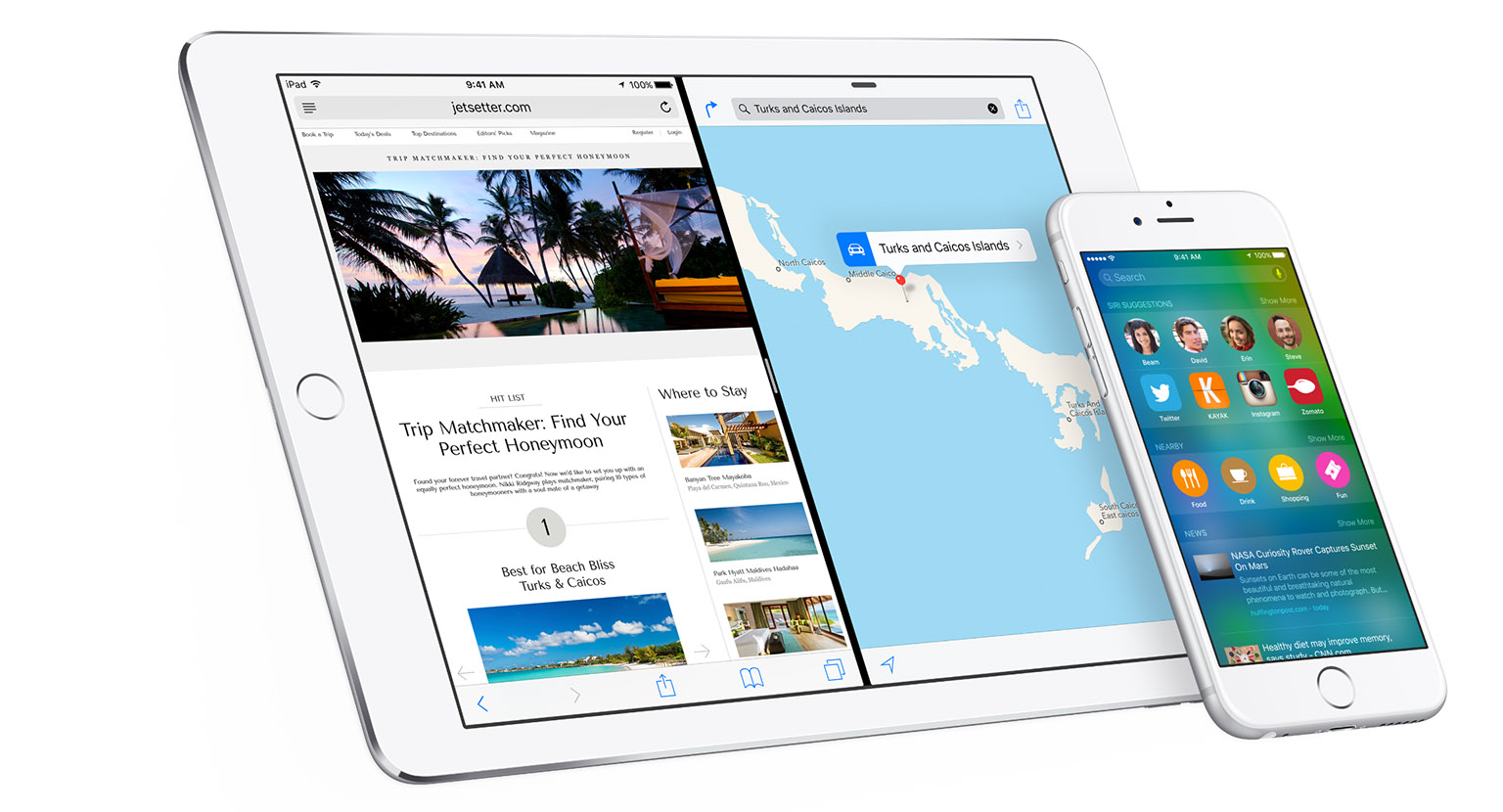 As widely expected, Apple has today confirmed the official release date of iOS 9 and watchOS 2 at a media event held at the Bill Graham Civic Auditorium in San Francisco. iOS 9 and watchOS 2 will be released on Wednesday, September 16th, for the iPhone, iPad, and iPod touch.

Announced at WWDC in June, iOS 9 includes new and updated built-in apps, a major focus on improving the experience and capability of the iPad, and better performance, security and battery life. Apple significantly improved the functionality of the built-in Notes app, adding support for sketches, checklists, and a share extension. Apple Maps now has support for Transit directions (in limited locations) and there’s a new News app. iPad users with one of the more recent models can now use multiple apps at the same time with the introduction of Slide Over, Split View, and Picture in Picture modes. Siri and Spotlight also got a little smarter and can now answer more questions whilst attempting to proactively surfacing information and content that is relevant to you.

Apple hasn’t announced a Golden Master seed of iOS 9 yet, but it will presumably be released to developers today. Typically the last developer release before a public launch, the GM seed will allow developers to make final preparations to their iOS 9-ready apps and submit them to the App Store.

The ‘Apple Events’ channel on the Apple TV has been updated and is ready to stream today’s Apple keynote. The channel will allow users to stream Apple’s keynote from 10am PDT, as Apple previously announced. If you’ve got some time, the channel also allows you to stream previous Apple events, including the 2015 WWDC keynote which introduced iOS 9, OS X El Capitan and Apple Music.

For those without an Apple TV, you will also be able to stream Apple’s keynote from Apple’s website from Safari on iOS or OS X and from Microsoft Edge on Windows 10.