And so iOS developers are beginning to port their apps to the Mac App Store. A few hours after the official announcement by Steve Jobs at the “Back to the Mac” event, Australian game studio Firemint (winners of two Apple Design Awards this year) has already confirmed that they’ll be bringing its blockbuster game Flight Control HD to the Mac. END_OF_DOCUMENT_TOKEN_TO_BE_REPLACED

An Open App Store On The Mac

A number of prominent app developers would have to commit to supporting an open Mac app store, by making their apps available on that store. These announcements would pretty much have to happen this week in order to have enough impact to sway the course of discussion. There’s no reason these would have to be exclusive, or say anything negative about Apple’s app store, but could just be expressions of these developers pursuing every distribution option available.

Interesting ideas based on Sparkle and Growl, but not going to happen. The Mac App Store will likely become most people’s way to discover and install Mac apps; developers’ websites will be there for demos and trials. And for apps that can’t go through Apple’s approval process. 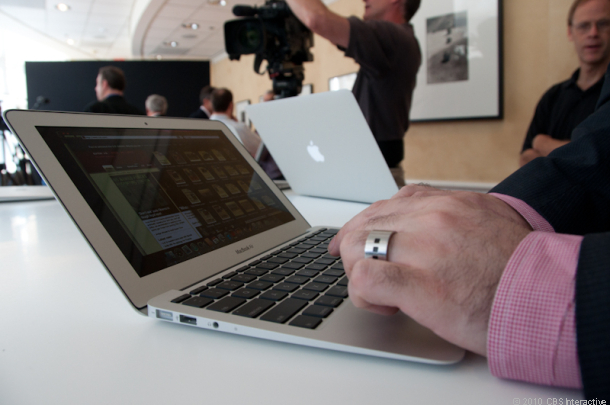 Engadget, CNET and Slashgear take a look at the new and smaller MacBook Airs. Like I said before, these are going to be huge (no pun intended) for people who need OS X running on a highly portable device.

Videos and quotes below. END_OF_DOCUMENT_TOKEN_TO_BE_REPLACED

The Air’s Place In An iPad World

In fact, the MacBook Air’s biggest competition is the iPad. Both can be used as a standalone product, but really shine when used as a secondary device. Both have great battery life and are thin and light. The smaller Air is even close to the size of the iPad.

The difference of course is all about software. For some people, iOS just doesn’t meet their needs. The new 11.6″ MacBook Air offers all of the features of Mac OS X in the smallest package ever. For people who need a full-blown computer that can go just about anywhere, the Air is an obvious choice. For everyone else, though, the iPad is really, really hard to ignore.

The iPad is similar in size to the new Air, and it’s cheaper. But don’t forget and don’t underestimate the importance of a small device running OS X at an acceptable form factor. For some people working in certain conditions with very few space available and frequent travelers, the 11.6-inch Air is a God-send.

The 11” looks impressively tiny, but realistically, most people are unlikely to see significant benefits in portability or practicality from the 11” over the 13”. There are very few situations in which you’d be able to comfortably carry or use the 11” but not the 13”.

The 11” screen resolution of 1366x768 is great for its size, but it’s going to bevery cramped, especially vertically. Screen size is very important and noticeable in everyday use, and it’s often the limiting factor for how much work advanced users can comfortably get done on a laptop.

The 11” is also significantly slower and with less battery life, although these are less important factors.

The whole post is a must-read. Although in my opinion, that 11-inch model is damn tempting. 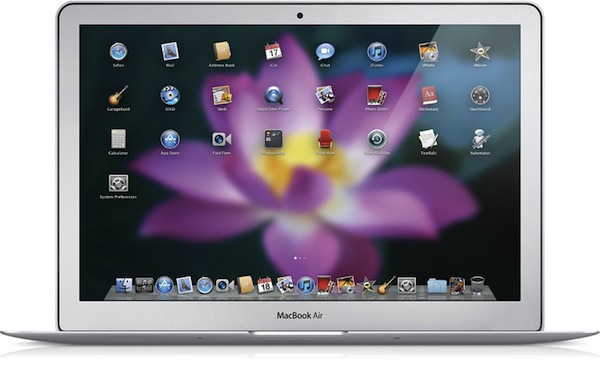 With the introduction of OS X Lion and the Mac App Store today, Apple set the path to a future full of changes. In the process, they’ve killed a few things.

Today’s Apple event is now available for streaming here and download in iTunes. To download it, you’ll have to search for “Apple keynotes” in iTunes and grab the latest October episode.

Or, just open this link.

Apple has just released a major upgrade to Aperture, which reaches version 3.1. The update includes tons of bug fixes, compatibility with iLife ‘11. Check out the full changelog below. END_OF_DOCUMENT_TOKEN_TO_BE_REPLACED

Many of us thought Apple would never announce an App Store for Mac. When we discussed the subject, the most frequent reaction I heard from developers was:

That is going to change. Like it or not, Apple wants to make the process of finding and installing software on the Mac easier, faster and integrated, and by bringing the system created on the iPhone and refined on the iPad back to the Mac, they’re going to literally reinvent the wheel. END_OF_DOCUMENT_TOKEN_TO_BE_REPLACED