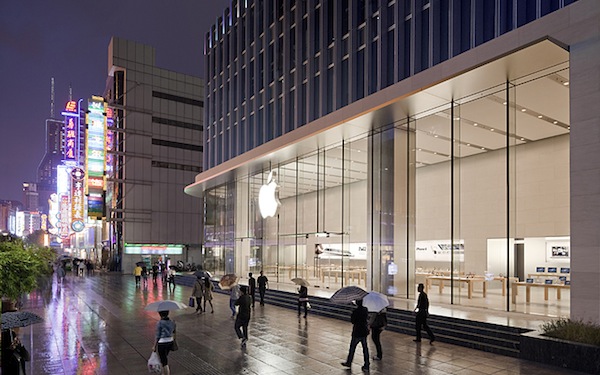 There is an assumption currently making the rounds that the workers laboring in Chinese factories under terrible conditions are a direct result of Apple’s actions. Some people almost seem to think that Apple is literally enslaving people to work on its products. Needless to say, this is not true.

The fact is that these workers have a choice, albeit a limited one, about where to work. And they are working at factories like Foxconn —which, I remind you, is a wholly separate entity from Apple— because they are better than the alternatives: no job at all, or a job that pays far worse with even harsher conditions.

Think about that. As bad as the stories that we’ve heard about working there are —and make no mistake, they are horrid and no one should have to work under such conditions— the fact that Foxconn has a six-month waiting list of people hoping to become employees seems to suggest that they are still much better than any other opportunity these workers have available.

Given all that, is Apple being ethical by working with a company like Foxconn? A company that, for all its problems, still provides a significantly better alternative to the people clamoring to be hired? I would argue yes.

If Apple were to abandon their involvement with Foxconn and other abusive Chinese suppliers like these boycotts are calling for, what would happen to these workers? The boycotters apparently believe that they would be set free to find safe, well-paid work elsewhere. But if working at Foxconn was already one of the best opportunities they had, that outcome seems unlikely at best.

In reality, they would likely be forced to take a job at another factory with even worse pay and worse conditions. Or perhaps have no choice but to perform peasant work for a fraction of the money they were earning before. Worst case, they may not even be able to find another job at all.

If the goal of a boycott is to assuage the guilt of first-world citizens for buying Apple products made under harsh conditions, Apple leaving China would certainly accomplish that. But if the goal is to make things better for the workers themselves, the only realistic option I can see is for Apple to continue what they’re doing: work with these companies, demand better conditions, conduct audits, and have the workers paid as well as possible for people in their position. 1

Yes, the conditions these workers labor under are terrible. They may have no better choices in their economy, but that doesn’t mean what’s happening there is okay. If first-world companies are going to continue to do business with China and Chinese companies, the only ethical thing for these companies to do is demand continual improvement. And we too should demand as much of those companies whose products we buy.

But the fact remains that as of now, these people will be exploited no matter what we do. Ceasing to provide them better employment opportunities will not help them. Quite the opposite: it will only leave them subject to even worse alternatives. Given that, I believe the best thing we can do is support companies that are taking responsibility for improving conditions and wages for the people that make their products. And right now, the company that is taking the most responsibility…is Apple.