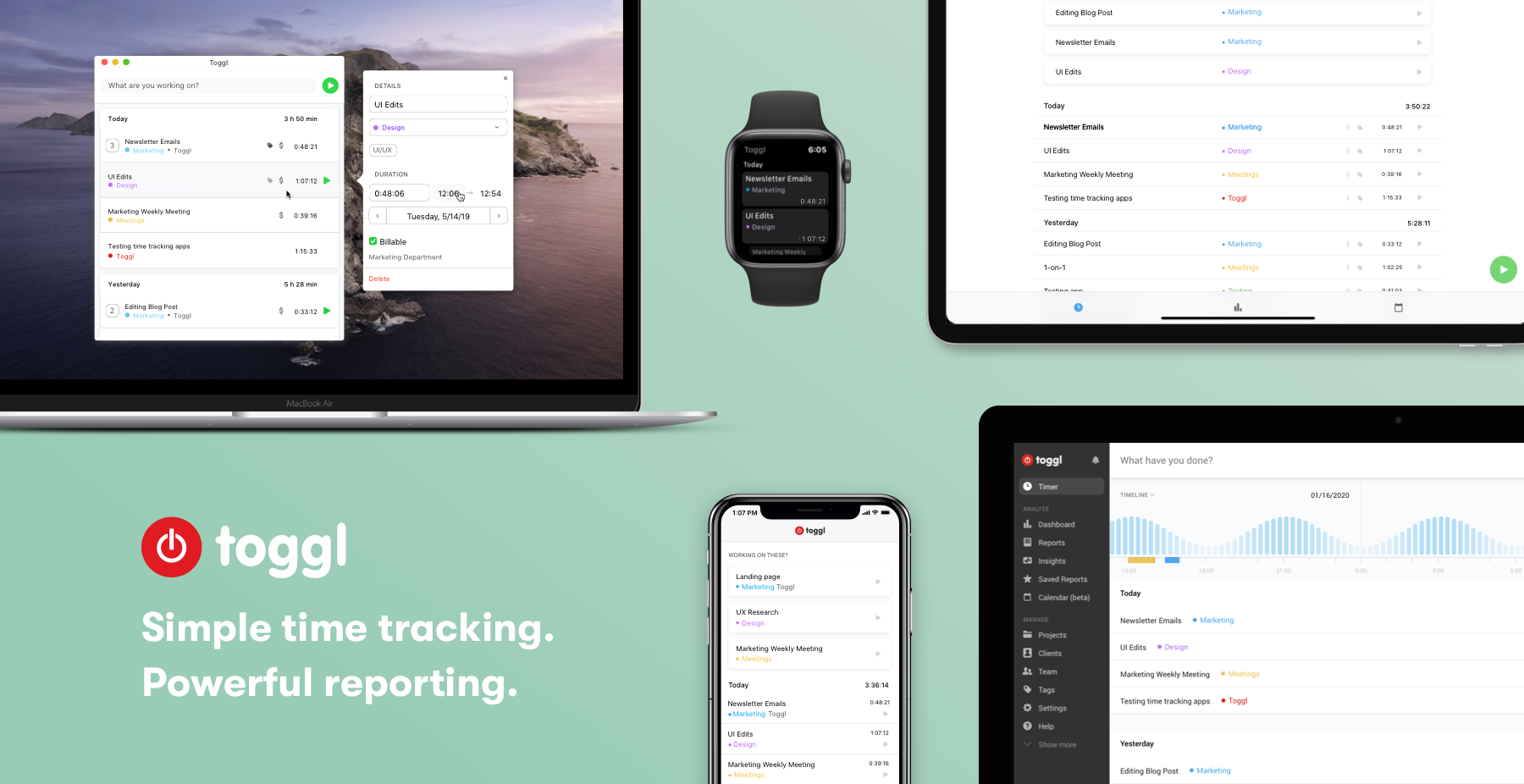 Toggl brings together simple time tracking with powerful reporting. It’s a combination that allows you to account for your time effortlessly and gain valuable insights, and now is a terrific time to sign up for a paid annual plan. That’s because to celebrate the new year, Toggl is offering 20% off its annual plans if you sign up before January 17th!

With iOS, Mac, and web apps, it’s easy to start and stop timers whenever and wherever you’re working. All it takes is a single click or tap and you’re up and running with your time entries syncing seamlessly in the background. Each app is free and designed for the hardware on which it runs. For example, on iOS, Toggl works with Siri and Shortcuts. There’s an Apple Watch app too.

There’s also a fantastic new timeline view on the Mac for quickly pinpointing the gaps in your day. Toggl can also privately monitor the apps you use on your Mac to help remind you of how you spent your time. The app can even set Pomodoro timers to remind you to take breaks, and for Macs with a Touch Bar, there’s a handy Global Toggl Button for starting timers that’s always visible when Toggl is running.

Tracking only gets you so far though. That’s why Toggl generates powerful, professional reports that provide valuable insights and make bookkeeping a breeze.

Simplify your time tracking. Download Toggl today for the Mac and iOS and be sure to take advantage of the 20% discount on paid annual plans by signing up before January 17th.

Our thanks to Toggl for sponsoring MacStories this week.