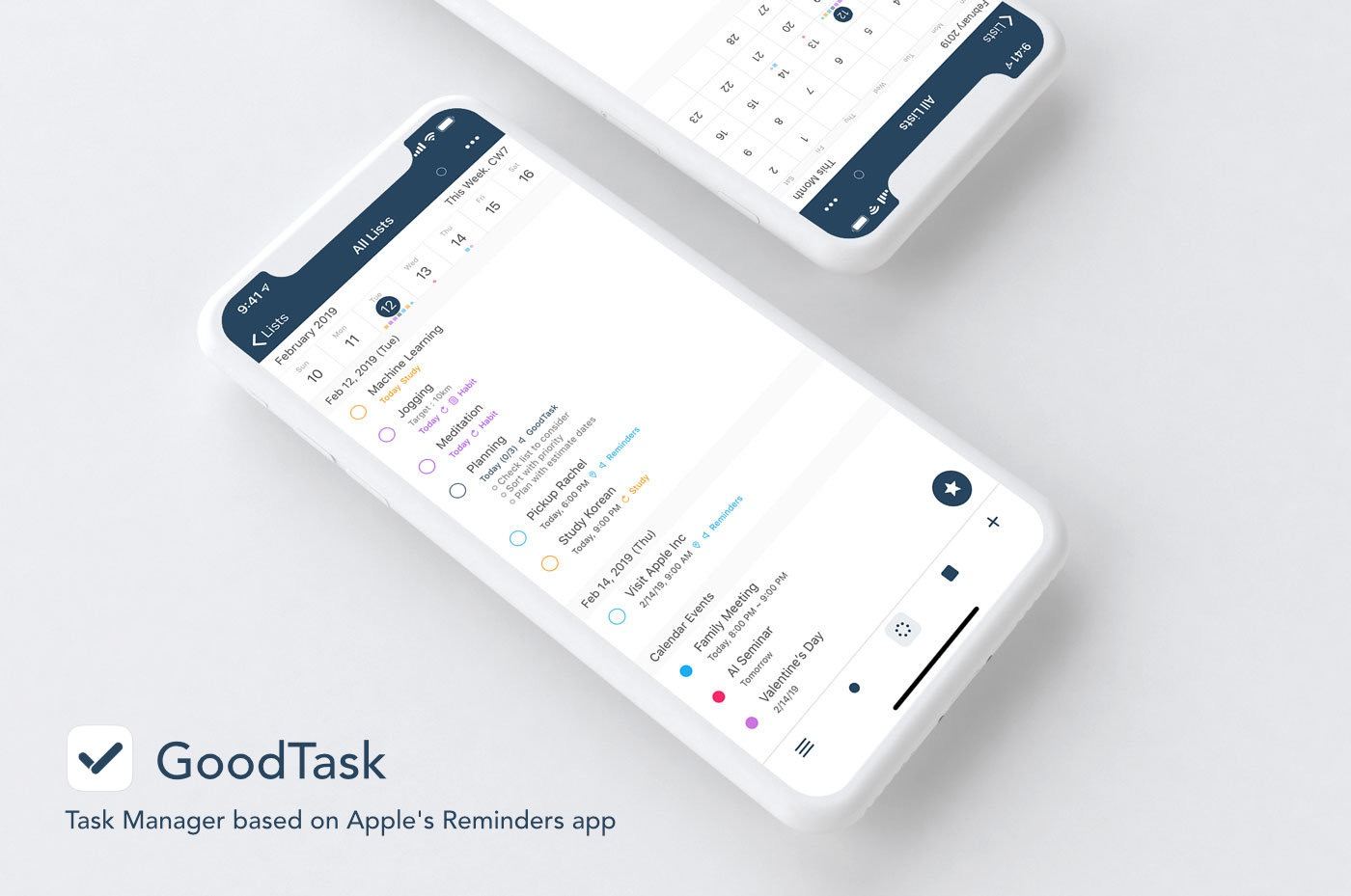 GoodTask is a powerful task manager for iOS and the Mac that’s built on top of Apple’s Reminders app. By leveraging Reminders, GoodTask syncs to all your iOS devices and Macs, supports Exchange, and works seamlessly with Siri shortcuts. But that’s just the start.

Tasks can be filtered using GoodTask’s Smart List feature. Smart Lists act like saved searches allowing you to view subsets of your tasks. For example, maybe you want to find all of your un-dated tasks with a certain tag. With Smart Lists, that’s incredibly simple to set up.

Another powerful feature of GoodTask is Quick Actions. You define a grid of information to add to tasks with a single tap from the Quick Actions view. Maybe you have a project, tag, day of the week, time, or other bits of data you add to tasks over an over. With Quick Actions, the repetition of typing that information over and over is eliminated. The app also includes a Smart Button on iOS to quickly move between frequently-used lists.

Interactive notifications with Quick Actions allow users to do things like auto-snooze tasks right from a notification without opening the app. There’s also a feature-rich Apple Watch app from which you can manage existing tasks and add new ones. Add to that a handy Today widget and GoodTask excels at being available no matter the device or context. The app’s iOS icons are customizable and you can switch between a variety of themes or make them yourself to set GoodTask up exactly the way you want too.

Take charge of task management today by visiting GoodTask’s website to learn more about its Mac, iOS, and Watch apps and discover the power of the premier task manager based on Apple’s Reminders app.

Our thanks to GoodTask for sponsoring MacStories this week.