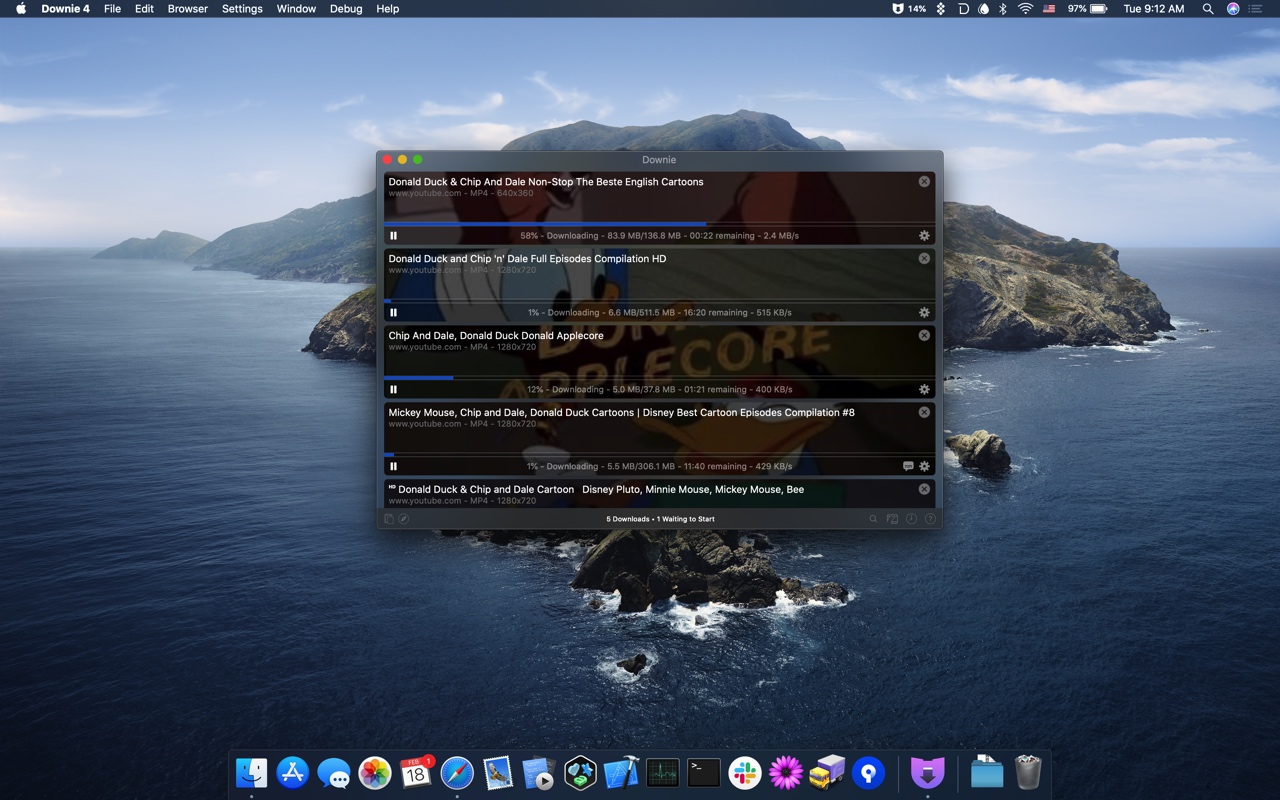 Downie for Mac simplifies the process of downloading videos from YouTube and over one thousand other sites. Just drag a URL from your browser into Downie or onto its dock icon from sites like YouTube, Youku, Bilibili, and Vimeo to immediately download a video. You can even copy text containing video URLs and paste it into Downie to start a download.

Downie is efficient and organized. Instead of downloading now, queue downloads for later. It’s a great way to process dozens of videos while you sleep and aren’t using your Internet connection for something else. Downloads can be organized automatically into folders too based on source and playlist, saving you the hassle of organizing them yourself.

When you use Downie, you also know you’re getting the best version of a video that’s available. For example, unlike many other download apps, Downie can download the 4K version of a video from YouTube if one is available. It’s that sort of attention to detail, combined with attentive support, frequent updates, and localization that makes Downie a great choice for video downloads.

Downie 4 was just released with a redesigned UI and great new features that make the app better than ever. Now, you can control Downie from the menu bar and hide the dock icon if you’d like. Downie is also up to six times faster than before, saving you a lot of time when downloading and processing large numbers of videos. Metadata is written to a JSON file now too, making it easy to process later.

For a limited time, Downie has a special 25% discount just for MacStories readers. All you need to do is use this link to purchase the app. You can use the coupon code D1B766ED at checkout to get the discount too.

Expand your video collection the easy way today, with Downie.

Our thanks to Downie for sponsoring MacStories this week.