Earlier this week we rounded up all of the important Apple-related announcements from the first couple days of CES. Some of the highlights were major TV manufacturers adding AirPlay 2 and HomeKit support, the first HomeKit doorbell, and accessories to complement Apple’s latest devices. If you haven’t seen it yet, be sure to check out that first roundup.

As much ground as we covered in that initial piece, the convention has continued on these past few days with plenty more announcements worth noting. Here are more of the top accessories, HomeKit devices, and other interesting products announced at CES. 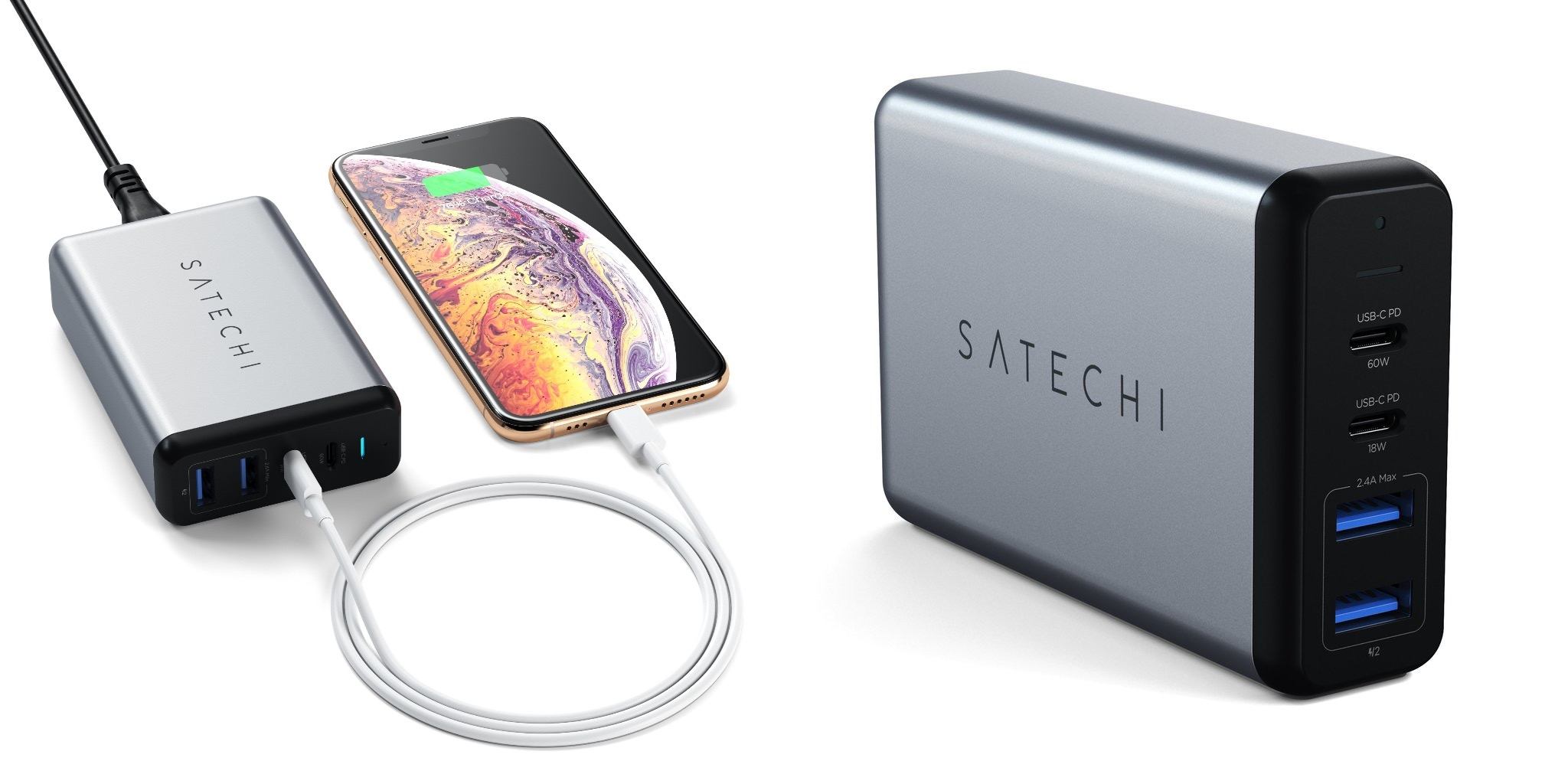 Satechi has debuted two new USB travel chargers this week: a 75W model that includes two USB-C and two USB-A ports, and a 30W model with one USB-C and one USB-A. The devices can make for great alternatives to needing to carry a variety of chargers with you during travels; with the 75W model, for example, you could connect a MacBook, iPad Pro, iPhone, and Apple Watch all at once. The 75W model is available now for $70, and the 30W model will launch later this month for $30.

If you’ve been on the hunt for a flexible, heavy duty Thunderbolt dock for your MacBook Pro, Elgato has just the product for you: the Elgato Thunderbolt 3 Pro Dock. The dock carries a sleek, pro-friendly look and includes two USB-A ports, two USB-C ports, headphone input and output, an SD/microSD card slot, a Gigabit Ethernet port, display port, and two Thunderbolt 3 ports. It’s an impressive device, but it comes at a hefty price: $349.

Last year at CES Tile announced it would integrate its tracking device technology into accessories from third parties, such as Bose headphones. This year that story’s continuing, as Tile announced partnerships with Toshiba, Qualcomm, Silicon Labs, and Dialog. Expect Tile-integrated devices from these companies to launch in the coming months. 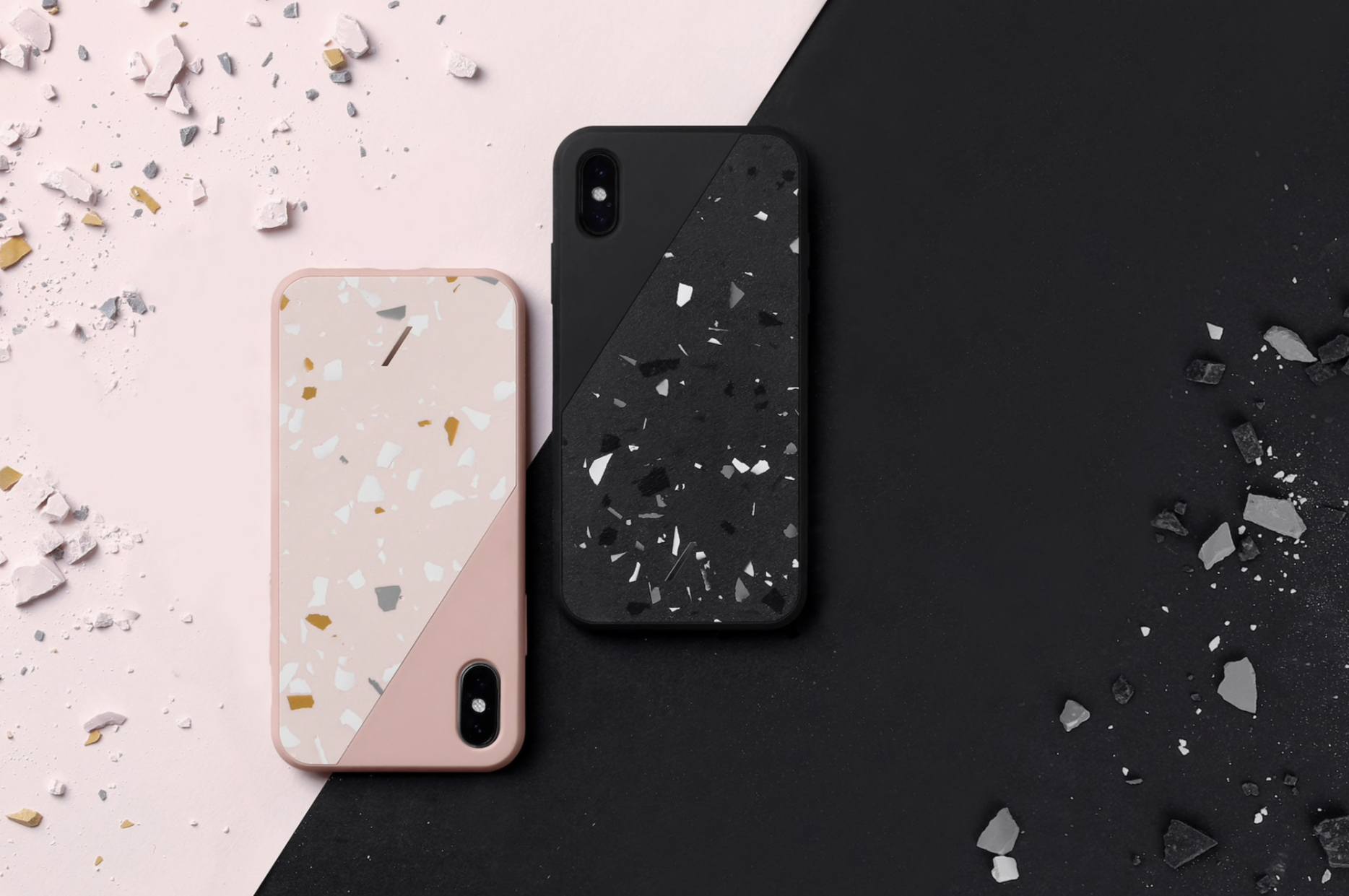 Native Union has introduced special Terrazzo versions of its existing wireless charger and cases for iPhone XS and XS Max. The new designs are available in Black and Rose, both of which are attractive options that could help give your tech a fashionable look.

YubiKey is a device that can add a second layer of security to your web logins, plugging into your device as a way to authenticate your identity. Until now, however, the device has never worked with iOS devices. That’s going to change later this year, because the YubiKey has received MFi certification to launch a new version compatible with the iPhone and iPad.

BaseLynx is a new modular dock and charging system from Scosche that you can custom fit to your exact needs. The system offers bases that serve different purposes: there’s a Qi charger dock, an Apple Watch charger, a USB-C and USB-A base, and finally a dock that can hold several devices in a shelving style. These four separate bases can be mixed and matched, joining together to form a single unit which is powered by a single AC outlet. Pricing and release date are currently unavailable.

It’s not technically a CES announcement, but Xiaomi this week has introduced earbuds that serve as AirPods competitors. According to MySmartPrice, the Mi Air wireless earbuds will come in both white and black, offer a strong resemblance to AirPods, and come at a fraction of the price of Apple’s popular wearables. Mi Air earbuds go on sale in China later this week, but there’s no word on a US release at this time. 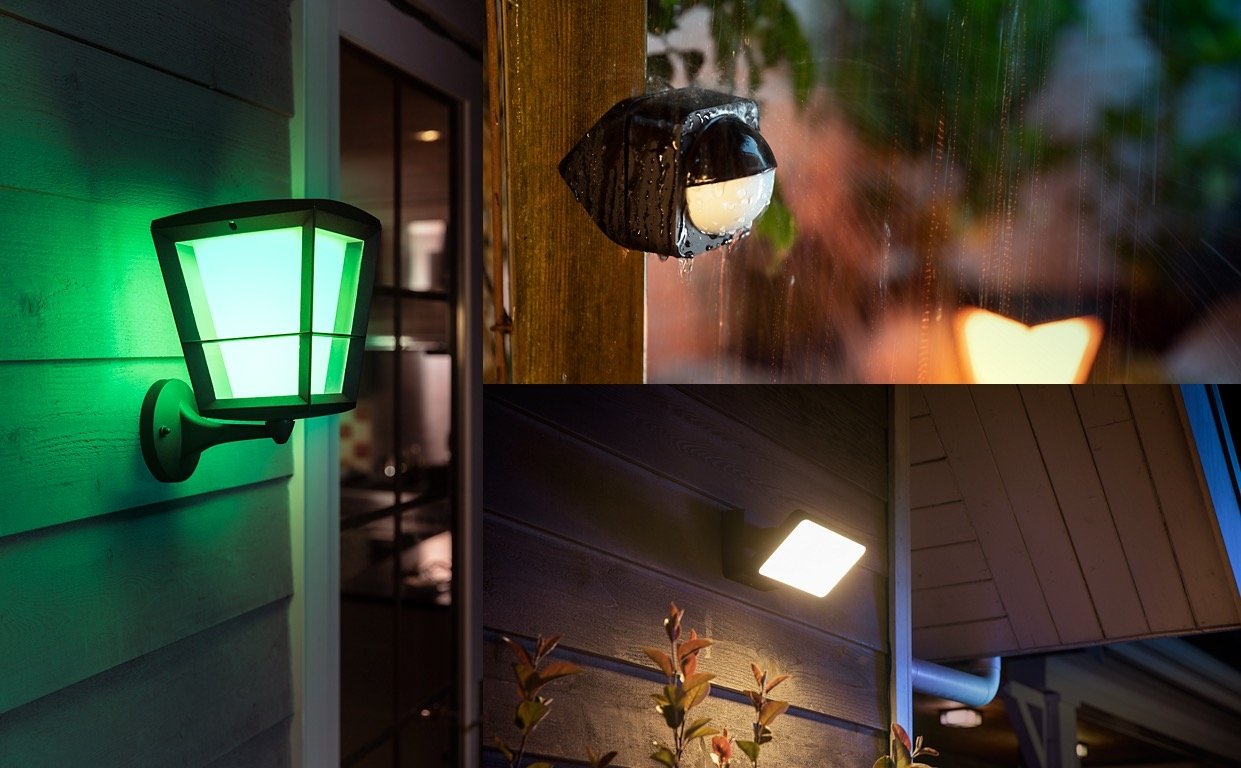 Philips has announced a range of new outdoor Hue lights and accessories launching next month. There’s an Outdoor Sensor that retails for $49; it can detect movement and trigger your outdoor lights based on your preferences. Two new Outdoor Floodlights, Welcome ($109) and Discover ($139) are the same model but in white and color options, respectively. Philips is also debuting three Econic Outdoor Wall Lights, which will be available for $129 each and serve as attractive installations for the home.

A new smart lock by Lockly, the Secure Pro, offers a whopping five different methods of unlocking it. According to The Verge, the standard keypad method is handled via a touch screen where numbers are randomly placed in different parts of the display each time, meaning the fingerprints you leave won’t give potential infiltrators any clues about your actual passcode. You can also unlock the Secure Pro via an app, a voice assistant, with a physical key, or with a fingerprint scanner. The device will support Alexa and Google Assistant when it launches this spring for $299, and HomeKit support will arrive later in 2019.

Nanoleaf, makers of the HomeKit-compatible wall light panels that can sync up with music, have announced a new hexagon-shaped tile to complement the existing options of square and triangle tiles. 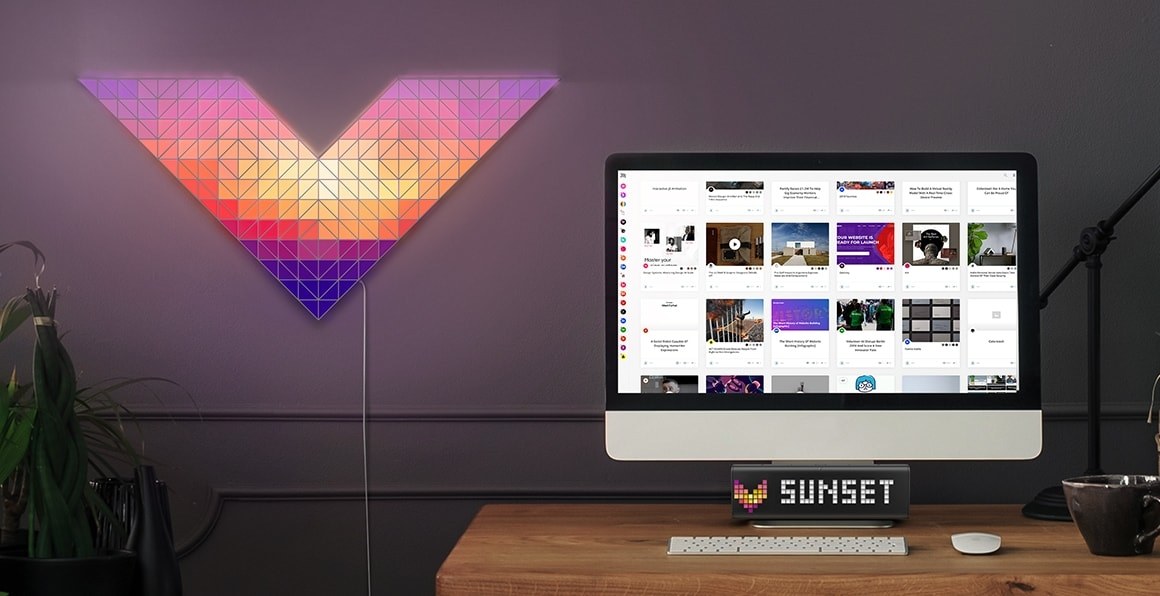 LaMetric is a new competitor to Nanoleaf with its just-announced Sky light paneling. Though there aren’t details yet on pricing, Sky distinguishes itself from Nanoleaf by offering much smaller tiles that can be configured into a wider array of creative arrangements. With Sky you can employ a broader diversity of colors at once, or even use Sky’s panels to create informative screens that display the weather, social media data, and more. Sky will include over 20 thousand built-in ‘painting’ configurations when it launches and offer full HomeKit support.

The U by Moen Smart Shower is a system that first launched in 2017, but is being updated with HomeKit support in the coming months. 9to5Mac received hands-on time with the newly HomeKit-compatible system at CES, which enables asking Siri to adjust the shower’s temperature and turn it on and off.

Harman Kardon’s Citation Series of premium home speakers was just announced, all of which will add AirPlay 2 support later this year. These speakers aren’t for the budget-conscious, but if you’re looking for high quality and Apple-friendly, they’re a nice option to have.

SiliconDust has announced a new version of its HDHomeRun tuner, a popular choice among cord cutters. The HDHomeRun Scribe Duo will cost $200 when it launches in the spring, and will serve as an all-in-one DVR option due to its inclusion of a 1TB hard drive and a year of access to the company’s Premium service. For those who already own an HDHomeRun tuner, there’s a new Servio device launching for $150 that provides 2TB of storage and connects to your existing tuner; Servio purchasers will also gain a free year of Premium service.

Sony is launching a new CarPlay receiver, the XAV-AX7000. The new model is largely the same as Sony’s existing XAV-AX5000, but with two enhancements: a dedicated physical voice button on the device and improvements to sound output.

This year’s CES has definitely been filled with more Apple-related announcements than we’re used to. Besides the surprise partnerships with TV makers to integrate AirPlay 2 and HomeKit, we’re seeing the first big benefits of Apple’s move last year to make HomeKit easier to adopt via software authentication. Additionally, the wealth of new accessories announced for iPhones, iPads, and Macs highlights how strong 2018 was for new Apple hardware designs. It’s going to be a fun year ahead in the world of connected devices and accessories.