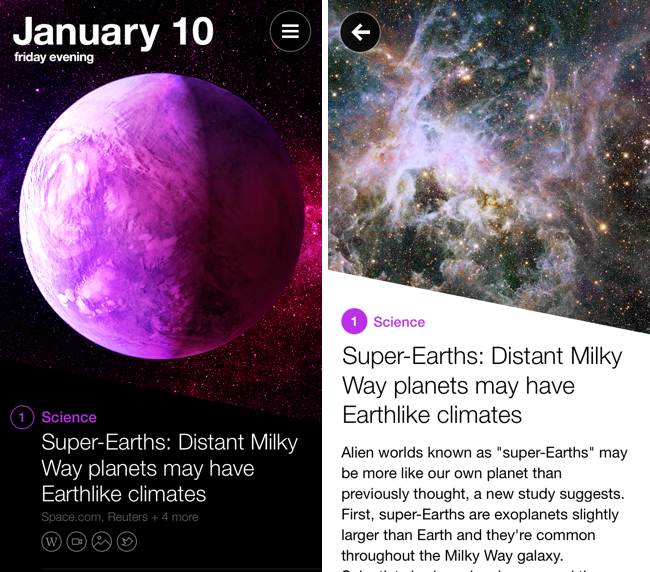 As someone who both enjoys long form content and sharing what I think others might enjoy, it’s easy to write off Yahoo News Digest as something that feels indifferent. Unlike the Evening Edition, which features important world news summarized by real people, Yahoo boasts its mobile digest as a product of algorithms, whose editors bring together the day’s hot topics into smart summaries from multiple sources. It’s considered to be the result of Yahoo’s $30 million acquisition of Summly, with founder Nick D’Aloisio taking charge behind the company’s initiative into the “news for everyone” space.

It’s not a new endeavor, however, if you consider previous forays like Livestand, which brought news and weather together in a magazine-like format on the iPad. Then there’s Yahoo’s self titled app, which later integrated Summly to create an endless stream of news, entertainment, sports, and lifestyle content. Even Yahoo’s homepage is a landing page for those subscribed to Internet service providers like AT&T, delivering trending topics, stories, local weather, and stocks to anyone who wants to log into their provider’s email accounts. This is unlike Google, whose homepage is barren sans occasional promotions and informational snippets. Needless to say, Yahoo has been dishing out news for a long time.

Yahoo News Digest is their attempt to modernize the thirty minute local or national news segment, re-imagining it for mobile as series of articles covering current events from around the world. Digested down to eighteen articles, nine for the morning and nine for the evening editions, Yahoo shares what they consider to be the most relevant articles of the day, rounding out the day’s news under traditional topics such as US News, World News, Entertainment, Sports, etc. It’s a news service built for the masses. 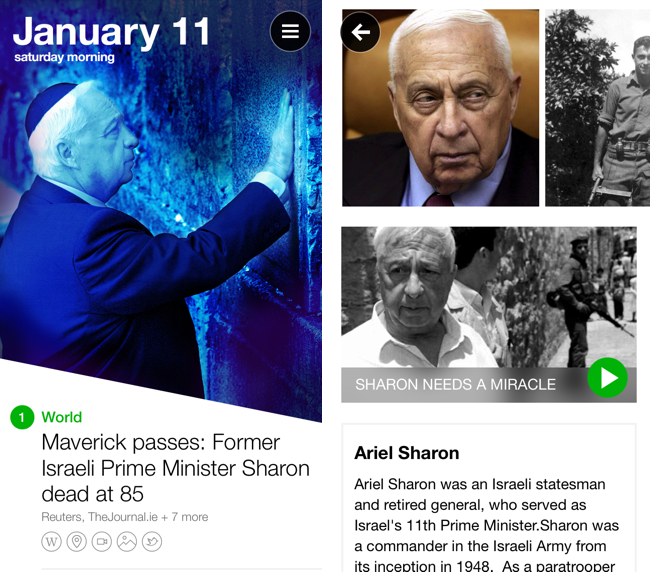 Yahoo does a respectable job of bringing together and linking out to a number of sources, with summaries gathered from sites like the The New York Times, Al Jazeera, and The Atlantic Wire. I think of it as a modern take on the aforementioned “news rundowns” that you might hear on broadcast TV networks like CNN. It’s a welcome change of pace and a convenient alternative for staying in the know, especially for young, mobile savvy, and newspaper averse cable cutters.

To examine how Yahoo’s digest brings together news, let’s rewind to a subject we’re all familiar with from earlier this week: consider the privacy implications Google raised when they automatically opted all of their users into a feature that would let anyone on Google+ send emails to a profile’s associated Gmail address. Yahoo’s Friday morning digest presented a relatively concise and accurate summary of the issue, bringing together all of the relevant facts while linking to a number of tweets from outlets such as CNET, Forbes, and the Wall Street Journal. The summary attributed its references to sites like The Verge, where many of us at MacStories saw the news first. Personally, I think putting privacy issues like this in front of a lot of eyeballs is a good thing.

However, you can start to see the limitations of Yahoo’s algorithms at work. The Verge compared Google’s recent privacy controversy to the privacy settings of Google Buzz, an older social networking product that was discontinued in 2011. Because of how it was framed, Yahoo’s digest needlessly links to a Wikipedia article that expounds upon the long forgotten and niche social network. And because popular celebrity Diddy tweeted out his Gmail address, it took precedence in the digest’s tweet stream over organizations who were actually tweeting about the topic at hand.

Contrary to the previous example, Yahoo excels at disseminating information around people and locations. Summaries on politicians, celebrities, and athletes are rounded out with Wikipedia links, maps showing where the event took place, photos, and videos that consist of panels, analysis, or interviews from various news outlets. Where traditional news articles might have a single image and caption, Yahoo’s digest throws complete image galleries, videos, and a list of sources at the end of each summary. 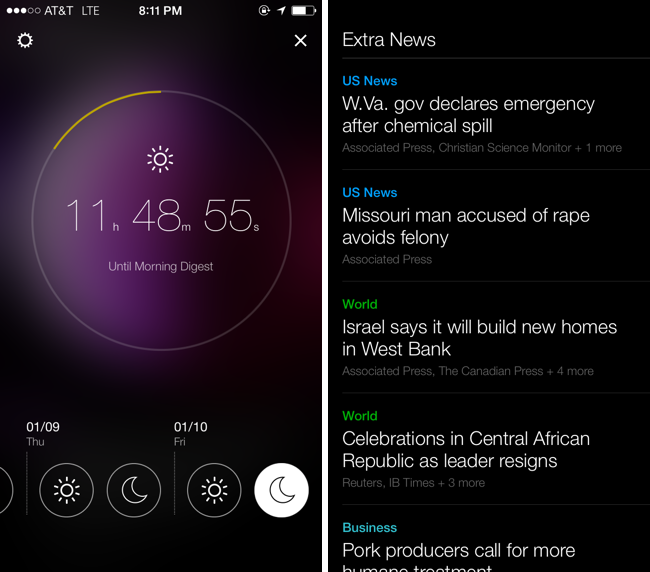 The app’s production itself is also good. You’ll see a lot of Yahoo-isms like the parallax sliding transition between articles and images as seen in Yahoo Weather, and you’ll see a lot of the same fonts and color palettes found in Yahoo’s other apps. With CES wrapped up, I can’t help but think of Yahoo’s edgy big picture being reminiscent of LG’s webOS interface for their latest smart TVs, or ESPN’s previously released app for Windows 8.

As far as presentation goes, I think Yahoo has put together an attractive reading experience. Morning and evening issues come in light and dark themes, and it completely changes the atmosphere of the app. The day’s digests don’t disappear forever: instead everything is archived under a hamburger button. And if you’re looking for more to read, Yahoo even presents a handful of extra articles once you scroll past the digest’s top picks. The only overlay in the app is a clock that lets you know when the next digest comes out.

We who are tech savvy are prone to isolate ourselves in our interest bubbles. We have our favorite authors, long lists of blogs “that we can’t miss” in apps like Reeder, and smart people linking to smart things on social networks we invest ourselves in. Knowledge is power, and we celebrate a culture of learning and sharing. But there’s so much happening that in picking and choosing where to focus our attention, it’s easy to become oblivious to what’s happening in the rest of the world. It’s easy to be offended by the idea of Yahoo’s digest, because it strips away context and replaces hard reporting and journalism with basic overviews of issues we care about. At the same time, it’s at least bringing forward current events and facts that we otherwise might not be aware of in a reasonably consistent way. I’d argue it’s not dissimilar from the front page of a newspaper.

One of D’Aloisio’s reasons for creating Summly was to give people enough to understand the content behind a headline, but not bore people or take up too much of their time. He wanted to fix news on mobile, to cater articles to the connected generation. For us, it’s something that’s not confined within the boundaries of Silicon Valley. For the masses, it’s another form of the same thing we already get from popular news outlets boiled down to what Yahoo considers to be “the most important bits.”

Yahoo News Digest is a free download from the App Store.