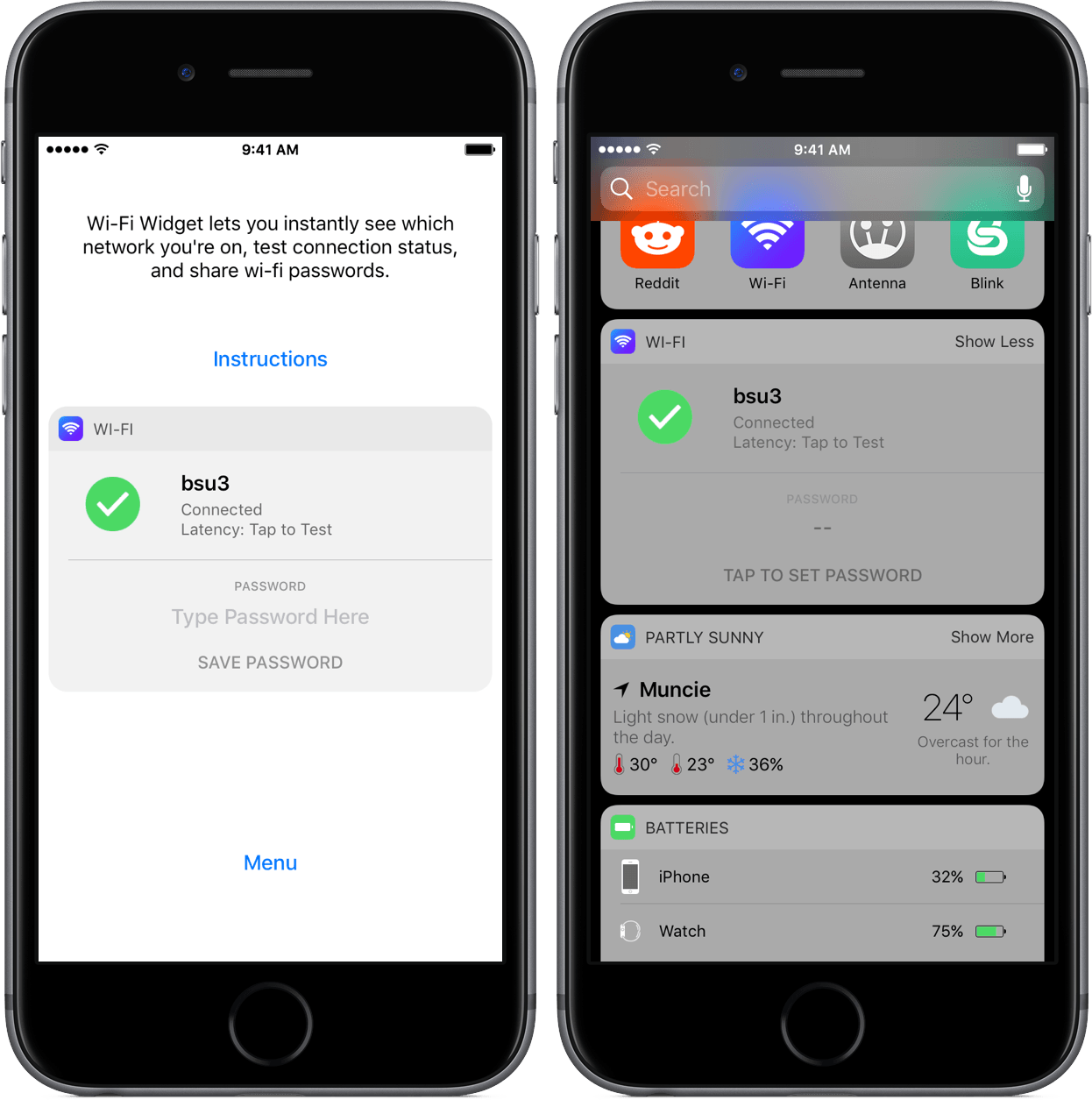 Wi-Fi Widget is a once-in-a-while iOS app that feels Mac-esque – it’s a utility that is practically sans-interface, yet adds something minute enough to the system to invoke a “Why hasn’t this been done before?” response.

The app’s functionality is dead-simple: in the widgets screen on iOS, Wi-Fi Widget will display information about the Wi-Fi network you’re connected to, including the name and, if entered into the app previously, the network’s password. Also incorporated is a latency test for a quick way to know your network’s speed.

Once you download Wi-Fi Widget, it’ll walk you through the setup process, instructing you to add the widget through a step-by-step guide. After the widget is added, the only time you should need to return to Wi-Fi Widget is to enter the network’s password so it can display in the widget screen.

Although I haven’t been using Wi-Fi Widget for long, I can already see the benefits it can offer me. When I’m on campus, I often lose connection or experience network slowdowns – with Wi-Fi Widget, I don’t have to dive into Settings to see if I’m on an unwanted network. Additionally, when I’m at home and have friends over, a shortcut to the Wi-Fi password is super useful.

If you want to give Wi-Fi Widget a try, you can pick it up in the App Store as a Universal app for a limited-time price of $0.99. After the sale period wraps up, the price will be bumped up to $2.99.