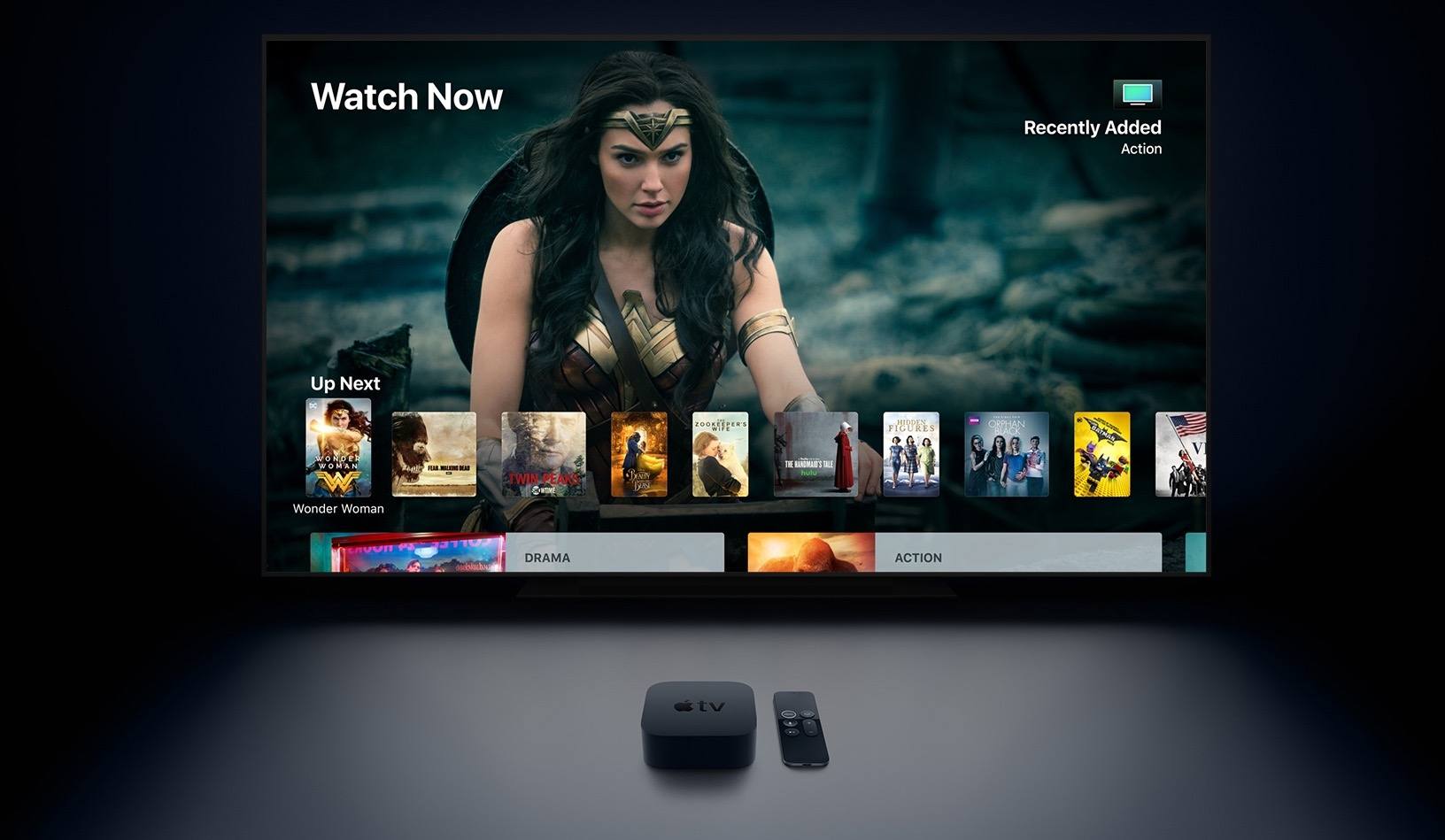 WWDC was big this year, introducing new iPad and Mac hardware, Apple’s arrival into the smart speaker market with HomePod, and a variety of exciting software releases across iOS, macOS, and watchOS. But one of Apple’s main platforms was almost entirely overlooked: tvOS. During the WWDC keynote we received word that Amazon Prime Video would be coming to the Apple TV, but nothing else. Sessions held later in the conference revealed that a new version of tvOS did exist, and that it would be coming this year, but the details prove that it’s the smallest release in the OS’s young life. You could say that the focus of tvOS 11 is incremental improvements; the updates here are nice, but they hardly merit a major numbered release. 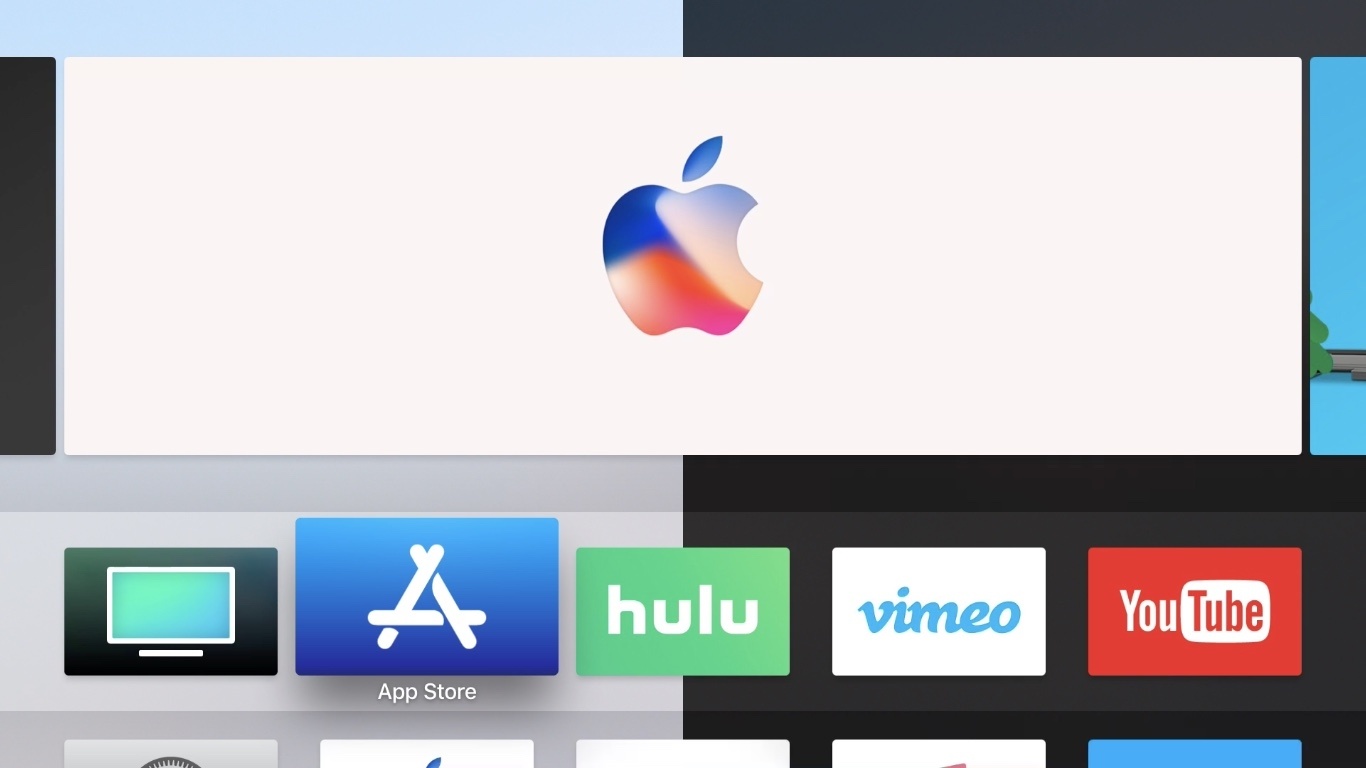 When the fourth-generation Apple TV launched in late 2015, it came with a bright, white-dominated interface that many found less than ideal for home theater setups. I’ve always been a fan of the original tvOS interface personally, but I know many Apple TV owners celebrated the advent of a new dark appearance option last year in tvOS 10. Though tvOS 10 gained the TV app and Single Sign-on later in the year, when it initially launched, dark mode was its hallmark feature. Perhaps as a sad indicator of tvOS’s slow progress as a platform, this year’s hallmark feature is simply another iteration on the platform’s appearance: automatic switching between light and dark appearance.

While it could be argued that this feature should have been available a year ago, automatic appearance switching is a nice option to have. When enabled in Settings ⇾ General ⇾ Appearance, it makes the tvOS interface light during the day and dark at night, granting users the benefits of enjoying both beautiful interfaces at appropriate times of day. I flipped it on instantly.

Before now, if you had multiple Apple TVs in your home, or if you had to replace a faulty unit at some point, the absence of Home screen syncing was likely a significant pain point for you. We’ve all grown so used to the benefits of features like iCloud backups on iOS that when we find ourselves needing a tvOS backup and it doesn’t exist, it’s hard to believe. That problem is now remedied with tvOS 11.

Home screen syncing, like many other aspects of iCloud, is mostly an invisible feature. Thanks to the Apple TV’s persistent connection to power, battery drain isn’t a concern, so syncing works in the background without any need for user action. If you want to turn syncing off, you can do so from Settings ⇾ Accounts ⇾ iCloud ⇾ One Home Screen, but otherwise it will work as advertised, keeping Home screens signed into the same iCloud account consistent with each other in every way. Add, delete, or rearrange an app on one Apple TV, and the same will happen on your other Apple TVs. 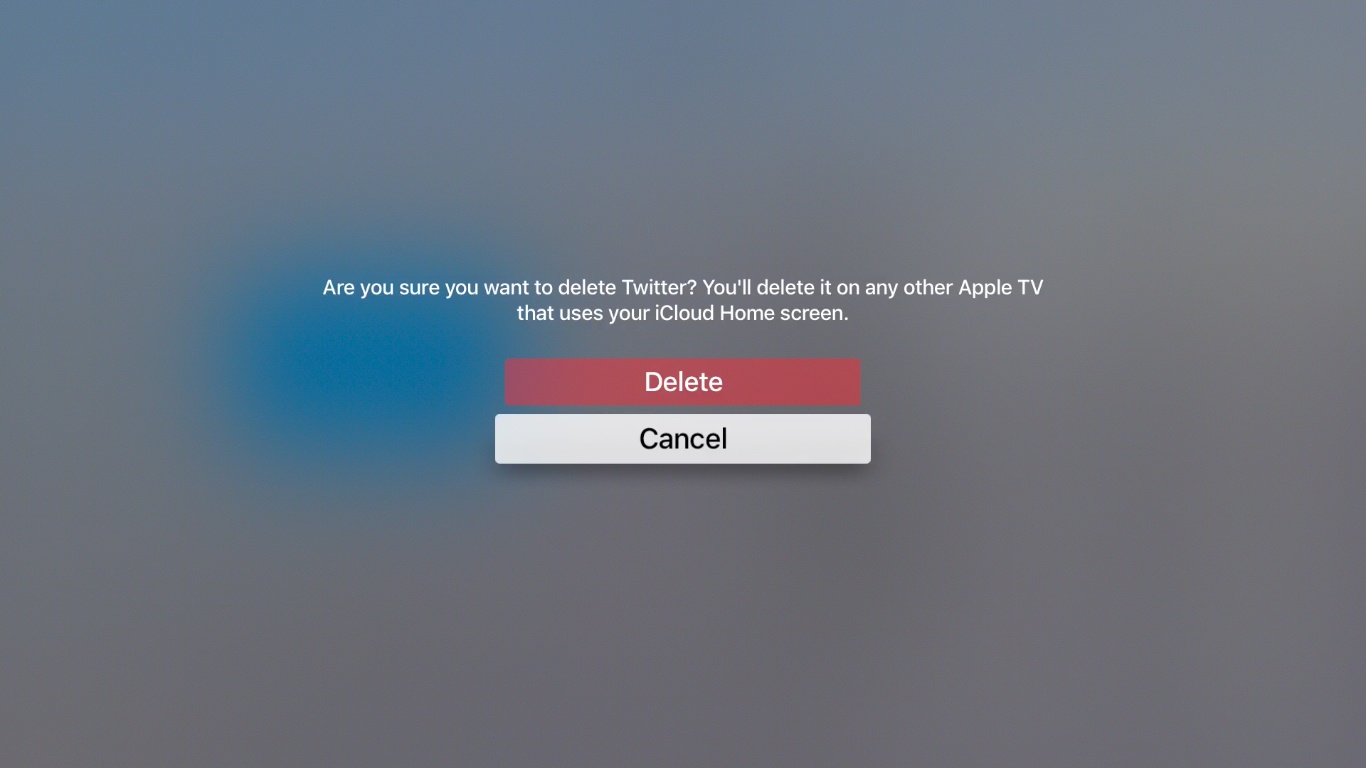 While I’m sure the majority of Apple TV owners don’t have multiple units, the recent introduction of the Apple TV 4K may change that in the near future. Personally, I’ve grown accustomed to moving my single Apple TV between the living room and bedroom – partly because I didn’t want to pony up for a second unit, but also because I didn’t want to bother with having to manage a second unit. Home screen syncing solves the latter concern.

Last year’s much-anticipated Single Sign-on feature arrived late, and had minimal impact. Due to the lack of support from most major television providers, only a tiny percentage of Apple TV users were able to benefit from Single Sign-on’s streamlined approach to authenticating your TV service in various video apps. Consider tvOS 11 the true arrival of the feature, which now sports a huge number of supported television providers, including a couple big hitters like DIRECTV and PlayStation Vue.

There are no other major user-facing features in tvOS 11, but a few smaller things are worth mentioning.

Time of Day in Progress Bar. Tapping, but not clicking, the touch-sensitive area of the Siri Remote while a video’s playing has always shown a progress bar counting down the video’s remaining length. In tvOS 11 that behavior remains, but now if you perform a second tap on the Siri Remote, the bar’s countdown changes to show the current time of day along with the exact time when the video will end, removing the need for user calculations.

AirPods Support. When AirPods launched last year, tvOS was the one modern Apple platform lacking automatic setup of the wireless earbuds; if you wanted to use AirPods with your Apple TV, you had to connect them as a new Bluetooth device. With tvOS 11 that changes, so now if AirPods have been set up on any of your other devices, you’ll be able to easily connect to them from an Apple TV too. AirPods can be selected from a couple different places: by swiping down on the Siri Remote’s touch surface to view audio source options1, or from Settings ⇾ Video and Audio ⇾ Audio Output. 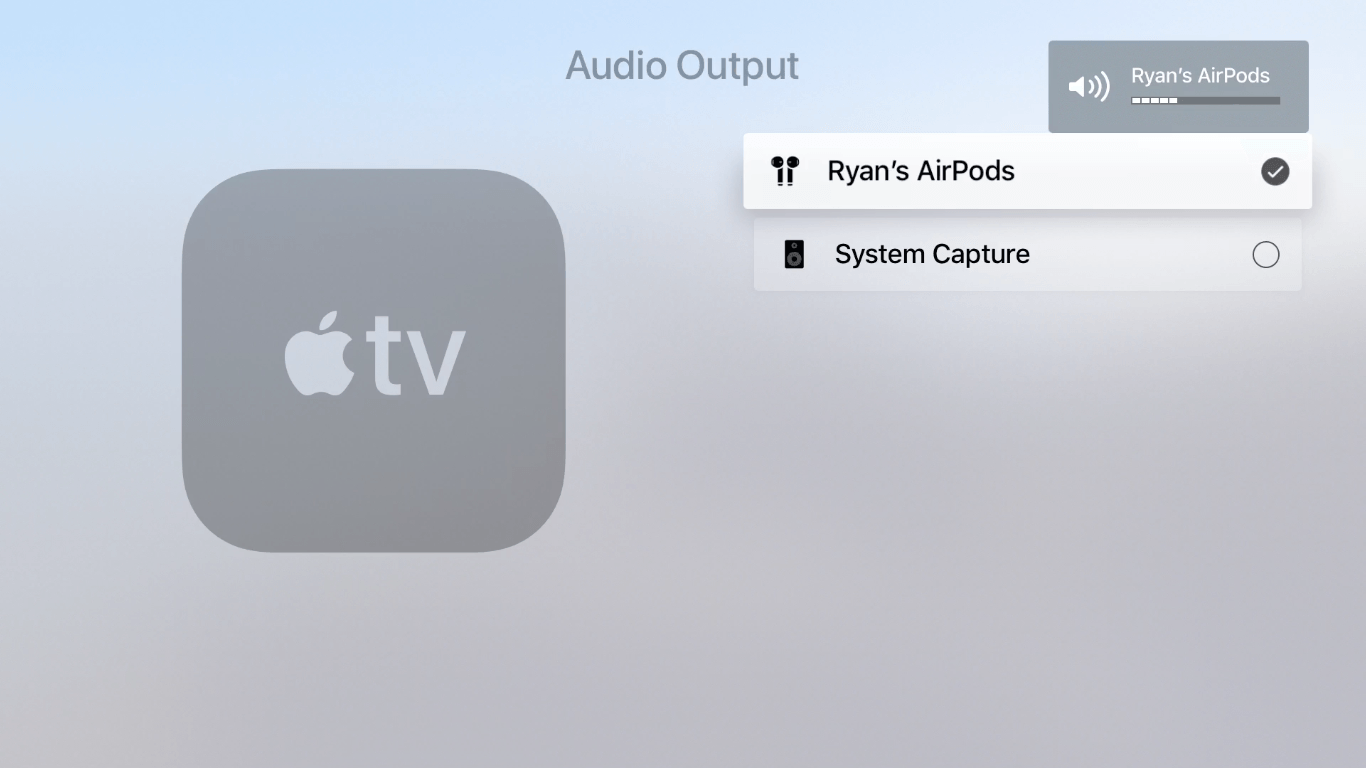 Music and Podcasts. In the area of OS compatibility, the Music and Podcasts apps have been updated with features borrowed from their iOS counterparts. For Podcasts the update is extremely minor: the Unplayed and My Podcasts tabs have been renamed to Listen Now and Library respectively, matching the accompanying tabs in the iOS app. Apple Music gains social sharing and My Chill Mix, enabling you to see what music your friends are listening to, and access a new, weekly personalized playlist, all from the For You tab.

Later this year, Apple’s TV app will gain support for live sports and news, but until then, Apple TV owners are left with a minor software update with a couple nice features, and not much else.

Following the unveiling of the Apple TV 4K – a significant upgrade in sheer power over its predecessor – the Apple TV finds itself in an awkward place: with advancing hardware, but little change to the software. I use my Apple TV every day, almost exclusively in the TV app, but Apple’s 2015 vision for the product was bigger than making it merely a place to watch television: it included games, apps for shopping and vacation planning, and more. Since that time, there’s little Apple has done to foster a healthy ecosystem of apps on the platform. Maybe that Apple-designed gaming controller is still in the works, along with other improvements to apps on tvOS – but for now, tvOS 11 brings positive change, but nothing revolutionary.