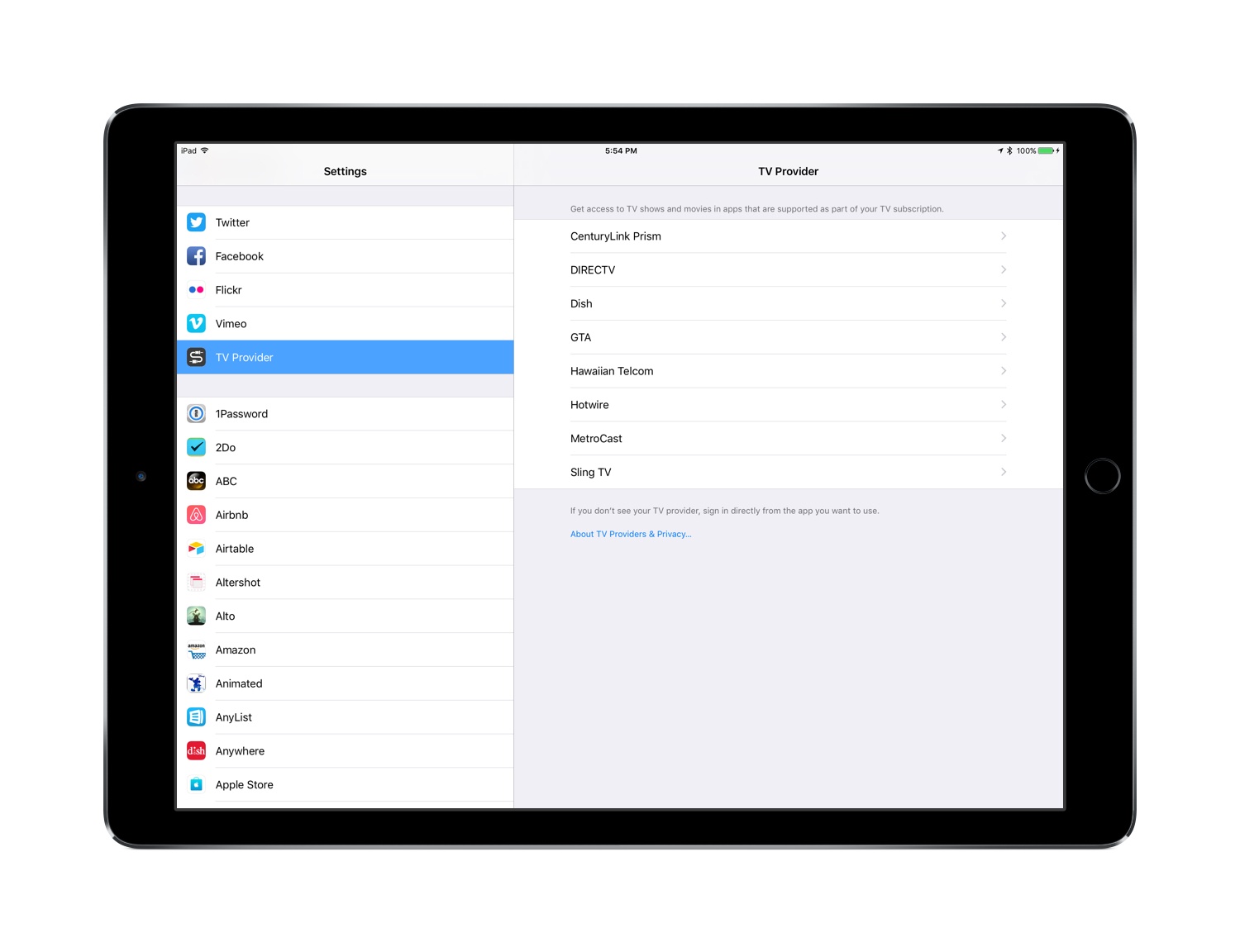 Today Apple launched its new Single Sign-on feature to all devices running version 10 or later of tvOS and iOS. The feature requires no software update or any other user action to get it.

Announced at this year’s WWDC, Single Sign-on was originally intended to ship with tvOS 10 in September, but ended up being delayed to later in the fall. The feature, which is available only in the U.S., allows users to enter their TV credentials once to gain access to content their TV plan entitles them to from a variety of video apps like NBC or USA NOW. Its delay was a disappointment to anyone who has experienced the annoyance of repeatedly proving that they pay for cable or satellite service. Now that Single Sign-on has officially arrived, its usefulness depends entirely on whether your TV provider is a launch partner.

Apple has a support page listing the details of which TV providers currently support Single Sign-on, and also which apps support the feature.

Look for Apple to update these lists in the weeks and months to come as more TV providers and apps come on board.