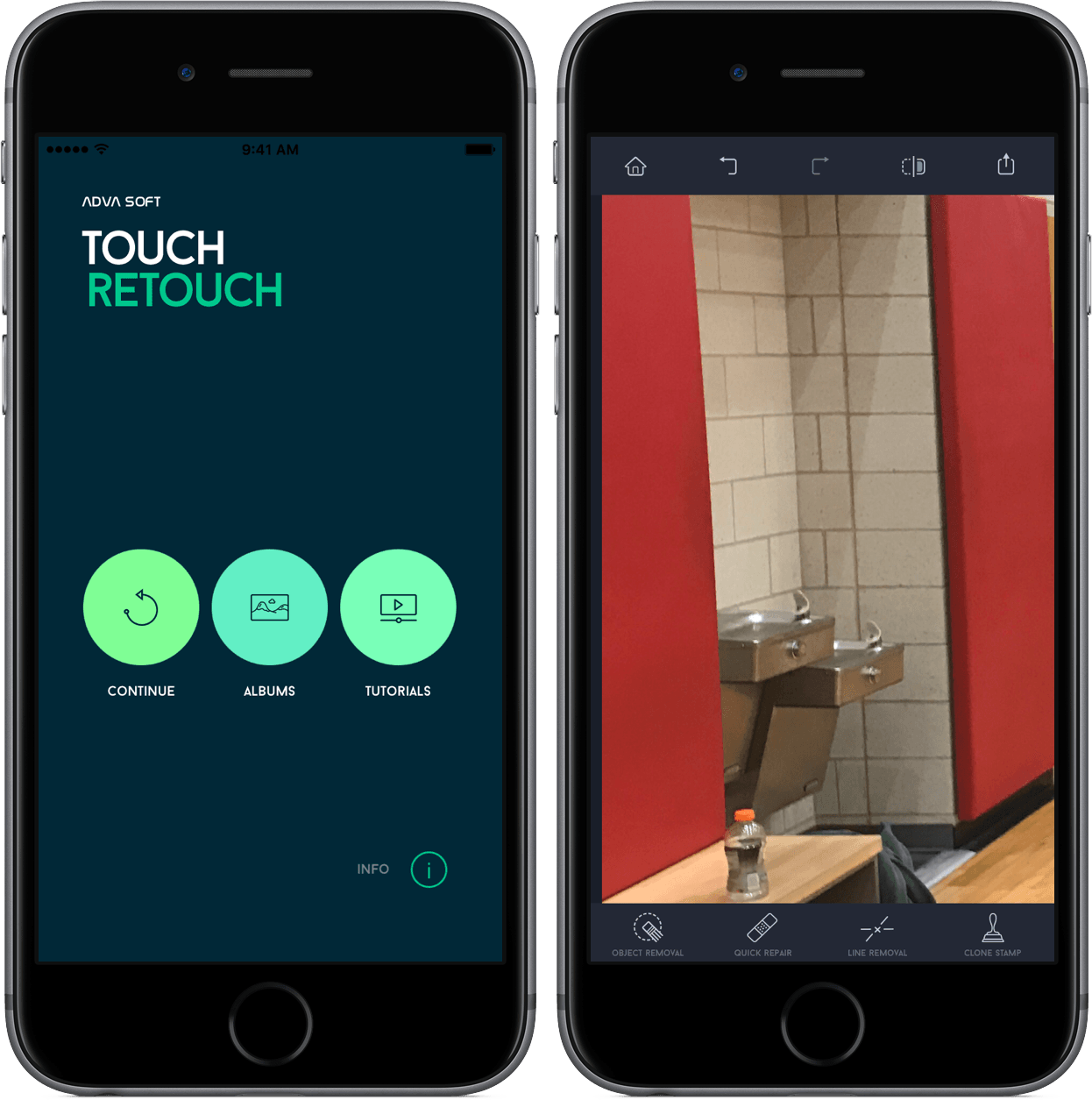 On my best days, I’m a novice photo editor – a lot of my work involves color and brightness tweaks to make my shots look better. If I’m feeling adventurous, though, I’ll try to touch up the pictures and remove unwanted objects, blemishes, or lines.

A lot of times, that ends in horrible failure.

However, TouchRetouch makes me feel like a pro photo editor. In just a few taps, I’ve been able to remove elements in my pictures at my will, making my photos look much better than before. And with a pretty interface and a low price, I think I’ve found another tool to add to my repertoire. 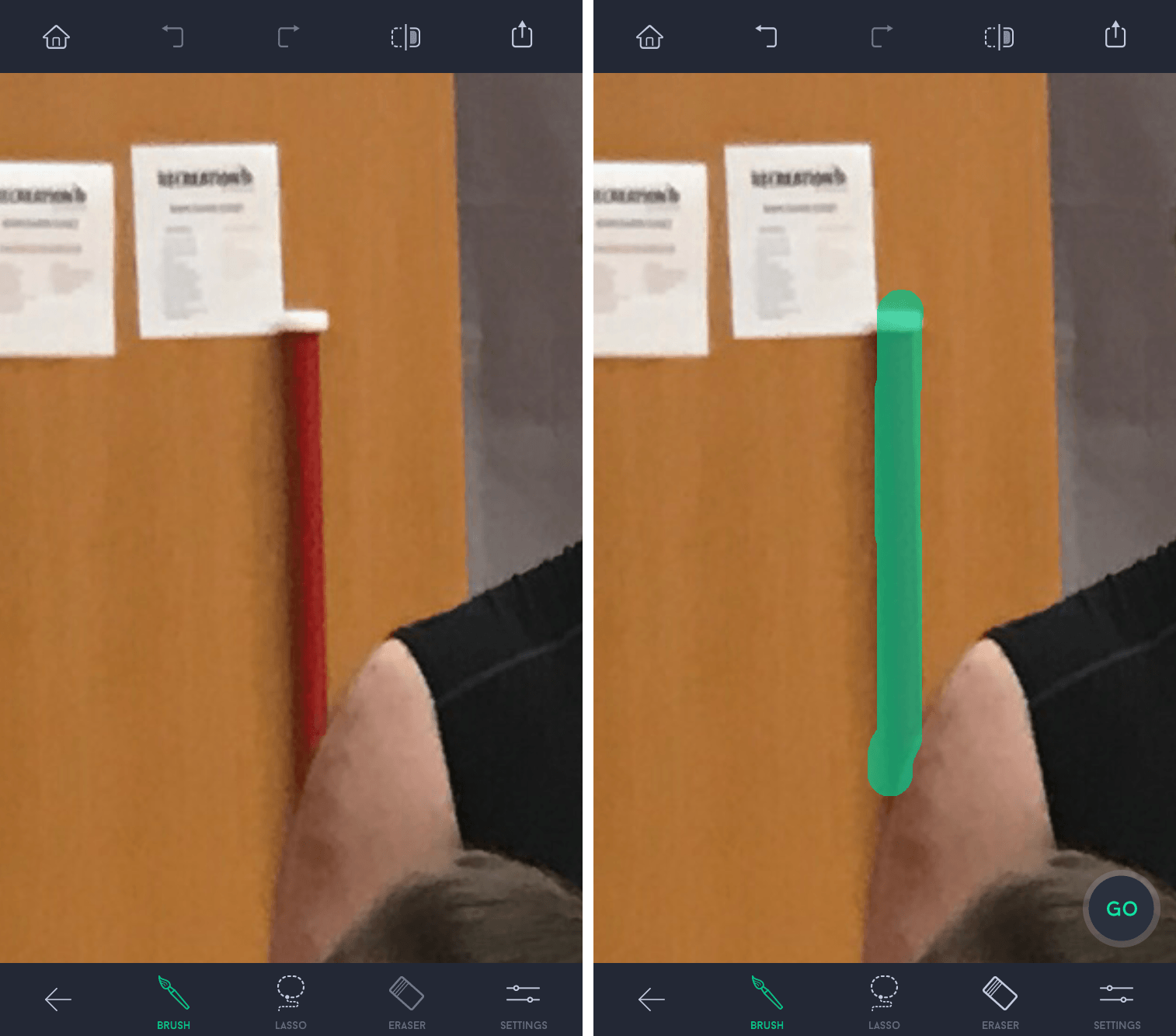 Removing objects in photos, especially when doing it on the iPhone, is something I always am wowed by when it works. Although it can be a bit tricky (and sometimes fall completely flat), TouchRetouch’s object removal tool gets the job done.

After selecting your photo and “object removal”, you’ll choose to either use a brush or lasso to remove your object. Drag your finger over the wanted part of the photo, hit ‘Go’ at the bottom right corner, and the object, with some potential fiddling, should be gone.

I mention the fiddling only because in my experience, the object removal tool doesn’t always work the first time. In many instances, I’ve had the feature get rid of the object right away; however, there are times that I need to go through the process a couple of times to get it right.

My usual photo editor, Pixelmator, has a similar feature that I’ve used before downloading TouchRetouch. Generally, both apps offer about the same experience in image removal, so you won’t find much better than TouchRetouch.

One of the features I didn’t expect to use much was the line removal tool, but as I was putting it through testing, I was seeing benefits I hadn’t thought of before.

Take, for example, the series of screenshots below. 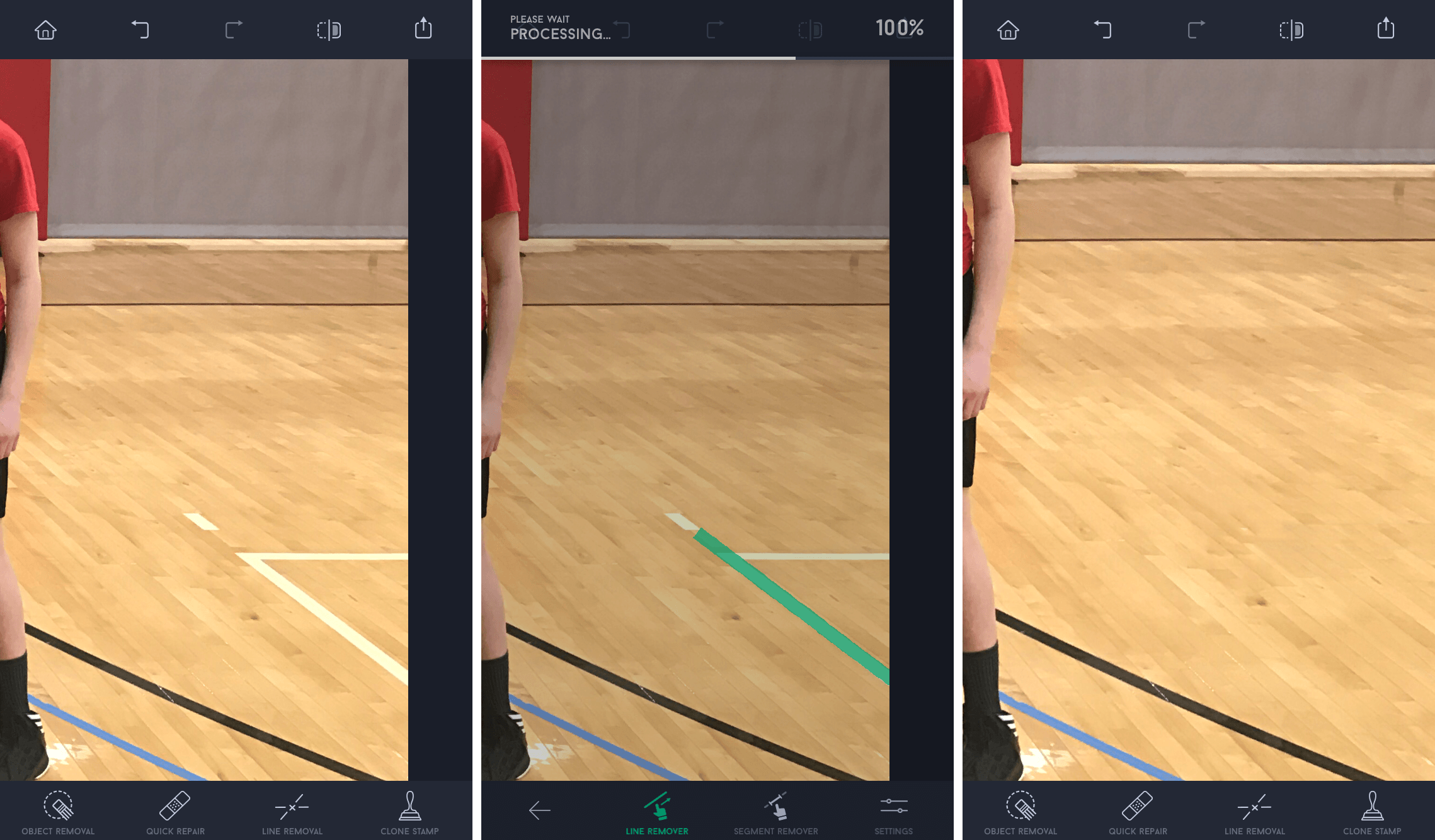 As you can see, the white volleyball lines are showing on the basketball court. While these aren’t a significant inclusion, I’d like for them to be removed to make the picture just a little better. All it takes is two taps – one for each line.

For five seconds of work, I was really pleased. While I’m not sure what this feature will do for me in the future, it certainly shows its potential in my test.

For small blemishes or imperfections in your photo, TouchRetouch includes a Quick Repair tool. This is arguably the easiest way to make changes to a photo – the only action required is a brush stroke on the image.

Without the fine tuning of the previous features, I’ve had instances where this didn’t perform as well as I was hoping. The majority of the time, though, it fares well – as long as I don’t try to make any large changes.

Since TouchRetouch isn’t a full-featured photo editing tool, it packed in some extra features to compensate. Here are some of the highlights:

As a quick retouching tool, I’ve yet to see anything that reaches the same value as TouchRetouch. At $1.99, this is an app you should get if only to tuck it away into a folder until you’re ready to put it to use. It’s certainly not something you’ll work with day-to-day, but I know I’ll be happy to launch it in the future and make my photos even slightly better.

If you’d like to give TouchRetouch a try, you can pick it up in the App Store for $1.99 (iPhone only).