The Ultimate Writing App for Mac, iPad and iPhone

This fall when macOS Mojave introduced a systemwide dark mode feature, Things added support for the new mode in version 3.7. The iPhone and iPad versions of the app, however, were left out. A lack of feature parity across platforms is always unfortunate, but that was especially true this time around because our John Voorhees  highlighted Things as having his single favorite dark mode implementation.

There’s good news though: we didn’t have to wait long for Things’ dark mode to make its way to iOS. Launching today in version 3.8, Things has added two different dark modes on both iPhone and iPad, one of which is suited particularly well to OLED iPhones.

Accessible via a new Appearance screen in Things’ Settings, there are now options for Light, Dark, and Black modes for the task manager. The former is the default appearance of the app we’re all well acquainted with, while the latter two are brand new. Both alternate appearances employ blue as the app’s accent color, with the main difference being the background color. Dark mode uses a nice shade of gray, while Black mode employs an OLED-optimized true black. 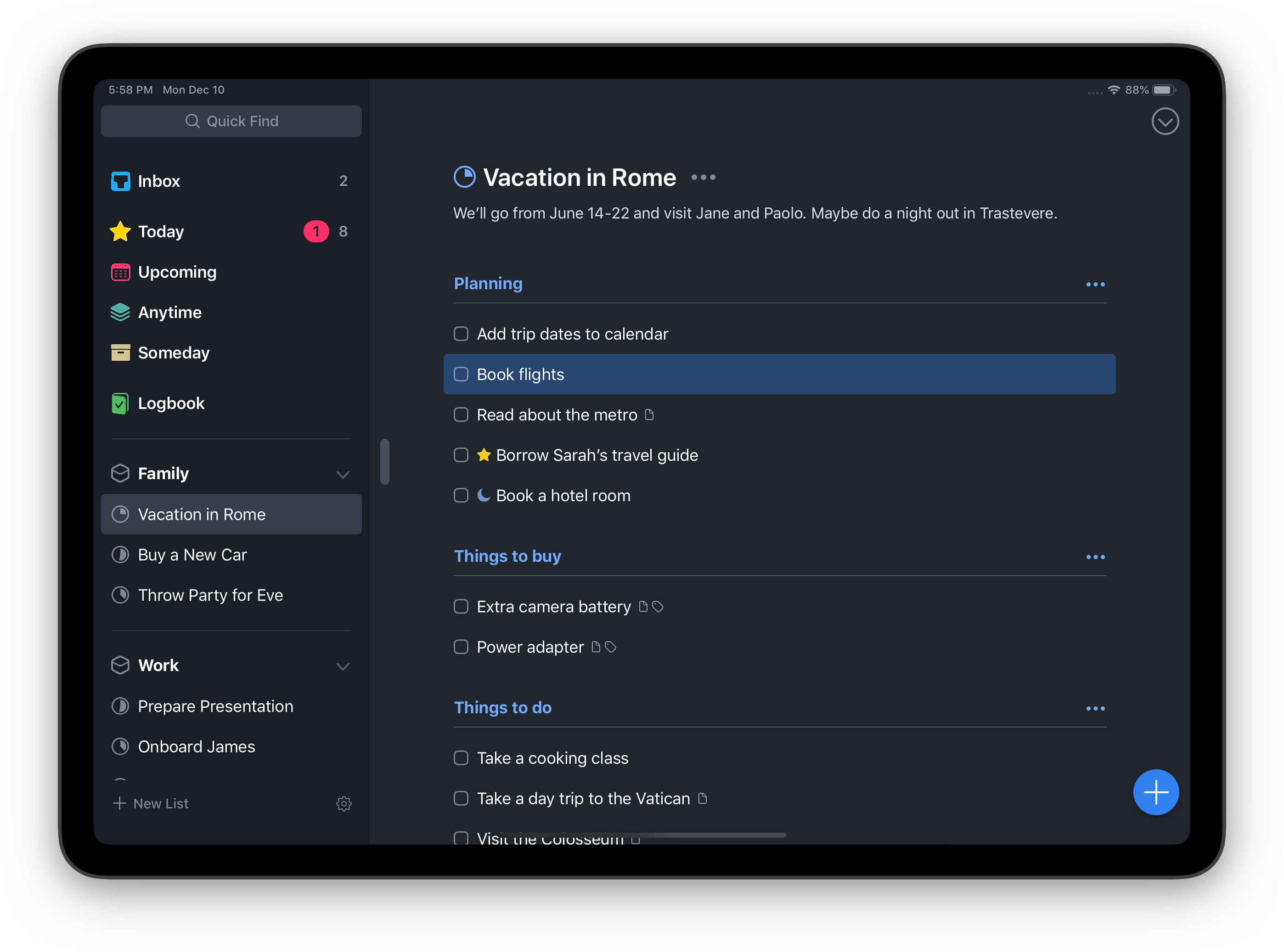 Each of Things’ appearance options can be set manually, or there’s an option to have the app switch modes automatically depending on your display’s brightness. Once you activate this toggle, you’ll see an option to choose between Dark and Black options for automatic switching, as well as a brightness threshold at which Things will change its appearance. The app’s use of display brightness to change modes should work well for users who have iOS’ Auto-Brightness feature activated, but I wish there was an automatic switching function for those who, like me, have that turned off.

Things 3.8 doesn’t introduce any other new features, but adding two beautiful dark modes is enough to make this a noteworthy release. Cultured Code has a strong reputation for thoughtful design, and its dark modes are a standout example on iOS.

Things 3.8 is available on iPhone and iPad.