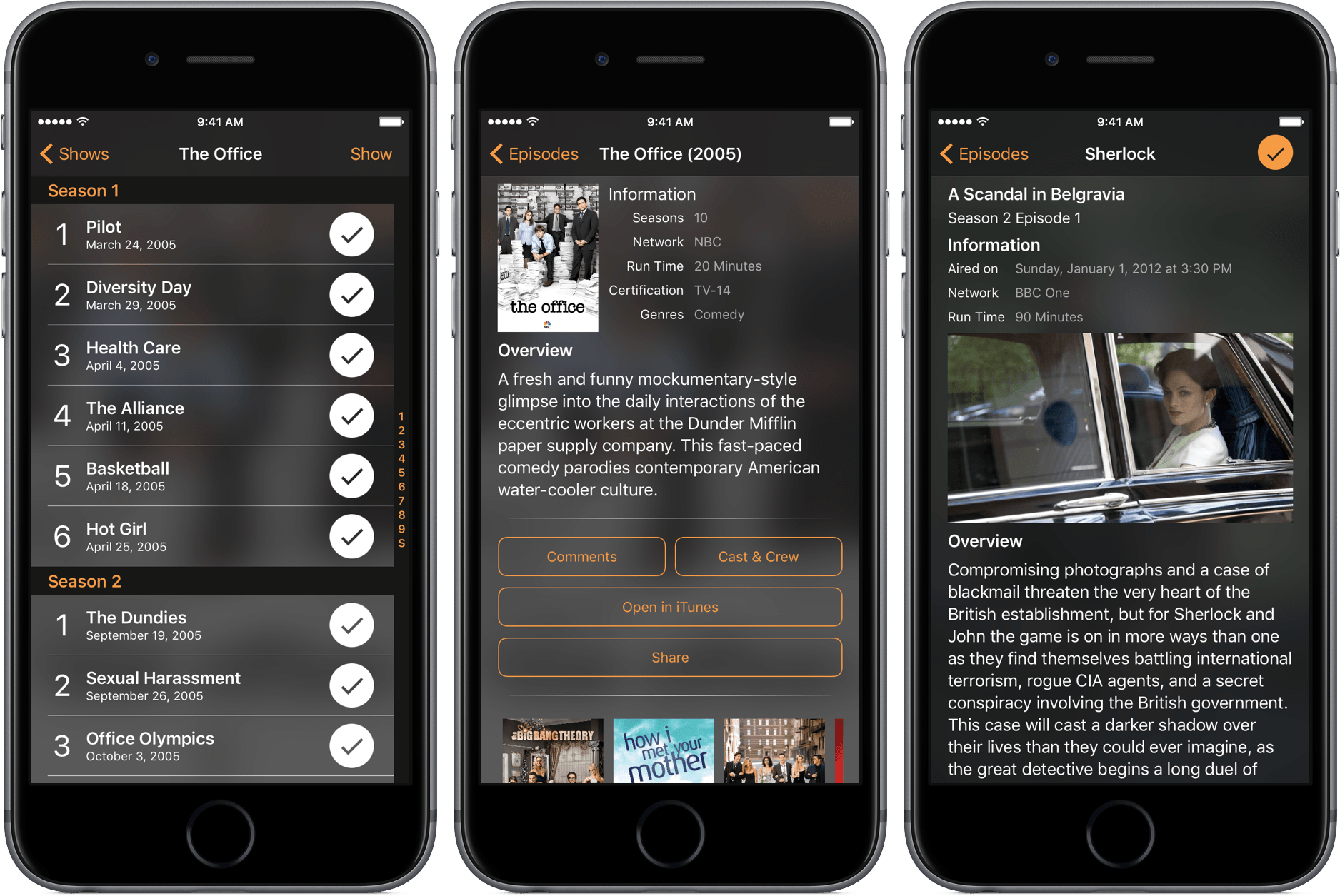 Many years ago, weekends at my grandparents’ went like this: flip on the TV, peruse through all the channels hoping to find something I like, and eventually hand over the remote to my grandfather, when he would then search the paper TV guide for that night’s programming.

The days of using those guides are long gone, but the need to see what shows are coming up is still relevant. For that, I’ve been using Television Time, a beautiful TV guide for iPhone, iPad, and Apple Watch.

Rather than scrolling through a list of channels to see what’s on, Television Time lets you choose your favorite shows – whether on cable, Netflix, or another service – to track. Through searching your favorite programming, you can set up a personal guide, which is displayed on the main screen as a running list of the poster, name, and next episode.

This itself may be enough to draw you in, but what will keep you in Television Time is the information it provides on your favorite shows. When you tap on a show, you’ll get an up-to-date list of all episodes and, after tapping on “Show” at the top right, an overview, the cast and crew, and links to open in iTunes. To get the most relevant data on a program, this is where you’ll go.

Each individual episode also has its own overview, airdate, and run time. In the episode list, you can indicate what you’ve watched by checking them off along the right side. Doing this will update the “To Watch” tab along the bottom, keeping you up-to-date on your unwatched episodes.

Television Time also includes a helpful “Discover” tab for finding new shows to watch, sorted by popular, trending, and anticipated. If you know a specific show you’re looking to find out about, a search button is presented at the top left.

Other useful features I’ve loved are:

For active television watchers, Television Time’s price of $2.99 should be an instabuy. Between keeping your viewing on track and giving you the right information when you need it, Television Time is the ultimate 21st century TV guide.

You can pick up Television Time in the App Store as a universal app here.