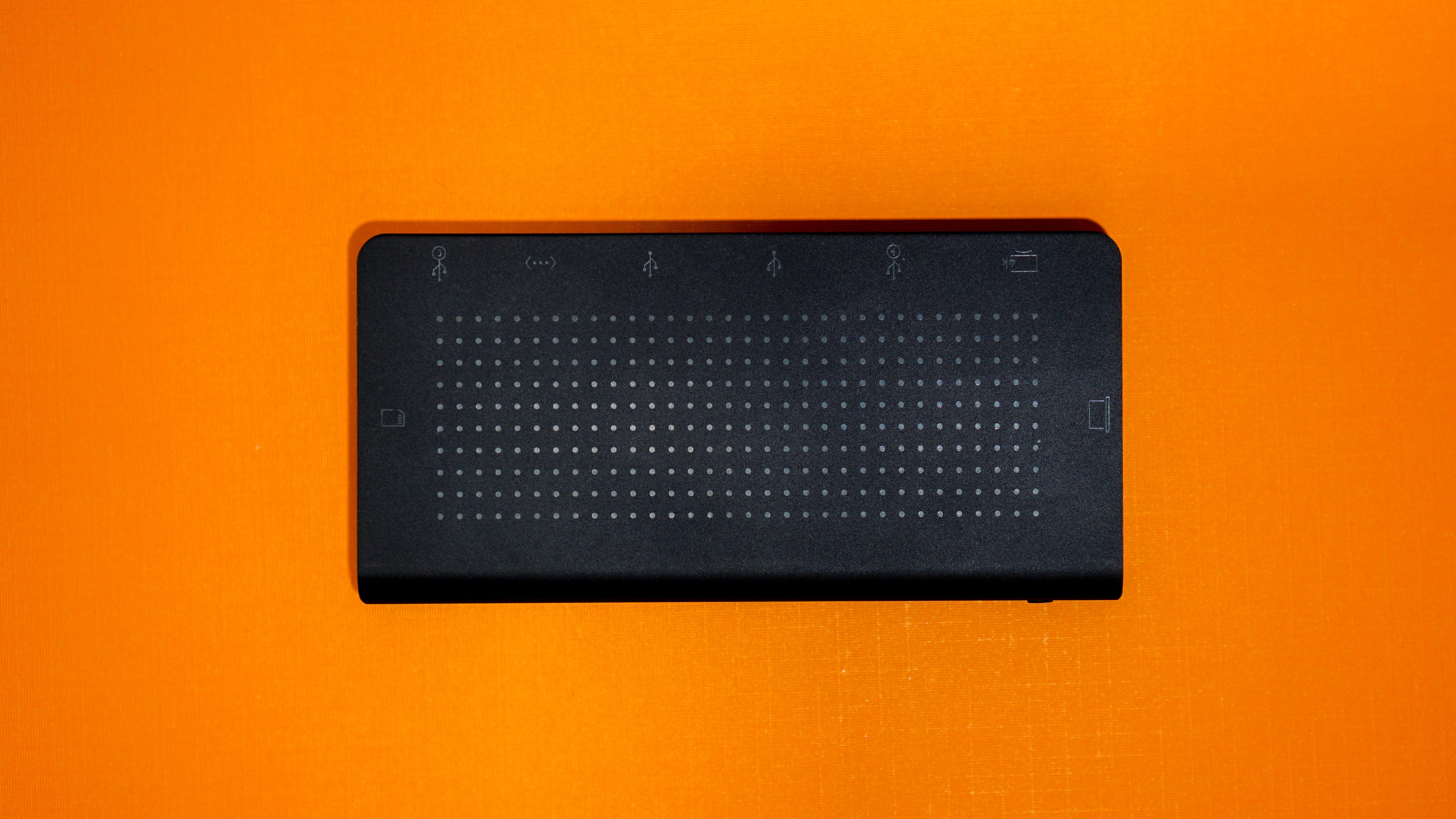 The two devices that first got me interested in USB-C hubs were my iPad Pro and MacBook Pro. With the iPad, the attraction was a single device that could connect an external display, support Gigabit Ethernet networking, and read photos from an SD card with the promise of external storage support in iOS 13. For my 2016 13” MacBook Pro, I wanted a way to easily connect legacy USB-A devices, jump on my wired network, copy photos from SD cards, connect to an external 4K display, and leave other USB-C ports open for devices I only occasionally connect to my Mac.

One of the trickiest aspects of picking a hub is finding one with ports that fit your use cases the best. On top of that, not all connections are created equal. As Federico explained in his story on his iPad setups late last year, there are a variety of USB flavors that support different data speeds and power delivery amounts as well as HDMI ports that refresh 4K video at different rates.

Since early this year, I’ve been using the HyperDrive Slim 8-in-1 USB-C Hub, which has:

I haven’t had a need for the Mini DisplayPort connection on the Slim 8-in-1 much, but the hub has handled my other needs well as I detailed in my review. However, one of the biggest problems with the HyperDrive hub is that it has a short built-in cable that can’t be removed. The trouble is that at about 16 centimeters long, the short cord causes the hub to dangle from the side of my MacBook Pro when it’s elevated on Twelve South’s Hi-Rise stand and my iPad Pro when it’s in the Viozon stand I use to write. Both setups look messy and put stress on the cable that I worry will cause it to fail eventually.

That’s why I was intrigued when Twelve South told me they were working on a way to solve the problem. The solution is the company’s new StayGo USB-C hub, which Twelve South sent me to try.

The most unique aspect of the StayGo is that it comes with two detachable cables of different lengths. The cords are 1 meter and 12 centimeters long respectively. The longer cord is perfect when my MacBook or iPad Pro are elevated. Also, unlike the HyperDrive hub, the StayGo is flat on the bottom and has four rubber feet that help it stay put on a desk or table. One end of the cord turns at a right angle too, which is useful if your Mac is in a confined space.

The short cord tucks neatly into the interior of the hub itself, held in place by a combination of friction and a nub on the side of one end that holds it. It’s a smart design that makes the StayGo an excellent travel solution because there’s never a need to search for the cable in my bag.

Overall, the StayGo is larger than the HyperDrive in every dimension and a little heavier, but I haven’t found that to be an issue because it’s still lightweight and small at about the size of an iPhone 5, but thicker and a little longer. The exterior is black aluminum, which dissipates heat, and makes the hub feel sturdy.

In terms of ports, the StayGo is similar to the HyperDrive:

So far, I’m pleased with the versatility of the StayGo. When it’s attached to my Mac mini, I use the longer USB-C cord so the ports are easier to access than reaching behind my mini. The same cable comes in handy when I’m working with my iPad Pro or testing macOS Catalina on my MacBook Pro with it sitting on Twelve South’s Hi-Rise stand. Then, when I’m away from home with just my MacBook Pro, I grab the cord that’s stowed inside the StayGo’s housing.

The StayGo doesn’t support 4K at 60Hz, USB 3.1 Gen. 2, or faster UHS-II class SD or microSD cards, but I’ve been satisfied with the speeds it delivers, especially since I have faster alternatives when I need them in most circumstances. If you need something faster though, you might want to wait for Sony’s upcoming hub, which doesn’t have a price yet, but was announced to have USB 3.1 Gen. 2 ports and SD and microSD card readers that support the UHS-II standard.

The StayGo is available directly from Twelve South for $99.99.