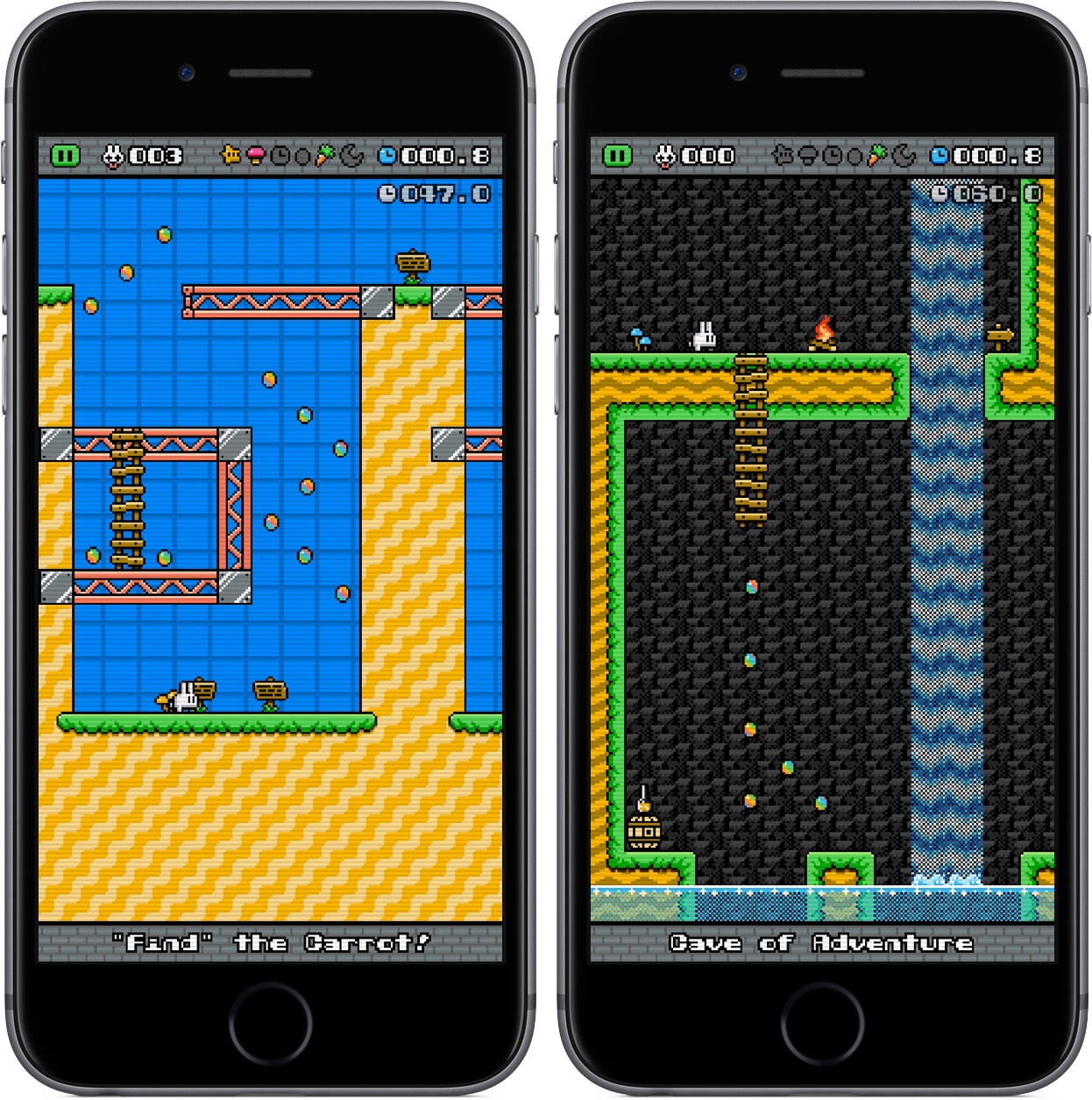 When platformers make their way to the App Store, they have a big question to answer: how will the user control the character? Some titles, like Nintendo’s Super Mario Run, offer tap-and-hold controls that assign a single task to the user; others, including the popular port Downwell, elect for software buttons simulating a console-type experience. The vast majority of platformers fall into one of these two categories, either limiting the control of the user or giving up simplicity in favor of pressing the screen in just the right place.

Run Jump Die is the best of both worlds, featuring one-touch controls that are intuitive and smart. It’s a platformer in the vein of retro classics, but with mobile and modern updates that make it feel like it belongs in 2017. The overall game, anchored by the unique control scheme, is a joy to play, showcasing just the right combination of challenge, exploration, and satisfaction.

In Run Jump Die, the only character-related thing you can’t control is the pace at which you move. You play as a rabbit, walking, scaling, jumping, and gliding your way across the level toward finding a carrot. While playing, each of your movements will be controlled by the length of your taps on the screen – tap quickly to change directions, climb ladders, and interact with signs; to make short or long jumps, you’ll need to tap longer on the screen.

Run Jump Die’s levels are set up in ways that play to the control mechanism’s advantage, making the game feel smooth and easy to navigate (for example, there’s never a sign to read directly next to a ladder). On most occasions, the controls are adapted as second nature, allowing you to focus more on the enjoyment of the levels than on your taps.

That’s a good thing, too, because the level design and overall quality of Run Jump Die is something to appreciate apart from its technical innovations. Levels feel fresh and challenging, calling back to games of old while making the platforming feel exciting. In many instances, I’ve struggled to make it through a level because it’s actually hard, not because of a wrong input.

And while the surface-level game is fun, Run Jump Die also features collectibles and tasks for completionists looking to put more time in. Speedrunners and explorers will be rewarded with badges, and you can always try to blitz through the level to set a new record time.

In terms of story, there’s not one – you’re just a rabbit trying to get its fill of carrots, I suppose. You’ll quickly find that Run Jump Die runs short on narrative – a turnoff for some, but not something that I find particularly concerning. The gameplay – the classic platforming experience brought to mobile – is what I find most compelling, and it’s where the game excels.

This review is short on in-depth information on levels or later-game mechanics, but that’s because Run Jump Die doesn’t warrant a long review. It’s a game where you tap to make your way through levels in a familiar way, and its execution is a polished and charming experience. Instead of spoiling what comes in Run Jump Die, I’d simply encourage you to pick it up for yourself, play its levels, and enjoy it for what it is.

You can download Run Jump Die in the App Store for iPhone and iPad for $2.99.