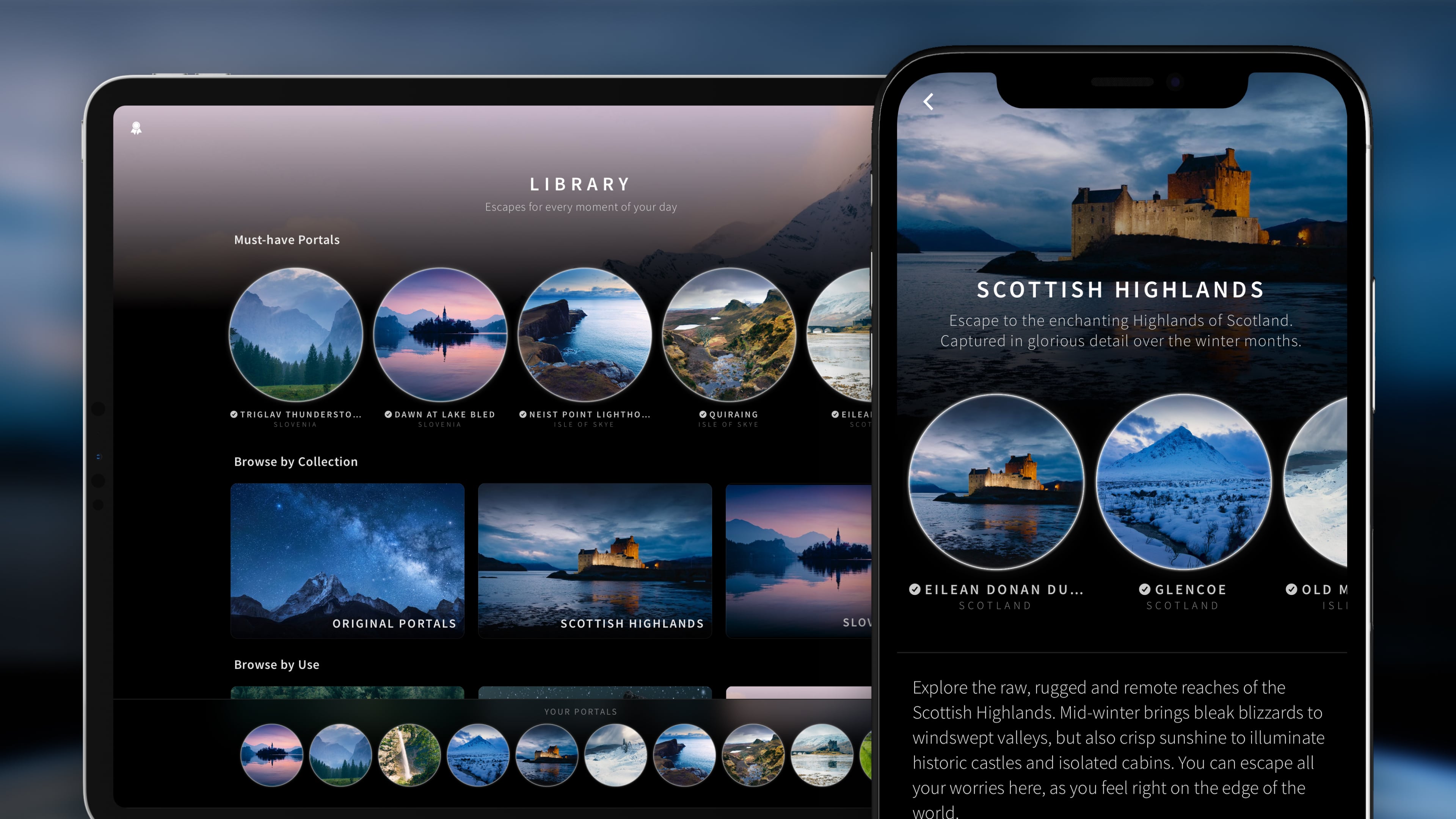 There was no better time than 2020 for my discovery of Portal, the immersive ambient noise app I reviewed at the start of the year.

Back in January Portal impressed me with its multifaceted approach to providing an escape from your current surroundings. Not only are the app’s 3D soundscapes of a high sound quality and perfectly paired with headphones, especially noise-cancelling ones like AirPods Pro, but Portal also engages your other senses to help you focus, sleep, or mentally escape when you can’t physically escape. One way the app does this is through its visual scenes, which provide each different sound portal with a location’s snapshot that your imagination can lock on to. Another way is via Philips Hue integration, which enables your home lights to automatically sync to different colors and brightness settings that fit best with the portal environment you’ve chosen. This combination of immersive sound with visual scenes and real-world correlation via smart lights makes Portal a uniquely holistic experience.

I’ve been using Portal ever since January, but even more since March, when my ability to physically leave home was drastically scaled back. I don’t use it when sleeping, but it’s certainly helped me both focus and escape, providing the much-needed feeling of being in a new environment even when my physical surroundings are left unchanged. For these reasons, as well as the presence of features like breathing exercises in the app, I find it appropriate to call Portal not just an ambient noise utility, but a wellness app too.

Today, Portal is launching a big 3.0 update that leans into its core strengths by providing more of what makes the app great: its portals. Previously the app offered a total of 19 portals, and today that number more than doubles as 25 new portals have been added for a total of 44 – and more are on the way.

With any other ambient noise app, a large batch of new sounds would be a nice addition, but not necessarily worth writing a new article about. But with Portal, since each of the 25 additions represents a real location that’s been captured and optimized for the app, and paired with a custom Hue preset, adding 25 portals was clearly a huge undertaking. That level of effort shines through with all of the app’s portals. 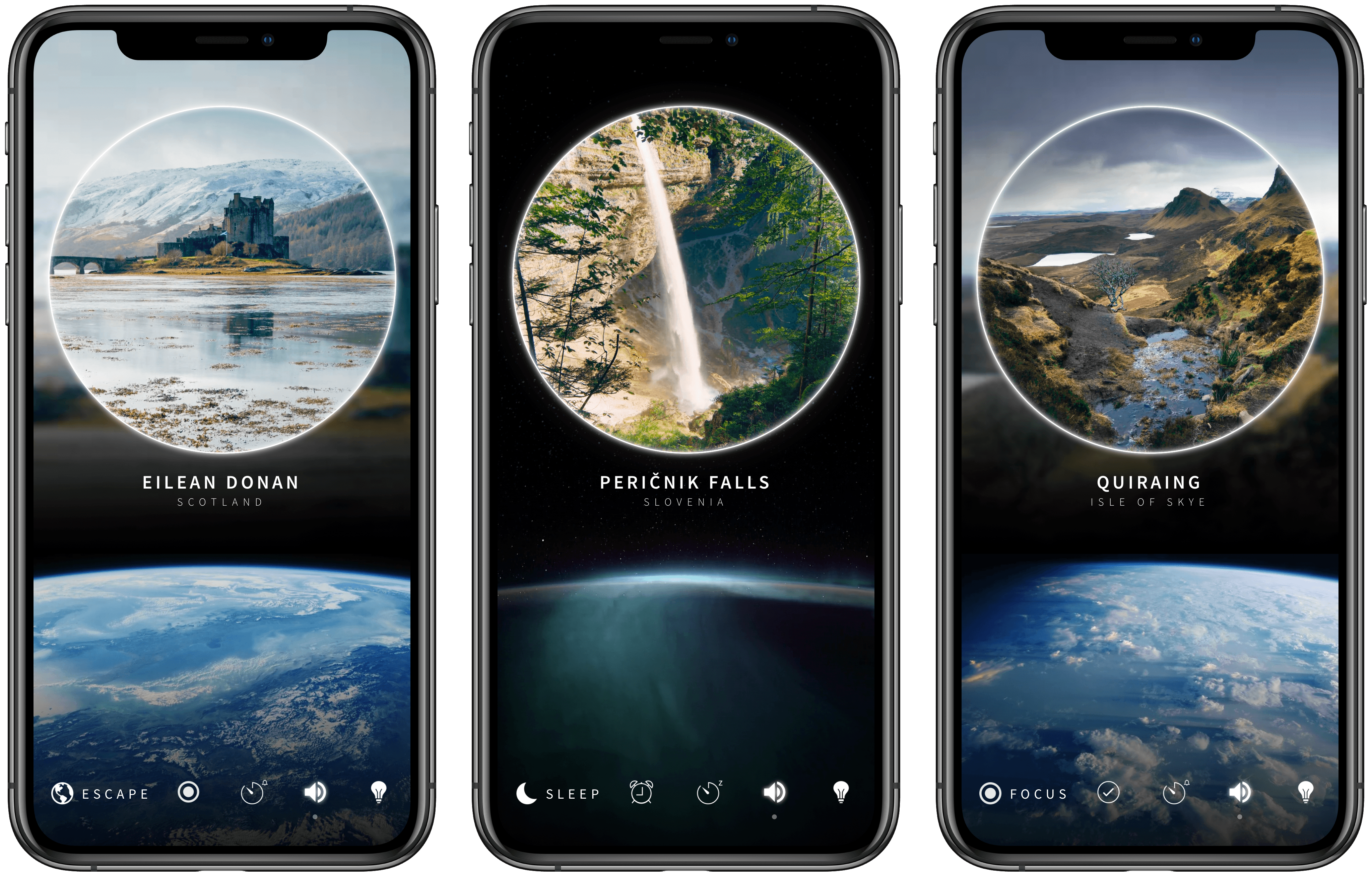 A few of the new portals in version 3.0.

The set of 25 new portals is split into two collections: 14 portals from the Scottish Highlands, which were captured at wintertime, and 11 from the Slovenian Alps in summer. The app’s new content library says that a Devon & Cornwall collection will be added soon too.

Speaking of the content library, the huge expansion of portals offered necessitated a change in how you navigate the app. Previously, all available portals resided in a simple horizontal row you could swipe through. Even with the 19 previous portals, though, this was a bit unwieldy to navigate. Now you start with a limited selection of portals, and browse new ones to add from the content library. There’s even editorial content that’s been added as you browse, so you can not only see what the location looks like and hear what it sounds like, but also read some additional context about it.

I’ve yet to come across a portal I didn’t enjoy, but it’s nice that you can now keep only the portals you value most. Another positive change is that all your saved portals can be rearranged in the order you prefer, making the navigation system of swiping between portals function better than before. 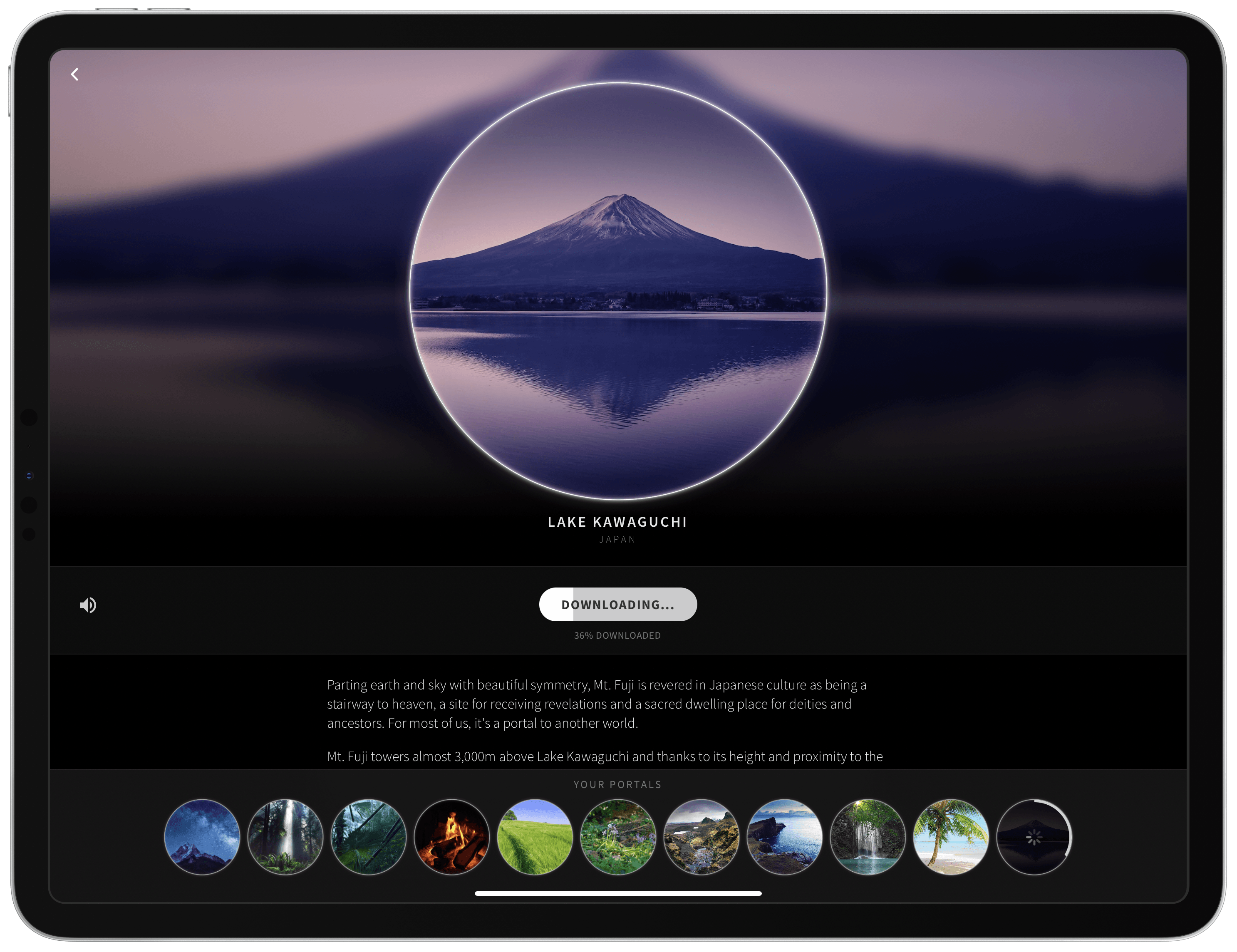 Adding a portal to your collection.

Along with the big portal expansion and plans for continued new collections being added, Portal is introducing a membership plan today. You can still download the app for free and enjoy six portals perpetually at no cost; gaining access to the full content library, however, will require a $29.99 annual subscription for new users following a 7-day free trial. Membership revenue is intended to fuel continued creation of new portals as well as enable the app to expand beyond the iPhone and iPad – Mac and Apple TV versions are in the plans for Portal’s team. I hope support for iPad multitasking is on the roadmap too.

As part of this membership rollout, Portal’s developers are providing some of the most generous transition offers I’ve seen for existing users of the app. If you’ve previously paid for Portal in any way, either through unlocking the app’s In-App Purchase or buying it when it was a paid app, you’ll receive a lifetime membership entirely free. And if you’ve previously downloaded the app at all, even though you’ve never paid for it, you can unlock a lifetime membership for a one-time In-App Purchase of $9.99.

Portal has proven essential to my peace of mind and productivity this year as I’ve spent most of my time in a small New York City apartment, trying to work while my wife does the same just a few feet away. Combined with my AirPods Pro and noise cancellation, the app has been a dependable escape and focus tool. Both for work and relaxation, it’s hard to beat the uniquely immersive experience Portal provides. If you ever find yourself in situations – whether at home, at the office, or elsewhere – when you need to create the feeling of being transported elsewhere, but can’t actually leave, I can’t recommend Portal highly enough.

Portal is available on the App Store for iPhone and iPad.