I use VLC as my media player of choice on my Mac. Although Quicktime is a great app which provides a good dose of eye candy as well, VLC is compatible with almost every format out of the box - without the need of installing any additional plugin.

It’s simple, it’s straightforward and it becomes beautiful if you apply the Blackpearl mod. But today I’d like to talk about the new kid on the block of media players for Mac, MPlayer.

The real name of this app is MPlayer OS X Extended, even though it’s hosted on Google Code as mperevive. Basically, the goal of the developers is to create a “simpler, smoother, and more user-friendly UI for MPlayer OSX Extended, a frontend for the Mac OS X version of MPlayer”. I haven’t heard of the original MPlayer before, so I’m gonna focus on this “mod”, which seems to be coming along very well.

The app comes in a 28MB .zip file, so it’s not exactly what I’d call a lightweight app. But once you fire up the MPlayer you’ll immediately realize it’s a very good app. It’s crisp, it’s minimal: there are no cluttering controls, no additional and useless stuff: just a volume slider, fast forward / play / rewind buttons, playlist and fullscreen controls and a nice, blue-ish play bar. It’s somehow nice to have such a minimal media player these days, when everyone is moving to uber-custom interfaces, while the purpose of evrry good media player should be focusing on…media.

I tested the app with two different types of media: an album and a .avi movie. To open an entire album, just select the songs and drop them onto the dock icon. Once the app has loaded the first song (and it correctly loads the first one, unlike VLC that often and strangely loads the last one for me) you can’t see anything but the interface I mentioned above. To skip to another song you have to open the playlist popup, which is a nice HUD panel. Same applies for the Inspector, another floating panel that together with some info about the songs displays three sliders for speed, audio delay and sub delay. 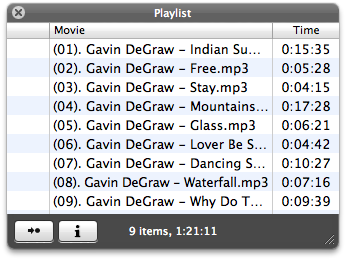 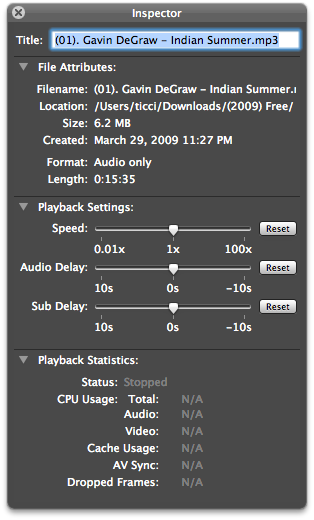 I’d like to say “that’s it for MPlayer”, but I can not mention the lots of Preferences you can play with. Especially for movies, MPlayer lets you adjust a lot of stuff, from Aspect Ratio and Subtitles fonts to Postprocessing and Deinterlace filters and Hardware decoders. I’m no expert of video encodings and stuff, but I’m sure many of you are gonna like the options this app comes with. 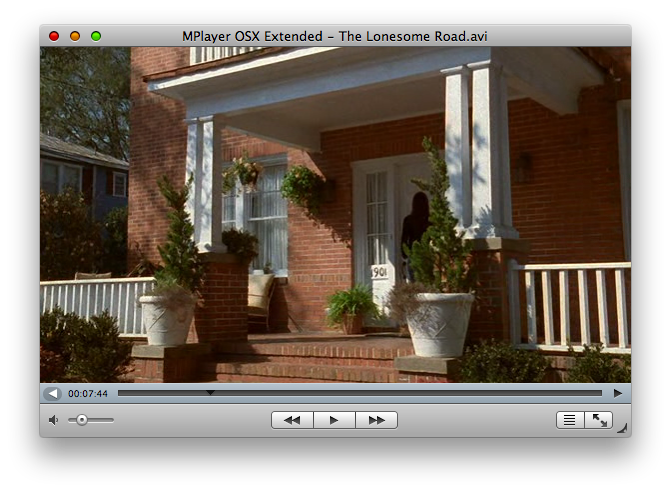 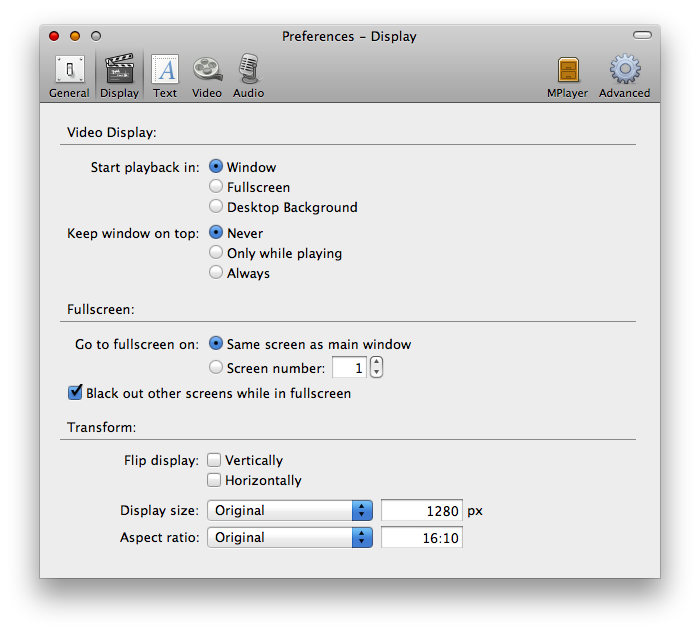 MPlayer is free, is minimal and it’s powerful. Have I found a replacement for VLC? I don’t know but yeah, I’m not gonna delete MPlayer. VLC is still a very stable and powerful app (MPlayer presents a weird bug everytime you press pause on a song / movie and then play the file again. It hangs and you’ll have to close the app and re-open it) but with the recent rumors about the end of VLC development for Mac, I’m not sure we’ll hear something new about it soon.

You should keep an eye on that.