Today my favorite dictionary app, LookUp, was updated to version 5.2 on iOS and watchOS. The update centers around a new, modernized Watch app with a feature I’m really excited about: Siri face support for the word of the day. The Watch app isn’t the only noteworthy improvement though, as LookUp has also added Handoff support and search improvements on iOS.

LookUp’s new Watch app brings all the advancements you would expect from a modernized Watch client, including new complications that take advantage of Series 4 faces like Infograph and Infograph Modular, a simplified interface to make app interactions quick and relevant, and finally, Siri face support for displaying LookUp’s word of the day.

The Siri face component is easily the highlight of the app for me. I’m a big fan of the Siri face, and as such I’m always happy to see a new third-party app take advantage of it. There’s no setup required in the app, LookUp simply surfaces the word of the day as a card on the Siri face each morning. I’ve found this a perfect way to be exposed to new words without the need for something as potentially intrusive as a notification.

The main Watch app interface is extremely minimal: you’ll see the word of the day card, which can be tapped for more info, and also a search button that enables searching via voice, Scribble, or by tapping one of the recently searched terms listed there. Each word in the Watch app now contains a lot more information than before, closely modeling what the iOS app offers.

Another addition to LookUp 5.2 that benefits Watch use is Handoff support. If you’re looking at a word on your Watch, LookUp on your iPad and iPhone will display Handoff suggestions so you can easily switch to the fuller dictionary experience provided by iOS. 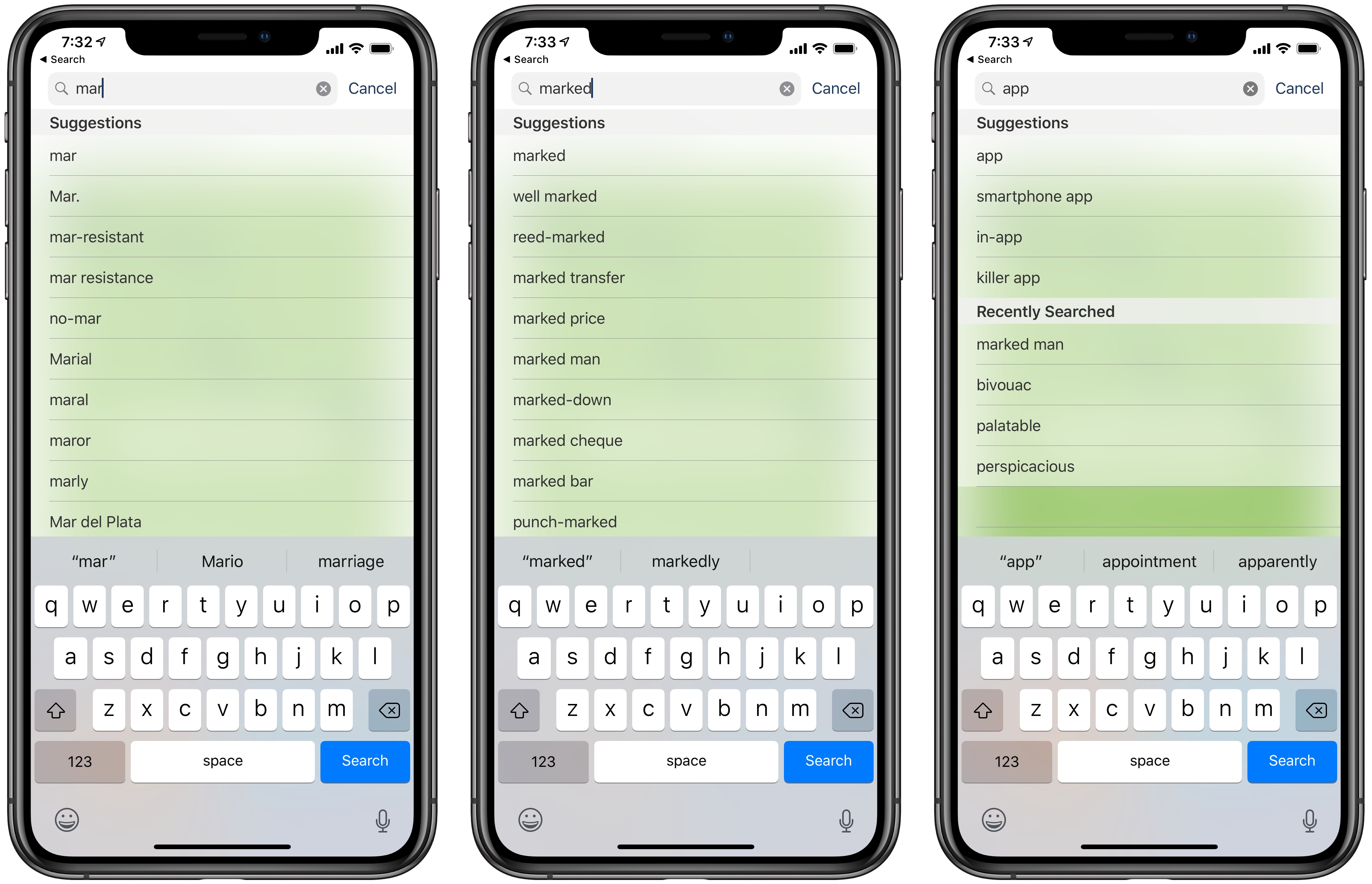 Finally, LookUp on iOS now offers a list of real time search suggestions with each character you type. This greatly speeds up the ability to search for the correct word, but I’ve also found it a solid tool for discovering other interesting words to explore. Typing to search one thing then seeing a list of related suggestions has sent me down a rabbit hole more than once and helped me expand my vocabulary along the way.

LookUp was already a great iOS citizen, featuring an excellent iPad app, rich Siri shortcuts support, an iOS-friendly design, and even a fun Smile to Like feature that takes advantage of the TrueDepth camera system on newer iPhones and iPad Pros – today’s update simply extends the app’s multi-platform benefits, ensuring that whichever device you’re using, LookUp has something valuable to offer.