Most of the apps I cover for MacStories relate in some way to productivity, a theme that extends to the apps normally dominating my iPhone’s home screen. Writing and note-taking apps, task managers, communication apps, and tools like Shortcuts all help me get things done each day. However, sometimes what I want from my phone isn’t a productivity tool, but an app that specializes in something related less to work and more to fun. For example, a movie tracker. Kernel is a new app that does just that.

There’s no shortage of existing movie trackers on the App Store, but Kernel drew me in with its modern design and ease of use. The app offers a clean, attractive interface where film artwork is at the forefront, and interactions are delightfully aided by the use of haptic feedback. A film tracker doesn’t need to be overly complicated, and Kernel keeps things simple with a three-tab structure: there’s your Watchlist, which tracks upcoming film releases across theaters, plus digital and physical home releases, then the Blog tab containing exclusive reviews and articles, and finally Coming Soon, where you can browse and search for movies to add to your Watchlist.

In the past I’ve always struggled to find a satisfying way to stay on top of the latest film releases. Checking IMDb, Fandango, or another movie tracking app always came with too many trade-offs. With other apps I might find the UI too clunky, or the app wouldn’t offer enough relevant suggestions of upcoming films; the latter issue turned me away from bigger services like IMDb too, because I don’t need to know about every single film being released soon, only the ones considered mainstream. My most recent solution involved rediscovering Apple’s aging iTunes Movie Trailers app, which contains a dedicated tab for viewing upcoming releases. Even Apple’s app listed more weekly releases than I cared to see though, and besides it hasn’t seen meaningful updates in half a decade. 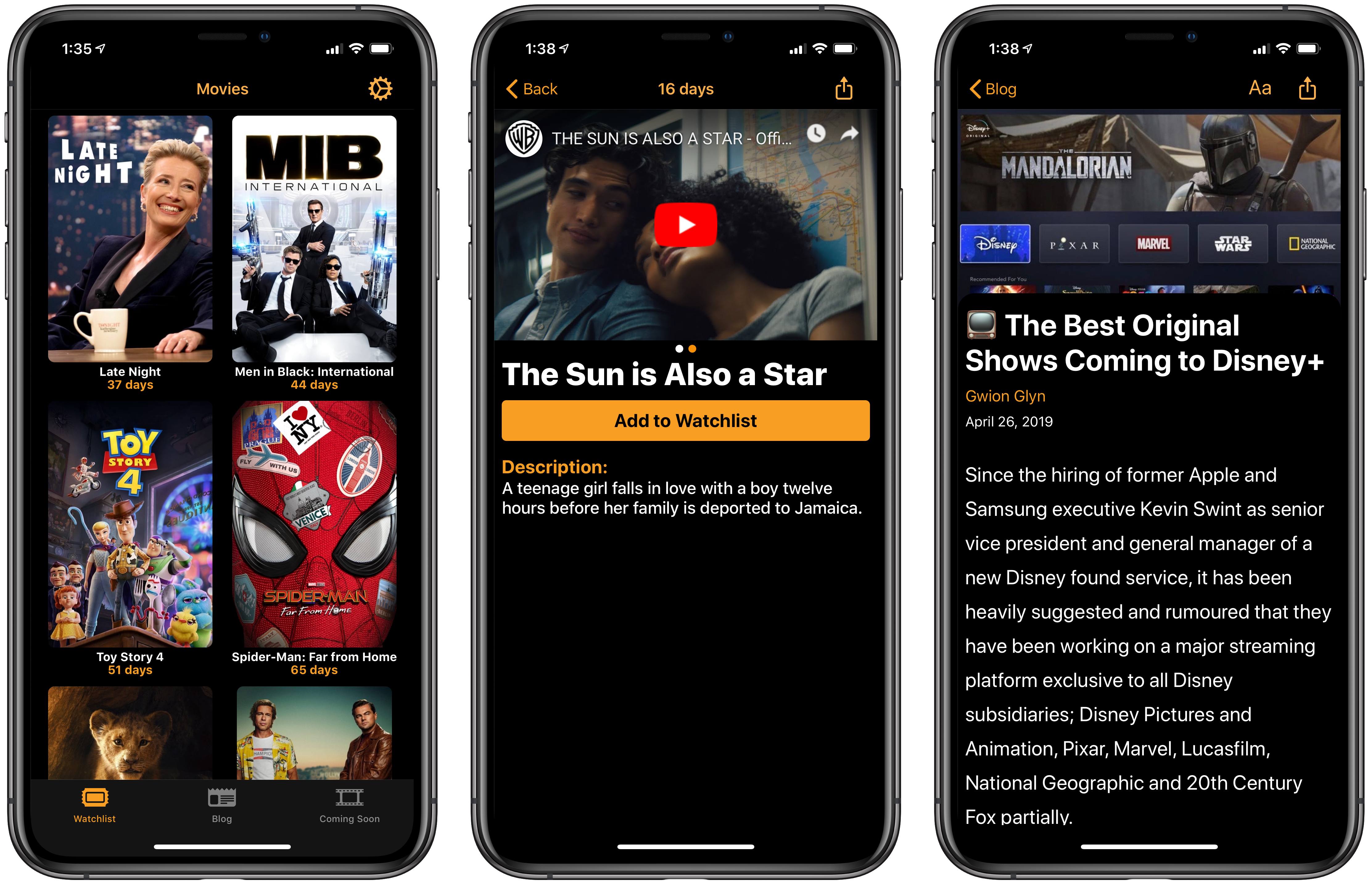 Kernel offers exactly what other apps and services have failed to provide: a modern, elegantly-designed app that features a finely-curated selection of upcoming films. If Kernel offered nothing more than that, I would be content. However, the app contains a handful of other niceties that make it even more compelling.

Blog. The app’s blog is a nice distinguishing feature for Kernel over other movie trackers. It contains film reviews and other articles that are exclusive to the app, and while Kernel would have been perfectly fine without its own blog, I’ve found it a meaningful addition that keeps me using the app more often.

Watch app. Kernel includes an Apple Watch app, where you can scroll your Watchlist to see all upcoming releases you’re tracking, and even get a countdown to the next release in certain complication styles. 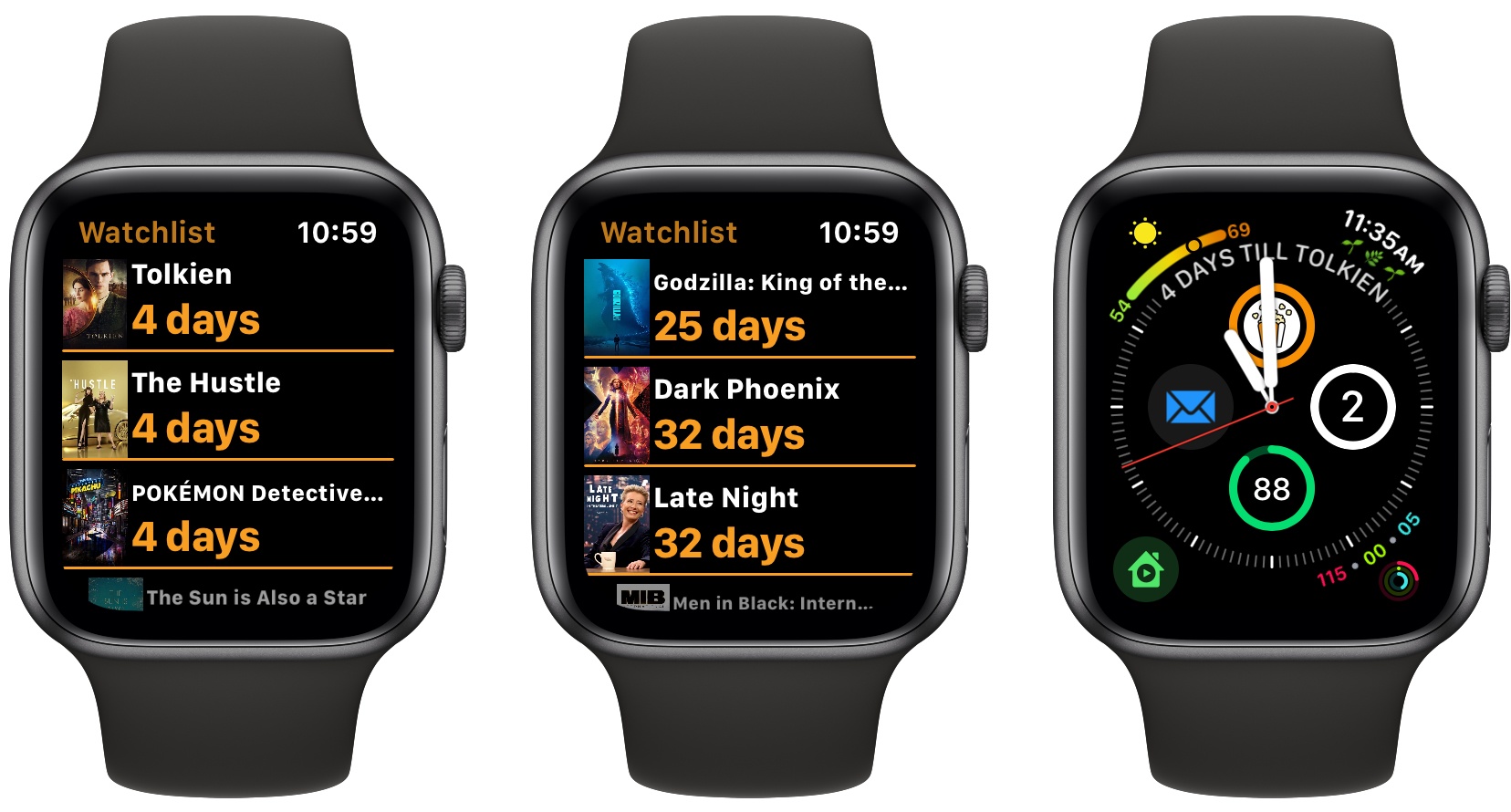 Notifications. If you choose, you can configure notifications for upcoming releases you’re tracking, with options to be notified a week or a day before release, along with a handful of other times. Notifications are also available for new blog post releases.

As a 1.0, there are several features Kernel lacks that I’d love to see added in the future, like an iPad version, calendar sync for tracked releases, and the ability to have your Watchlist display actual release dates rather than just day countdowns.1 But what’s available in the app now is a strong foundation to build on.

If you’ve experienced a dissatisfaction like mine with existing movie tracking options, Kernel is well worth checking out. The app is available as a free download, with a one-time In-App Purchase to remove ads and unlock the blog and unlimited Watchlist films.