Neon Drive by Fraoula is a devilishly difficult 80s-themed driving game that immediately reminded me of the campy short film, Kung Fury. The unapologetic, over-the-top style of Neon Drive is a big part of its charm and adds to the fun of the game, which is available for OS X and iOS. The mechanics of Neon Drive are incredibly simple, but the mastering the game requires precise timing. Well-placed checkpoints provide just enough of a sense of progress though, to make Neon Drive more fun than frustrating.

Neon Drive is part endless runner, part rhythm game. The controls are about as basic as they could be – on iOS you steer your car across lanes by tapping the left side of the screen to move left and the right side to move right. On the Mac, you can accomplish the same thing with the left and right arrow keys or other preset key combinations. Each of Neon Drive’s levels is accompanied by an 80s synth soundtrack that adds to the game’s atmosphere as you dodge obstacles. The first time you hit an obstacle, your car is temporarily slowed down with the screeching sound effect of a needle scratching across a record that distorts the soundtrack. Hit a second obstacle and it’s game over. Fortunately, if you cross a checkpoint, you don’t have to restart from the beginning.

Neon Drive features seven very difficult levels. Getting past the first level felt like a major accomplishment even in normal mode. I’m not great at games that require perfect timing, so your mileage may vary, but despite the difficulty, I found Neon Drive fun and addicting in the same way a game like Canabalt is. 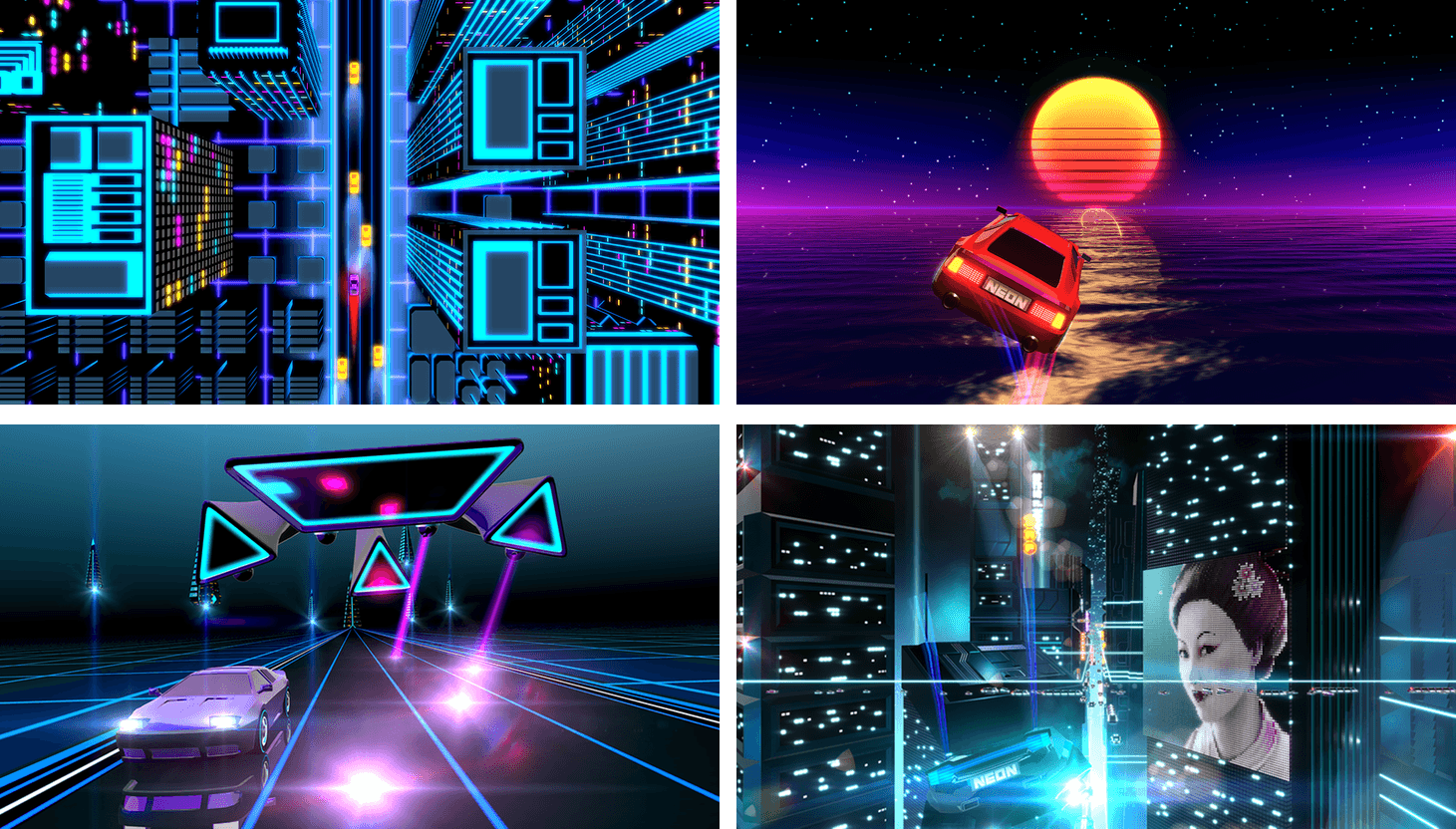 Neon Drive’s look and soundtrack are a big part of its appeal.

I played Neon Drive on my iPhone 6s Plus, iPad Pro 12.9, and 2015 Retina MacBook Pro. The games are virtually identical on iOS and OS X, but I’d give the edge to the iOS version because there’s something about tapping the screen directly that makes Neon Drive a little more immediate and fun. On OS X, Neon Drive got my laptop’s fans roaring almost immediately, which detracts the game some. My one wish for Neon Drive is for Fraoula to bring it to the Apple TV, where I think its simple mechanics would work well with or without a controller.

Despite being frustratingly difficult to master, Neon Drive is a blast to play and does a fantastic job of making you feel like you are playing a real 80s arcade game.