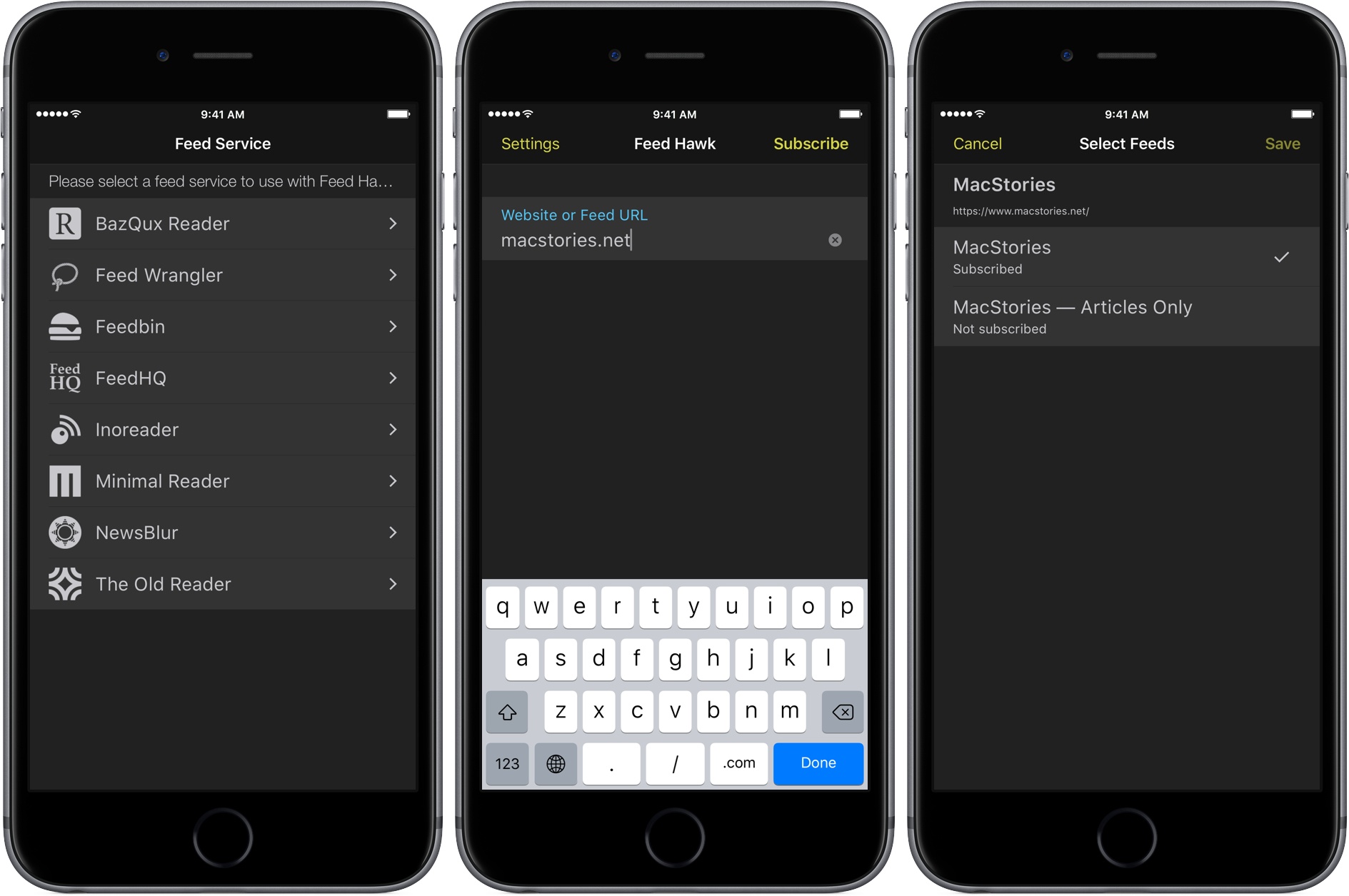 Sometimes a simple, single-purpose utility makes all the difference. Feed Hawk by John Brayton of Golden Hill Software is exactly that type of app. The app’s functionality is encapsulated in a share extension that makes it easier to subscribe to RSS news feeds in several major RSS services, including:

To get started with Feed Hawk, you need to subscribe to one of the RSS feed services listed above. Next, sign into your feed service in Feed Hawk (a 1Password link is helpfully included if you use that app) and activate the share extension. That’s all there is to it. 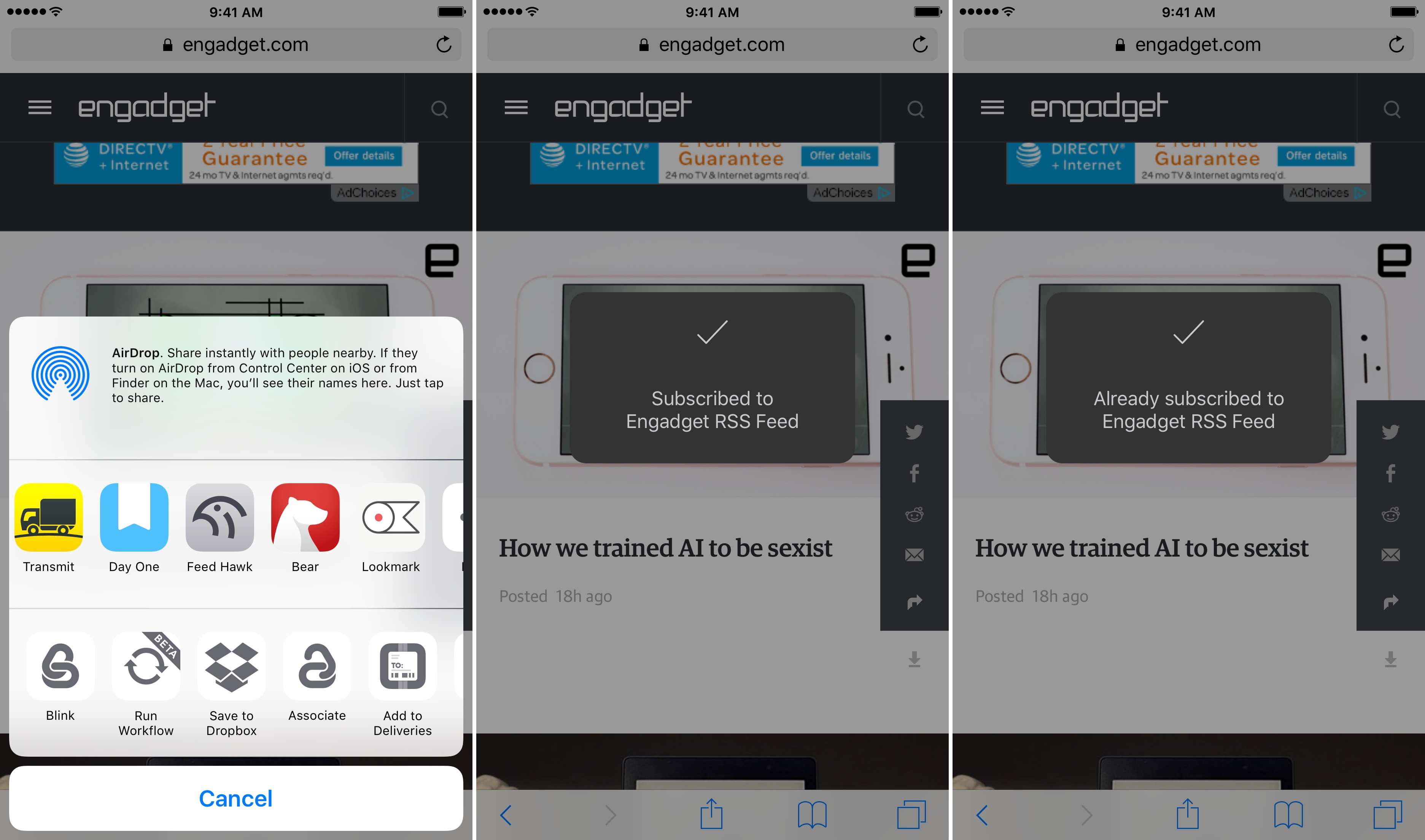 The Feed Hawk app can be used to add feeds to your service, but its real power is in the extension. If you visit a site with an RSS feed and tap the Feed Hawk extension, Feed Hawk will subscribe to the feed and display a confirming alert. If the site features multiple feeds, you can pick the ones you want before subscribing to them. If you revisit a site with multiple feeds that you already subscribe to, you can change your subscription selections. You cannot, however, unsubscribe to feeds using Feed Hawk if a site has only one feed to which you are already subscribed. Feed Hawk works with Safari, Chrome, and most third party iOS browsers.

Many people have replaced RSS with Twitter, Nuzzel, and other news gathering apps and services. I use RSS less than I used to, but I still think it’s the best way to scan a broader spectrum of headlines than I tend to discover in Twitter and Nuzzel. In the past, if I found a site that I wanted to add to my feeds, I’d have to go searching for Feed Wrangler’s JavaScript bookmarklet in my Safari favorites and using it would take me out of whatever I was reading to the Feed Wrangler website. Now, I can just tap the Feed Hawk extension and after a second or two be subscribed without losing my spot in the article I was reading. It’s a little thing, but Feed Hawk reduces a friction point that makes keeping up to date on the latest news a little easier.

Feed Hawk is available on the App Store for $2.99.