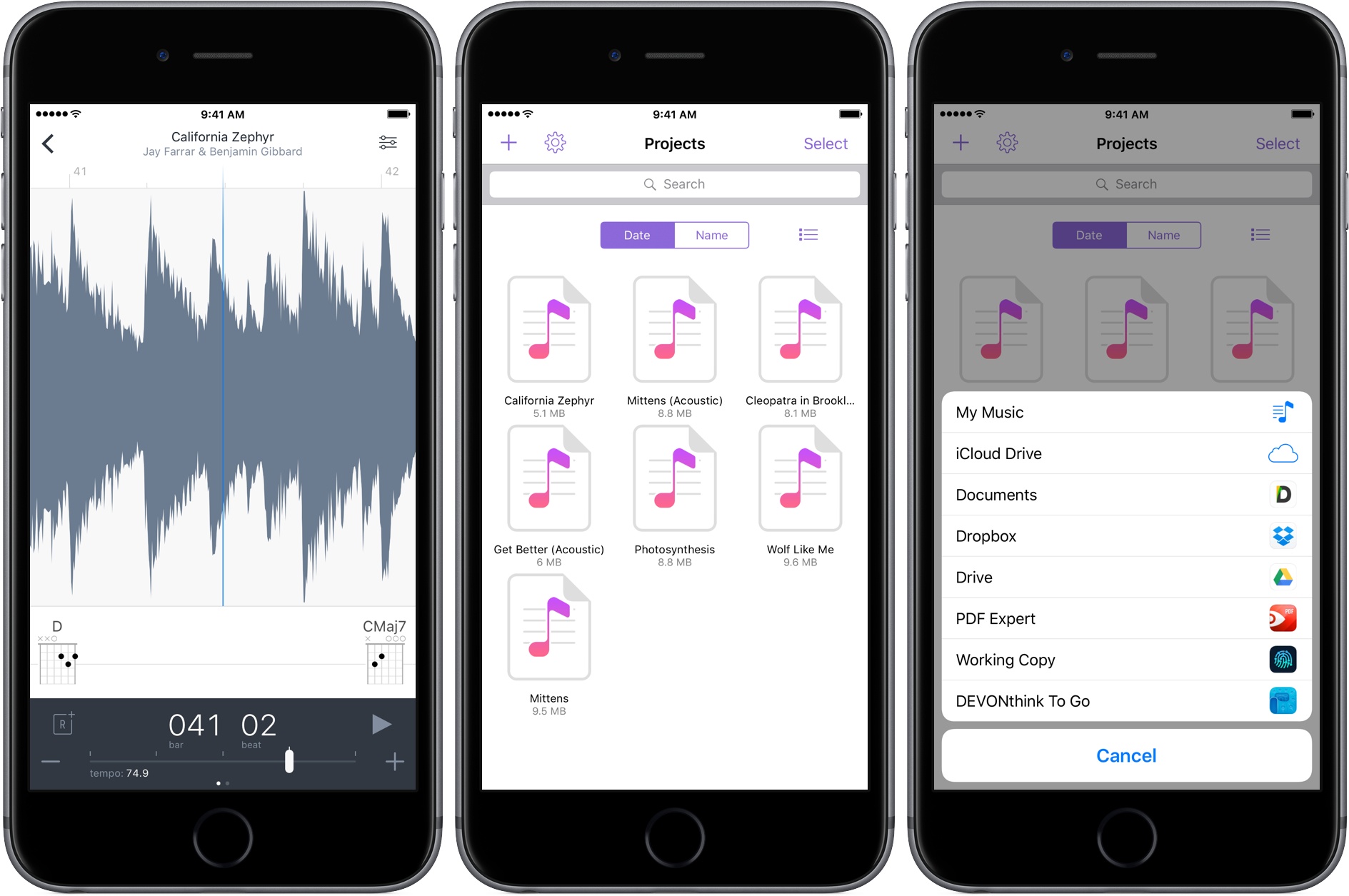 I don’t play guitar as often as I used to, but I’ve always enjoyed trying to pick out the chords of my favorite songs. The trouble is, that can be hard to do unless you have a well-trained ear, which I don’t. That is exactly where Capo touch can help. The app can analyze a song, pick out the chords and help you practice it a little at a time at a comfortable pace until you figure out how to play it. This week, Capo touch got a big update that streamlines the learning process and brings powerful features over from Capo for macOS.

The first thing you need to do to use Capo is import some music so the app has something to analyze, which is an area that has been improved with version 2.5. Apple Music has grown significantly since its introduction, and the Music app is designed so that the line between music you own and music you stream from Apple Music is blurred. That’s fine most of the time, but the distinction matters when you use an app like Capo. iOS does not allow apps to use tracks that are protected by DRM in the way Capo needs to use them. That means Capo can only use DRM-free music, which includes songs you purchase from iTunes but not Apple Music downloads.

Dealing with music with DRM is the sort of thing that can be frustrating when all you want to do is grab a song and start learning how to play it. Capo does an admirable job reducing the friction caused by the distinction. When you open the app and tap the plus button to add a song, your entire music library can be displayed, including Apple Music tracks. If the song you want to import is an Apple Music track with DRM, Capo offers to send you to the iTunes Store to buy a copy. Tapping the ‘Buy on iTunes’ button takes you to iTunes. After the purchase is completed and the song has been downloaded, you can return to Capo where the song will be ready to use. 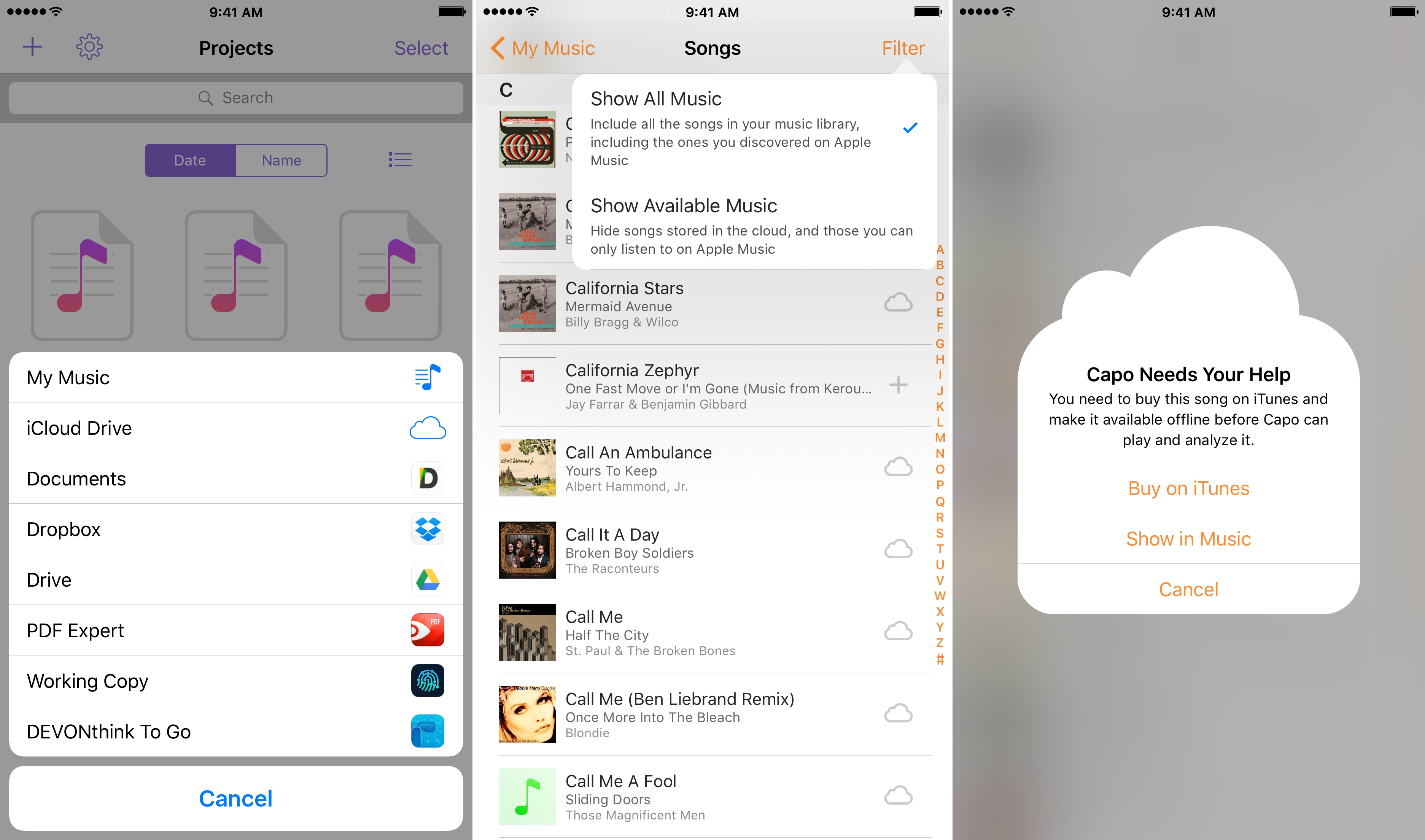 In my testing, importing songs worked well. Occasionally when I returned to Capo right away, the track wouldn’t be there yet, but I found slowing down to let iOS fully download the track and load it helped. Tapping the ‘Show in Music’ button that Capo displays when you pick a song from your music library also worked to find a stubborn song. While importing a song can still be a little fiddly at times, Capo has significantly streamlined the process.

Importing songs from your music library isn’t the only way to add music to Capo. The latest update also adds Document Provider support so you can add songs from compatible apps that you have installed like Dropbox, Google Drive, and iCloud Drive, all of which are great alternatives for adding songs that you didn’t acquire through iTunes.

After songs are imported, they appear in the new Capo Project browser, which has grid and list views and can be sorted by name or date. Tap on a song when you’re ready to dive in and learn it. In just a couple of seconds, Capo analyzes the song displaying its waveform, which you can zoom in and out of with a pinch gesture, the chords and their fingering, and controls along the bottom of the screen. Tapping a chord plays it so you can try to replicate the sound. Chords can also be adjusted by tapping on the name of a selected chord, which opens a chord picker that you can use to change one chord or all instances of that chord in the song. 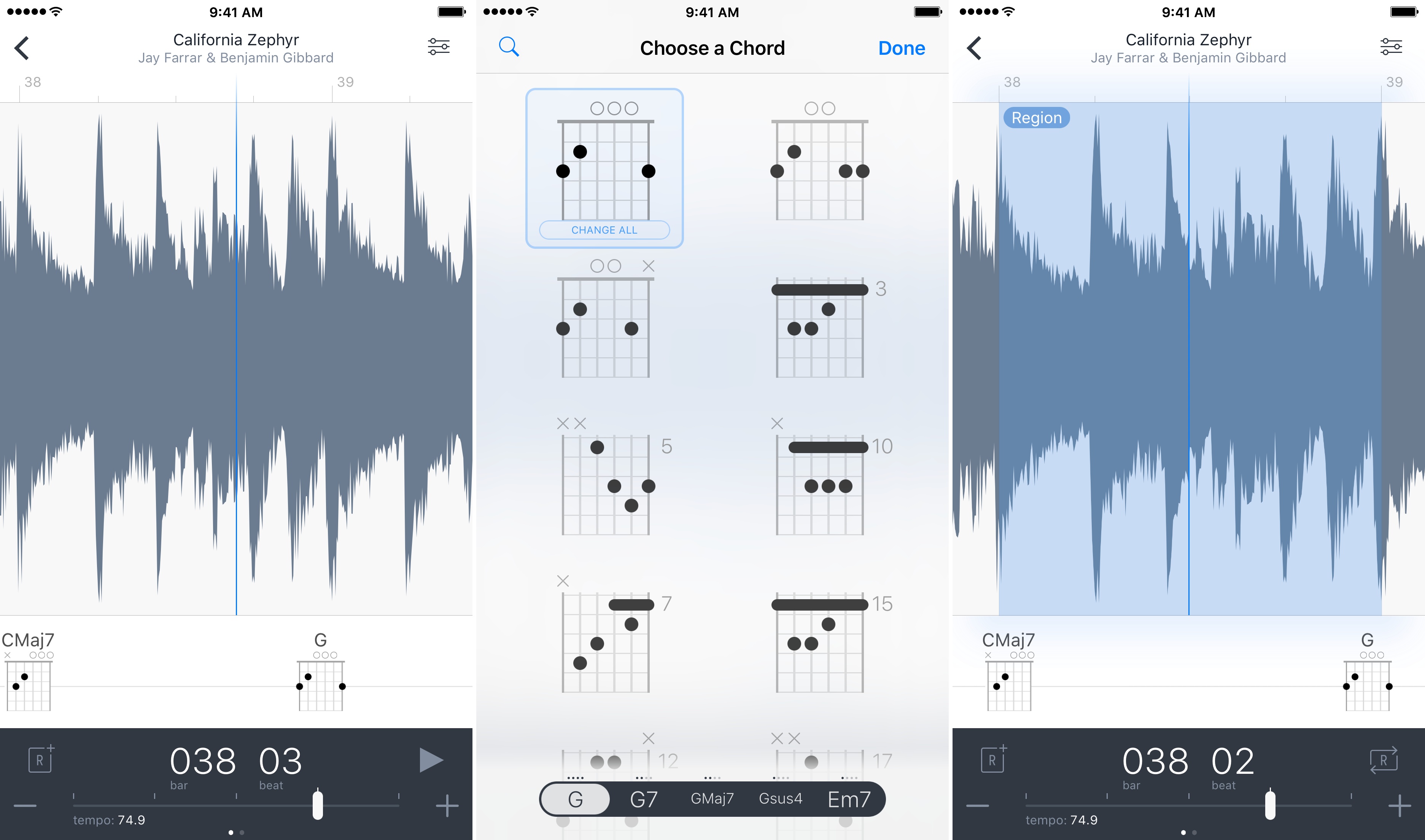 Capo has many other tools that are at your disposal to learn a song. You can slow a song down without changing its pitch to ease your way into faster songs. A section of a song can be looped so you can play it over and over until it’s perfected. There’s even an isolation engine with controls that you can adjust to isolate a particular instrument in a song to make it easier to follow what is being played.

A great addition brought over from Capo for macOS is the ability to scrub through a song with your finger. Touching the waveform while a song is playing freezes time and plays just what’s under the playhead. Moving your finger back and forth allows you to play sections of a song at the pace you move your finger, which helps you examine little details in a song. Another new navigation feature I like is the ability to double tap the left half of the waveform to jump to the beginning of a song and the right half to jump to the end.

There are a lot of powerful tools available in Capo touch, but what I appreciate the most is the accessibility of the app to a wide range of musicians. I don’t spend much time playing guitar, but I can read tablature and hack my way through a song, and that’s enough for Capo to help me pick out a tune. At the same time, more accomplished musicians will be right at home with Capo and find it useful too, which makes the app a great choice for musicians at all skill levels.

Capo touch 2.5 is available on the App Store.