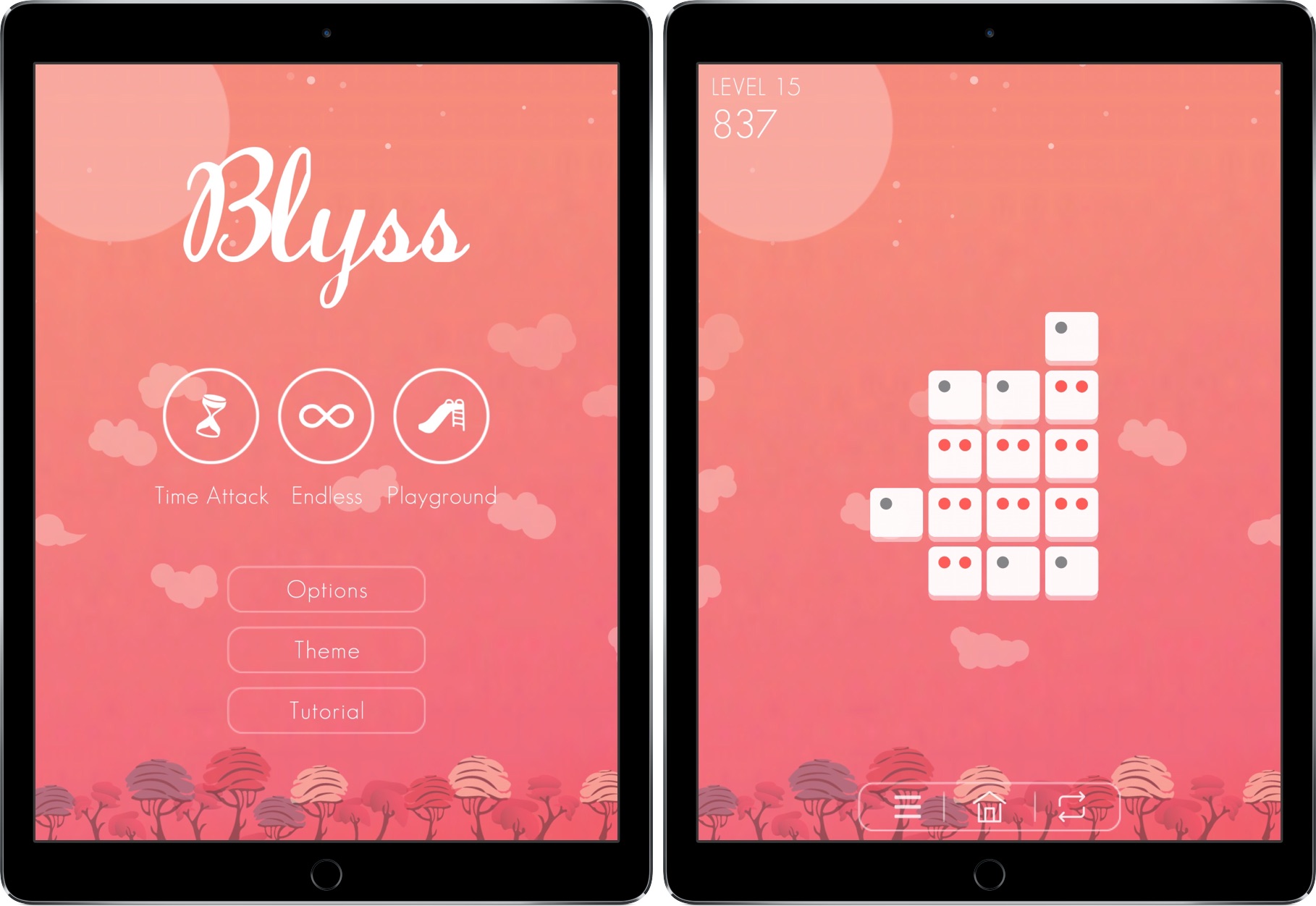 Late at night, I’m listening to a soft, ambient piano tune while sitting in my bed. I’m not sleeping, though – in fact, I’m far from completely relaxed. I’m swiping feverishly on my iPad’s screen, wiggling my fingers between every gesture as I try to find patterns in a group of tiles. Points rack up in the upper left corner of my screen and I anxiously look to get a set of combos so I can complete a challenge I’m stuck on.

I mess up and create a pattern I can’t escape from. Amid music that could put a baby to sleep, I loudly criticize myself.

How could I fail on level 2?

The game I’m playing is Blyss, a title whose name is often representative – but not always. Created by Dropout Games, Blyss has the potential to be the next big puzzle game, like Two Dots or Flow Free before it. 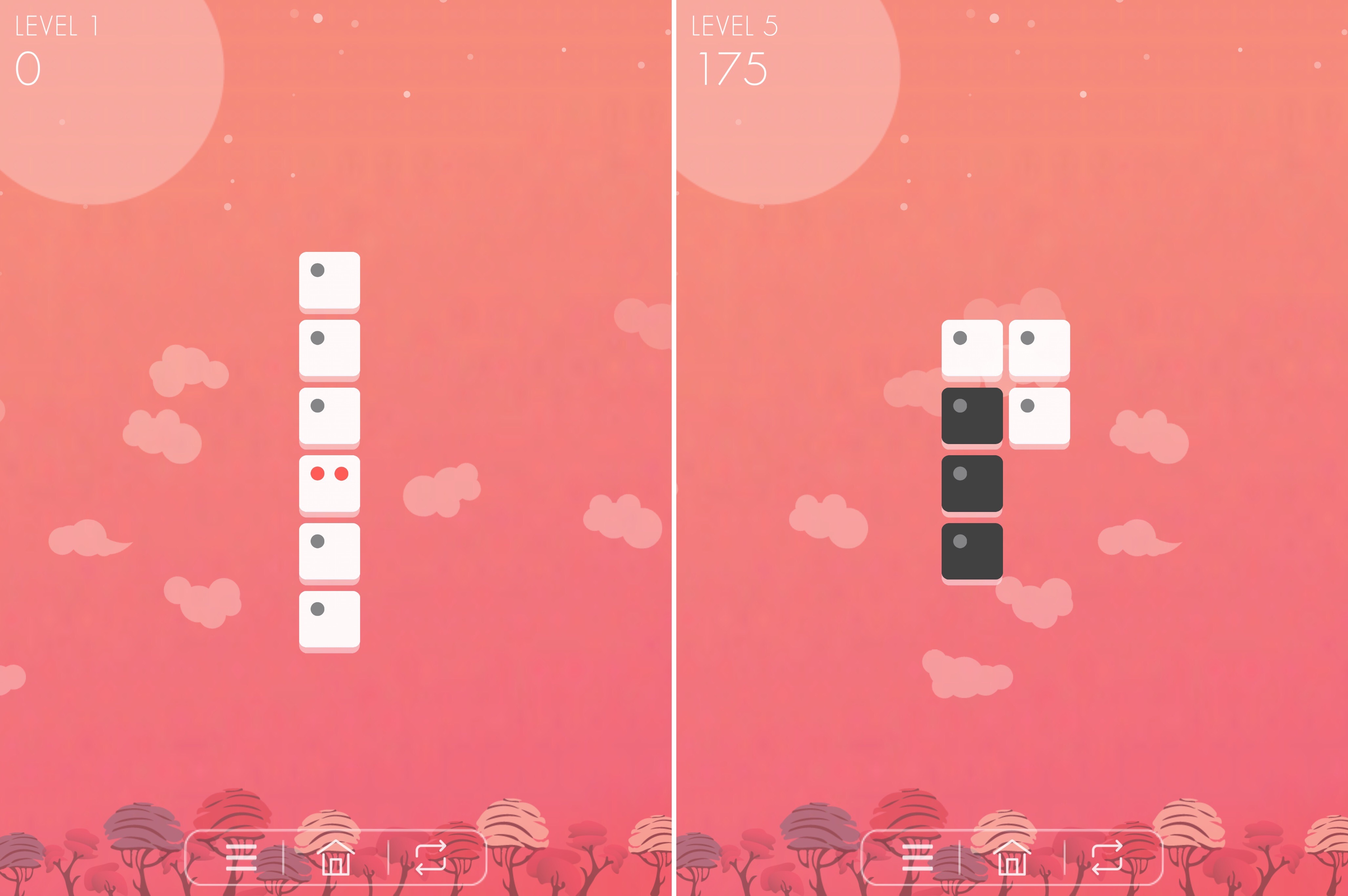 Before you in each level is a set of tiles, each containing a set of dots. Early on, you’ll see one or two dot tiles; as you progress through the game, you’ll get squares with up to four dots.

Your goal is to rid your board of tiles by swiping three or four of them at a time. Each tile’s dot count signifies how many times it can be used in a gesture, with tiles disappearing after they’ve been played. I’ve included a screenshot below to demonstrate this. 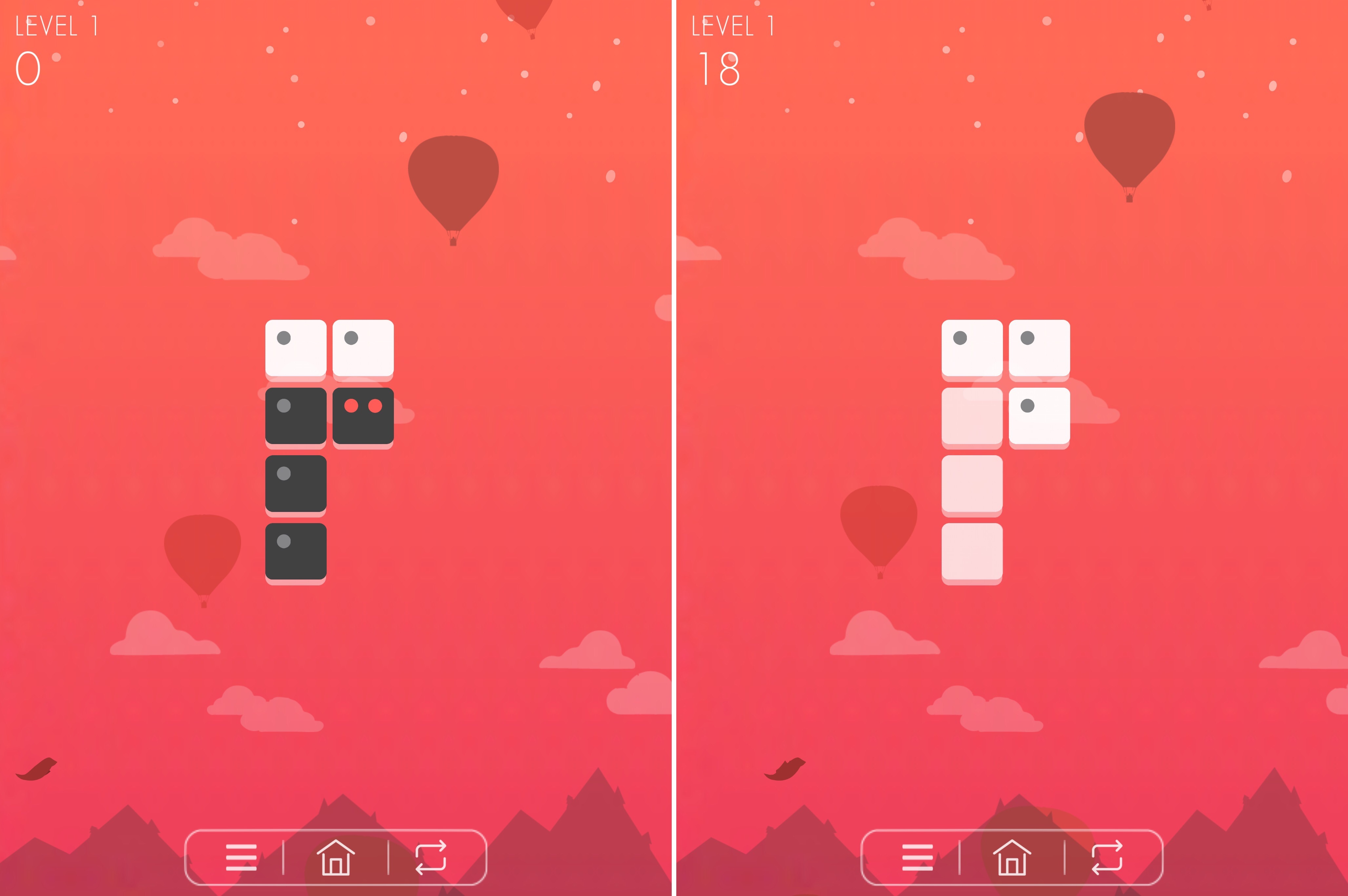 As you can see, the tile that previously had two dots has been reduced to one, and the pieces with a singular dot have been greyed out. By eliminating pieces, you’ll solve the puzzle and generate a new board, each slightly tougher than the last.

To improve your score, you’ll want to complete combos along the way. These patterns, which are pre-determined by Blyss, give you multipliers that can make a big difference in your attempt at a new high score.

Blyss has three game modes – Endless, Time Attack, and Playground – and all offer a unique reason to rack up points.

For the first 300 levels, Blyss limits you to Endless only. In this game mode, your only objectives are to score high and have fun doing it. After you put in your time, you can customize your experience in Playground by choosing both the difficulty and the maximum number of dots you’d like to see placed on a tile. Once you’ve completed 400 total levels, you’ll unlock Time Attack, a Endless-style mode when you race against the clock to finish a level.

As you play your way through Blyss, you’ll notice challenges set for you that, when completed, can reap rewards in the form of coins. When you have a significant amount of coins, head over to the theme store in the main menu and purchase a new look (and new sound!) for Blyss. 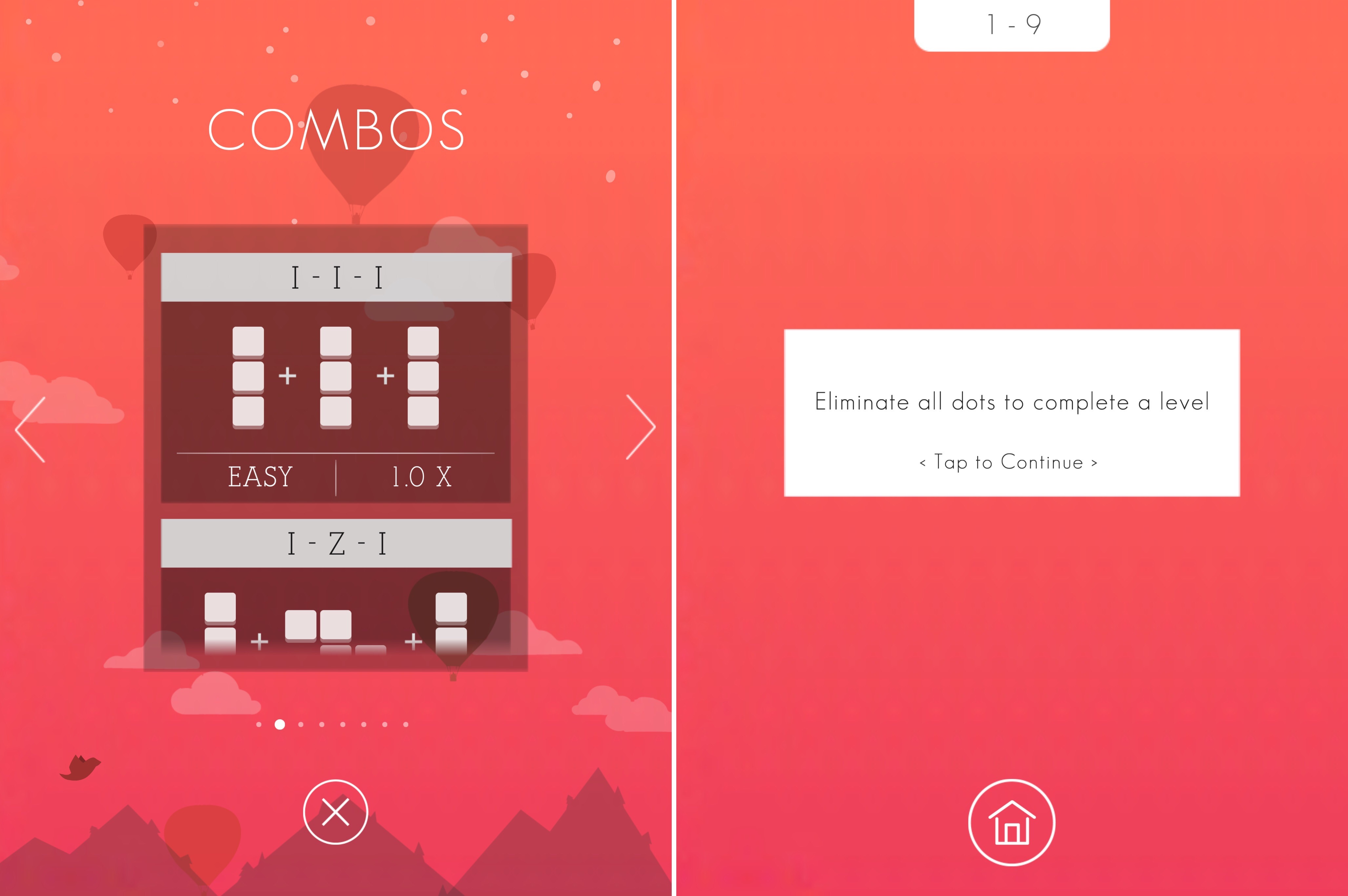 Tapping either the the hamburger menu in-game or the Options button in the main screen will take you into the settings menu, a one-stop location for combo and challenge reference, audio settings, and stats. I found myself here a lot, especially when I forgot what combos maximize my point output.

If you’d like to relearn how to play the game or introduce it to a friend, Blyss includes a great tutorial for you to check out. By walking through the steps and showing what gestures to perform, it’s a much-needed learning tool for new players.

Blyss’ unlocking system is the only real complaint I have – when it takes hours of grinding to access new game modes, it can feel like you’ll never get there. I’d love to see the need for fewer level completes in future versions.

I also want to point out that in current beta versions of iOS 10, Blyss does not sync your completion across devices. According to Dropout, this is a Game Center issue and is not intended behavior.

For all the enjoyment Blyss has given me so far, I feel like it deserves more of a review; however, the mechanics behind the game are too simple for thousands of words. I already take its simplicity and ease for granted, causing me to look at other games and wish they drew the same mixture of challenge and relaxation.

To put it bluntly, Blyss is one of the best puzzle games I’ve ever played. With its innovative gameplay, stunning soundtrack, and gorgeous themes, this game is a once-in-a-while creation that I can’t put down.

You can pick up Blyss in the App Store as universal app for $1.99.