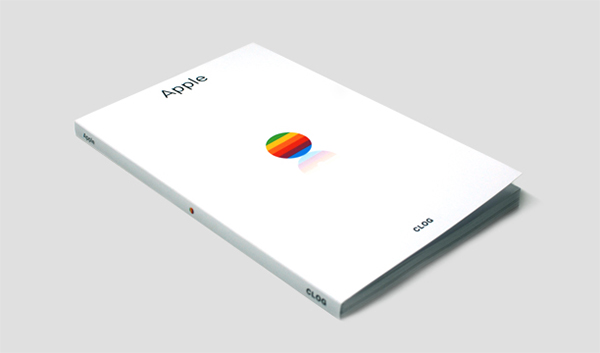 I usually do not read books about Apple, the web, or design related topics. There are enough weblogs and people on Twitter linking to all kinds of content about more or less everything, so I usually don’t need additional resources in the form of printed paper. When I need to delve into the technical details of a particular topic, I’ll pick up a book so that I can soak up that in-depth knowledge. And it usually is safer to buy technical books, because you can ensure that the text it contains is professionally well researched, written, and edited by people who care about the subject, thus the chance of reading erroneous information is quite low. I especially want that kind of comfort when it comes to quite precarious subjects like art (and its “subgenres” like typography and architecture) or company ethics and philosophies. You need a strong education in history, development, current techniques, and standards of creation in the respective fields to discuss them precisely. Call me conservative, but I want to read such explanations on printed paper, written by people with years of experience and knowledge.

During the last three weeks, I was on a circular trip throughout the United States. It was my first time I got to see the country. Besides stunning cities and beautiful landscapes, I also got to see many Apple location highlights, including the 5th Avenue Store in New York City and the Yerba Buena Center Of The Arts in San Francisco, which in my mind will always feature the colorful Apple banner promoting the iPad presentation in 2010. Just blocks down the road from the YBCA, inside the San Francisco Museum of Modern Art museum store, I found the book I’m about to present now: “Apple” by CLOG.

CLOG is a quite young, but very aspiring project publishing books about current developments in architecture. The three issues published to date, “Apple” being the second one, explore a single company or topic related to architecture. The topic is covered through numerous short essays written by contributors from all over the world. Some of them are university professors, some experienced freelance writers, and some are professional designers. This way, CLOG captures a broad image of a certain topic, which in my opinion is a very healthy approach, especially when discussing such a polarizing company like Apple.

“Apple by Clog”, published in February 2012, features many different essays covering all kinds of subjects concerning Apple. Subjects include the sustainability of Apple’s business model after Steve Jobs passed away, or how the company treats computer waste (both very interesting reads). But the book’s focus clearly lies on the company’s approaches and achievements in the area of architecture, namely concerning the concept of the Apple Stores around the world and Apple’s upcoming new headquarters, the spaceship-like, full circle mothership building in Cupertino, designed by Foster&Partners architecture bureau.

Using patent copies, building plans, sketches, and photography, the essays on the first 60 pages analyze the concept of Apple Retail Stores in every imaginable detail. While I read through them, I often found myself really enlightened; the essays are clearly written and thought out.  Well explained are complex topics like the connection between the minimalism Steve Jobs always wanted to see in his company’s products and the iconic store fronts, along with answers to questions like why the products and services in the Apple Retail Stores got arranged the way they are. I think many of you approach the book and its topics with a critical eye, asking why the discussed issue, e.g. the amount of glass panels in the 5th avenue glass cube, is so important for the whole Apple ecosystem. In the end, I think you will walk away with: “Of course, this is the way is has to be, this is why Apple is so successful.”

While the architecture of the Apple Retail Store is presented with a more or less overall consensus among the contributors (who more or less always say that the human and friendly ideology they convey is good for customers), the new headquarters is discussed with more critical opinions in the second half of the book. After showcasing parts of the building’s construction plans, you are presented with four pages of short quotes by architects, analysts, writers, and many more about the building. Many of the critical opinions may be irritating to read, especially if you’re a real into Apple. Overall, CLOG’s “Apple” keeps a good balance of praise and criticism, not just concerning critique and the first part about the Apple Stores, but also in the following discussion on the mothership. Some pros, some cons — you can really build your own opinion based on the facts and discussions the text brings forth.

The book is rounded up with two very interesting chapters. The first is an interview with Ronald Wayne, the “lost third founder of Apple Inc.” He and the editor, Kyle May (who is a principle at Abrahams May Architects), have an interesting conversation about Steve Jobs and the history of Apple. After closing remarks and credits, you find some blurry responses to a letter by May asking Apple for some statements about the book. Reading through these replies under the headline “RE: Apple”, which got shorter and shorter the more May tried to convince Apple to make a statement, really made me laugh. They are a perfect ending to a very interesting and captivating book.

On the hardware side, “Apple” by CLOG is printed in a very minimal format, with black and white photographs, utilizing just whitespace for layout. It’s visually pleasing to read. And since the essays are never longer than two pages, you can easily take breaks to think about the content and continue later. You also do not have to read all the texts to understand the single topics. If you get bored by a certain piece, just stop and read those you are more interested in.

For people interested in design and architecture (and Apple of course), “Apple” is a must-have. It is definitely worth its retail price of $15. You can order the book and the two other CLOG releases about Data Space and the BIG architecture group online, or visit one of their stockists located around the world.