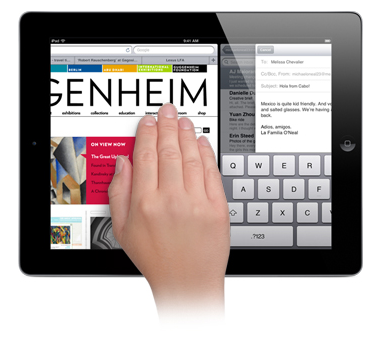 It doesn’t come as a surprise when Apple’s latest and greatest software updates end up killing off compatibility with older devices, but the intrigue here is that something as recent as the original iPad may not be included in iOS 5’s full feature set. For example, developers have access to enabling special multi-touch functions for multitasking between apps, launching the multitasking bar, and closing apps with a four finger pinch in iOS 4.3. These functions, that work well on any enabled iPad or iPad 2, may not be included for use on the original iPad. According to Appadvice the iPhone 3GS doesn’t have access to many of the photo features available on the iPhone 4.

Perhaps these are temporary bugs, or Apple is really looking for reasons for people to buy an iPad 2 when iOS 5 drops over the less expensive iPad elsewhere. Bryan M. Wolfe from Appadvice writes,

We’ve received numerous reports the upcoming gesturing feature in iOS 5 will not work on the original iPad. If proven correct, this would be the first time the first-generation iPad was denied a key feature besides those that require the iPad 2′s camera.

The iPad’s touchscreen is exceptional, and there’s no reason why Apple wouldn’t (or shouldn’t) enable these features. If Apple does remove any features, I’d bet the iPhone 3GS and the 3rd generation iPod touch would be the most likely to be at risk.

[Appadvice via Cult of Mac]