Giz-China has posted a report and photos claiming that genuine white iPhone 4s are being sold in China’s grey market. What is a grey market you ask? It’s a system involving the secret but not illegal (black markets) sale of goods at excessive prices. Many unofficial resellers in China have a large amount of these and are selling them online. 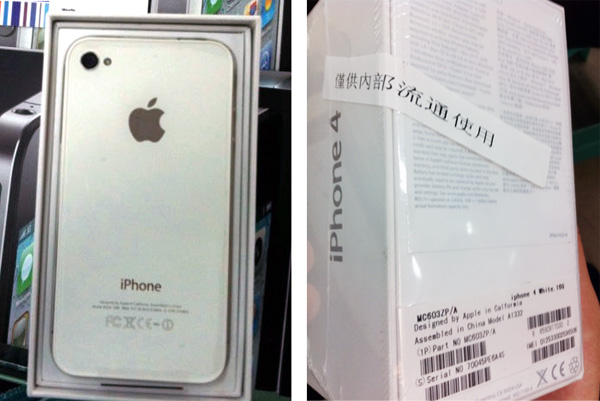 Pricing for these ‘they fell off the truck’ iPhones start from 5500 Yuan ($828) and increase to nearly 8000 Yuan ($1204) for the base model 16Gb version and even higher for the 32Gb models. These high prices are much above official retail prices of the black iPhone 4 plus you have to factor in that they are running iOS 4.1 which is locked to AT&T.

According to TUAW’s post, “This type of illegal resale has been a persistent problem for Apple. In 2008, the New York Times estimated that there were 1.4 million ill-gotten iPhones in the world. At this time last year, the Wall Street Journal estimated that number had grown to 2 million in China alone.”