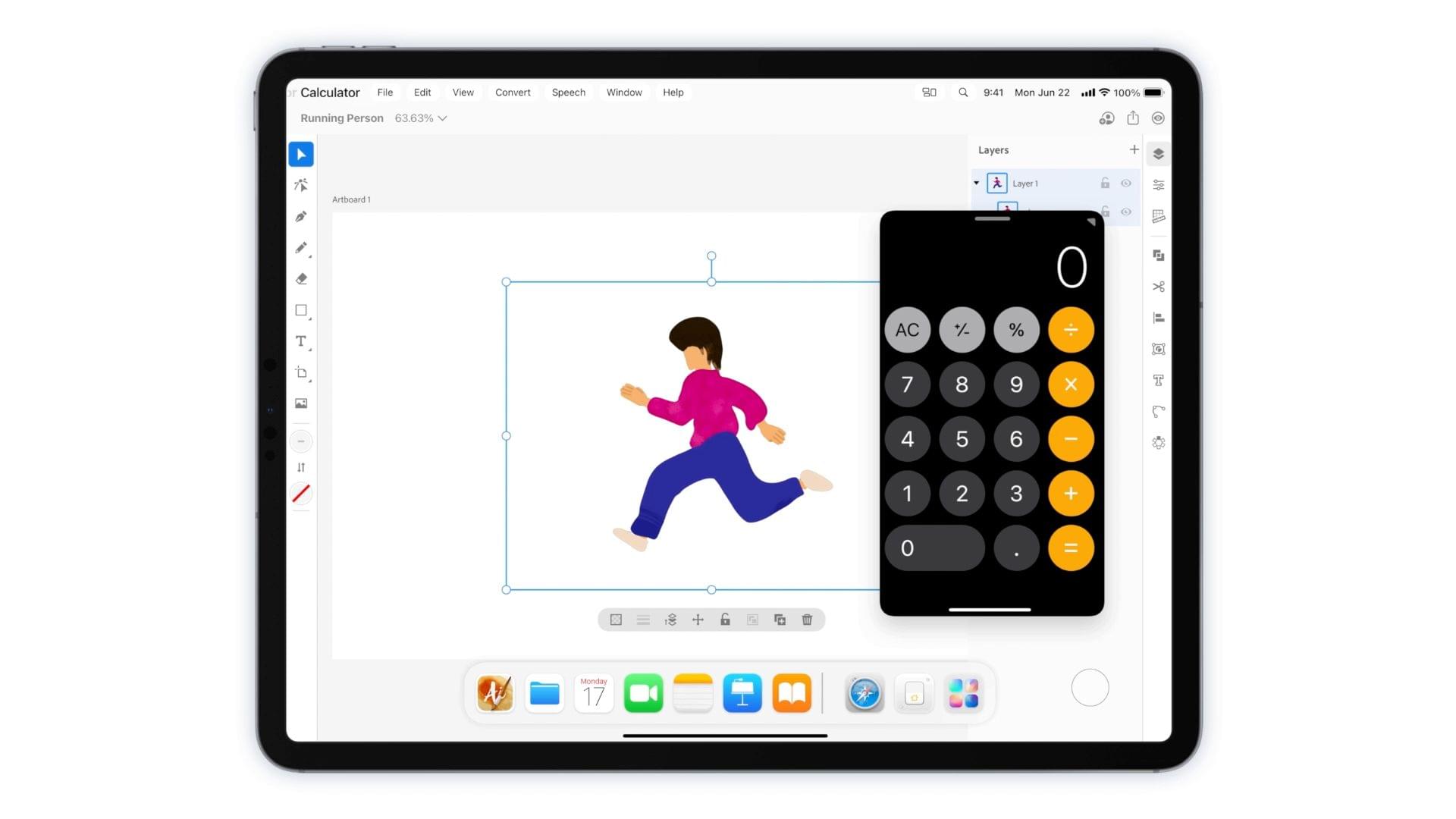 Vidit Bhargava, the developer behind the excellent dictionary app LookUp, has published a compelling design concept on Pixel Posts for bringing a menu bar to the iPad and modifying how its multitasking works.

Complex apps like Adobe Illustrator hide functionality behind multiple layers of obscure icons using floating palettes that can be hard to learn. As Bhargava explains:

They are powerful utility apps that some how [sic] struggle with providing a simple, easy to use and understand navigation for their actions. Actions are often hidden behind modes, strips of complicated icons or simply not available for the lack of space.

As a result, there’s no single location you can go to find all of the functionality an iPad app offers.

Bhargava makes a good case for a menu system on the iPad, using what he calls an Extended Status Bar that includes an app’s menu and a customizable control tray to access OS actions like Spotlight search and shortcuts. In addition to the Extended Status Bar, Bhargava imagines the App Library coming to the dock and the addition of floating windows for apps like Calculator.

I’m not convinced that Apple would adopt a system so similar to macOS, but I think Bhargava’s on the right track. As more complex apps are brought to the iPad, the lack of a universal way to organize their features means users have to learn a new system for every app, which hinders pro app adoption. If Apple brought Final Cut Pro or Xcode to the iPad, I think its engineers would quickly feel the same pain points with which other developers of pro apps are already grappling.