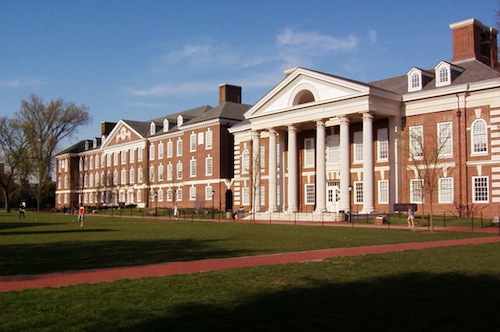 According to a new report by ifoAppleStore, the University of Delaware has confirmed that, as part of new campus construction plans, an Apple Store will be located next to the new Bookstore, Starbucks, and other facilities. The website says the university’s Board of Trustees announced an Apple Store will open inside the new bookstore opening this fall, although it’s not clear whether the “store” will be a full-feature retail location, a “mini store”, an authorized reseller, or something else specifically tailored to students. Indeed, several rumors in the past years suggested Apple was planning campus-specific Apple Stores, but the plans were never finalized.

ifoAppleStore also mentions the University of Delaware extended a contract with Barnes & Noble for 15 years, allowing them to demolish multiple buildings in the campus:

The project will include a new 60,000 square-foot bookstore, a Starbucks and other concessions. At its meeting yesterday, the university’s board said the new B&N bookstore will open August 30th, but didn’t say if the Apple store would open at the same time.

Apple already has a full-size retail store about six miles away from the University of Delaware, and that’s a very trafficked Apple Store considering Delaware has no sales tax. Smaller retail stores on campus would certainly make sense for Apple to showcase products like iPads and MacBook Airs and promote them among students, though we can’t help but think those would also be the perfect way to launch and organize discount programs without forcing students to use the online store, or driving to another Apple Store.