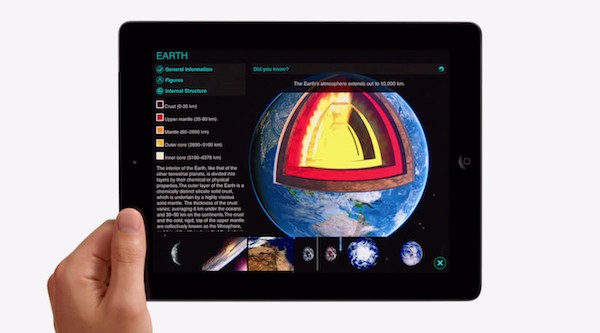 Apple has just released two new adverts for the iPad and iPad mini with a strong emphasis on the apps available for the devices. The adverts are different to many past iPad and iPhone ads in that there is no real narration, with just three words said in each.

The first, titled ‘Alive’ features the words; ‘Loud’, ‘Deep’ and ‘Alive’. After each word is said, a number of apps related to the word are demonstrated. For example, after “loud”, music apps are shown, a medical app showing the ear and a fashion app are demonstrated. The second ad, ‘Together’, features the words ‘Wild’, ‘Bright’ and ‘Together’. Both ads are described on Apple’s YouTube page as “With over 300,000 apps, iPad is up for anything you are”.

Both ads are embedded below.