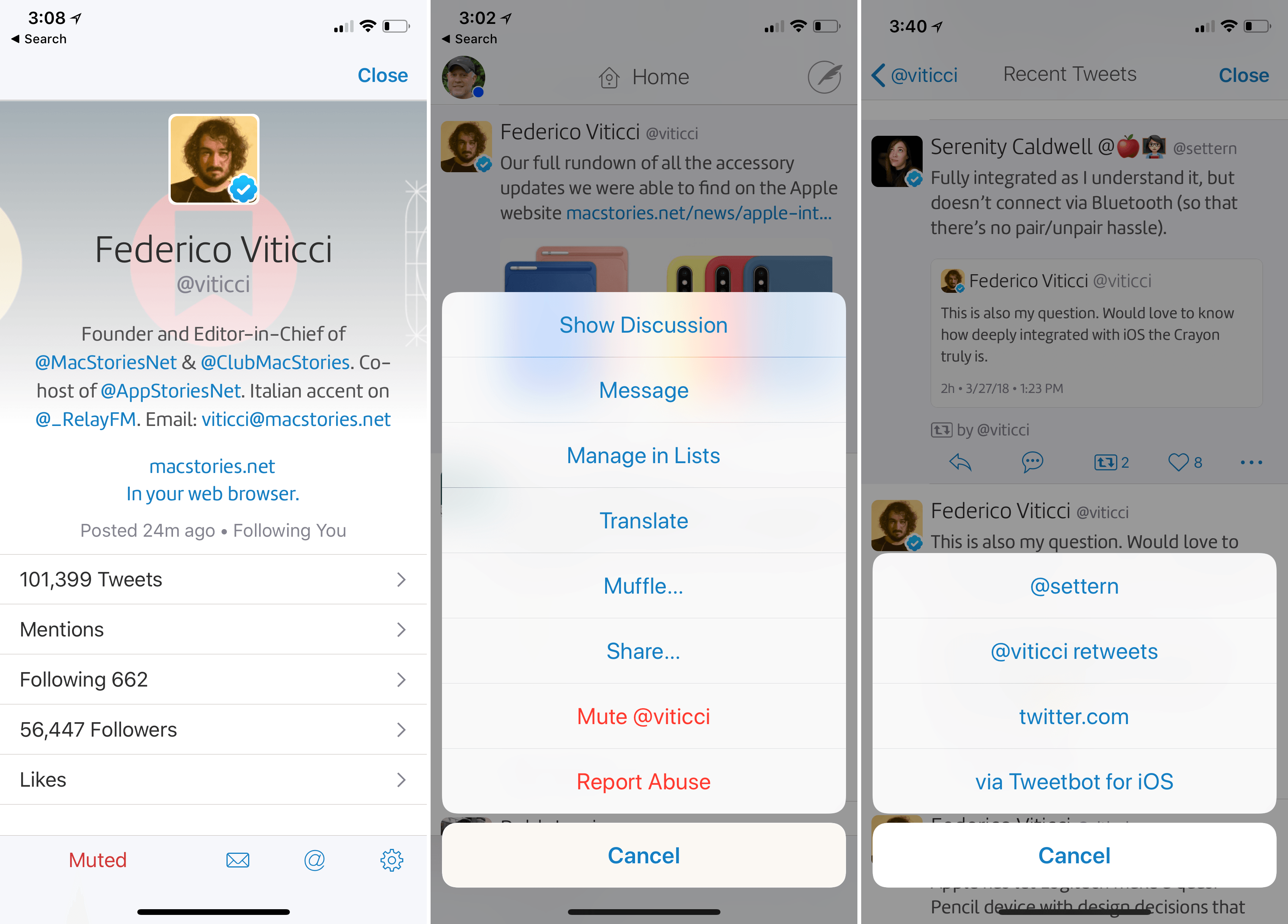 Twitterrific, for iOS and the Mac, has a unique, fine-grained approach to what you see in your Twitter timeline using a combination of muffles and mutes. Muffles are rules that partially hide tweets from your timeline, while mutes hide tweets entirely.

With the update to Twitterrific for Mac and iOS today, The Iconfactory has migrated muffles of users that were set up as mutes to Twitter’s mute system. Mutes can be created from the action menu that’s accessible from any tweet or a user’s profile. With the new system, a mute created in Twitterrific will sync cross-platform to all copies of Twitterrific you use and also register as a mute with Twitter, so muted users’ tweets won’t show up on Twitter.com either. Muting prevents push notifications of a muted user’s tweets too. 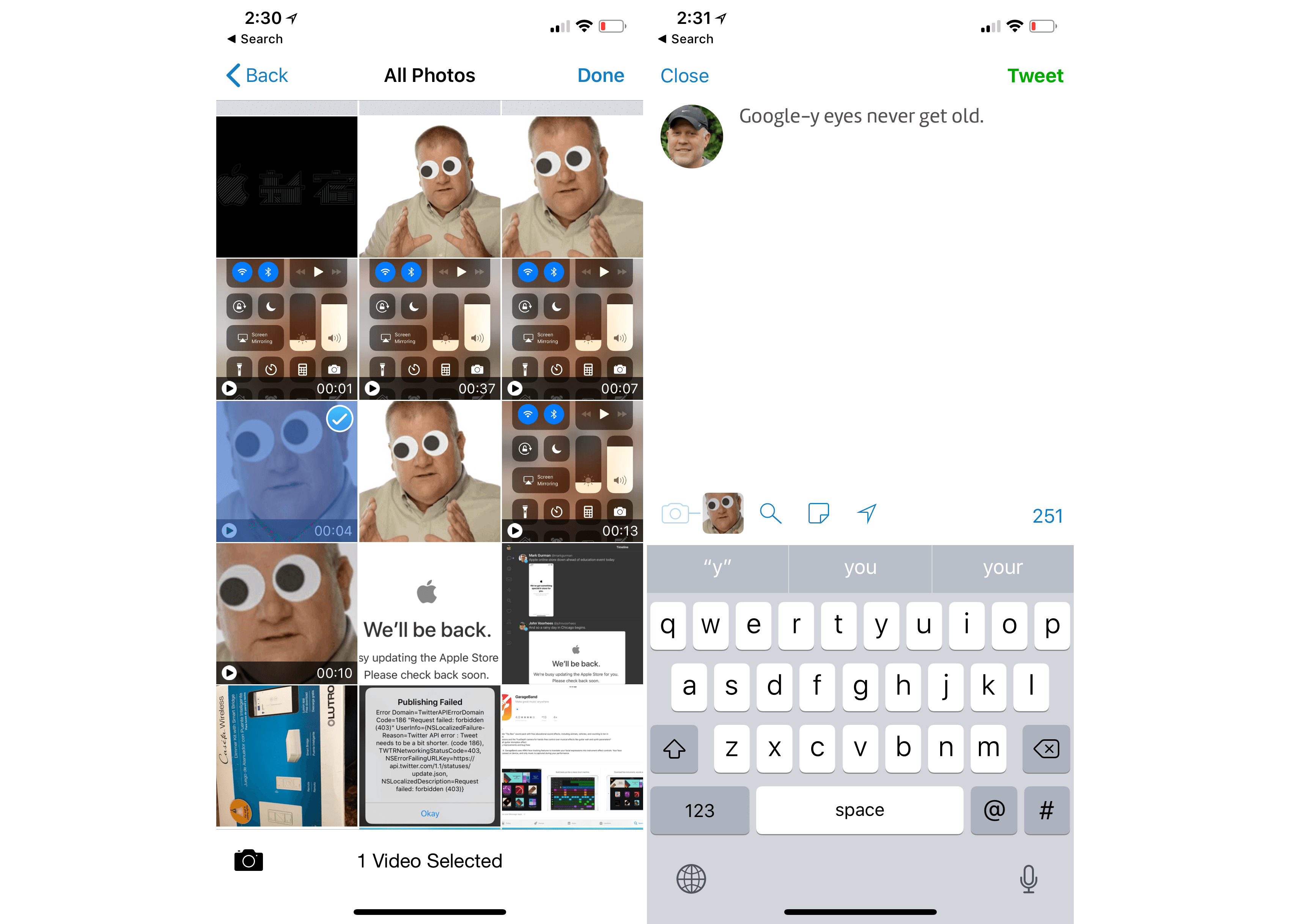 The Twitterrific update also adds support for video attachments to tweets. Videos must be less than 140 seconds long, but that’s the only limitation. On iOS, videos can be added from your photo library, if you long-press the camera icon, from any file provider, or with the app’s share extension.

The rate of updates to Twitterrific for the Mac and iOS continues to impress me and I love the addition of even more granular controls over my timeline that sync across iOS and macOS. If you haven’t tried Twitterrific in a while, it’s worth a look.

Twitterrific is available on the App Store for iOS and on the Mac App Store.