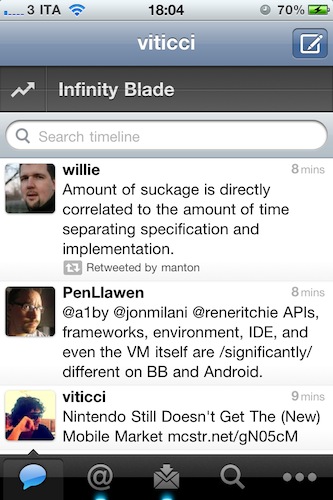 An interesting (and rather huge) update to the official Twitter app for iOS was released a few minutes ago, and it includes improvements both for the iPhone and iPad version of the client. New features has been added to this release as well, which unlike previous updates doesn’t only focus on bug fixes and stability improvements.

First off, the tweet compose screen has been greatly improved and redesigned to have a much cleaner UI and buttons to attach media for easier photo uploading; location info and usernames shortcuts are part of the redesigned screen, too. There’s even username auto-completion now, which is very nice on the iPhone considering one doesn’t always have time to type a long username on the virtual keyboard.

Trends have been improved, the app now shows trends for your specific location and there’s also a bar on top of the timeline called “Quick Bar” that allows you to cycle through trends. I wonder if there’s a way to disable it from the new Settings view. Twitter for iOS can also look in your local address book now to find friends that you might want to follow. This has been enabled both on the iPhone and iPad. Local trends, on the other hands, can be ignored thanks to an option in the Settings.

We are looking for new features and details right now and we’ll update this post as we find more interesting stuff. Check for more screenshots below, and go download the app here.

Update: The app seems a lot stable on the iOS 4.3 beta, and the bug that caused DMs and mentions to be marked as “unread” on each launch has been fixed. Finally, DM conversations behave like you would expect, too.

Update #2: Surprisingly enough, Twitter for iPad doesn’t seem to have the Quick Bar. Also, Quick Bar on the iPhone only stays at the top of the list and doesn’t follow you when scrolling the timeline. 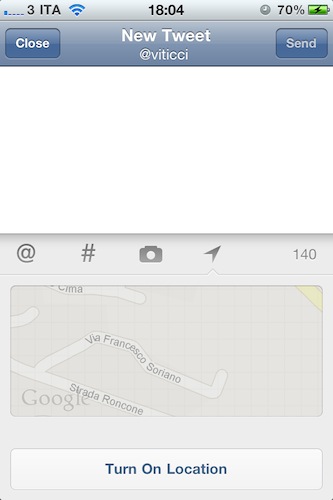 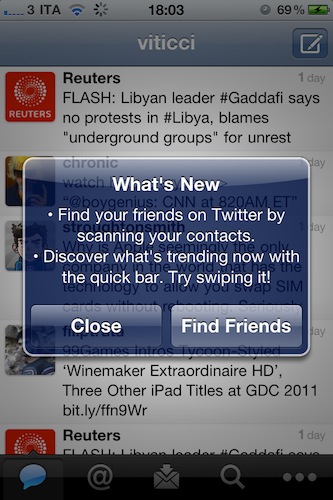 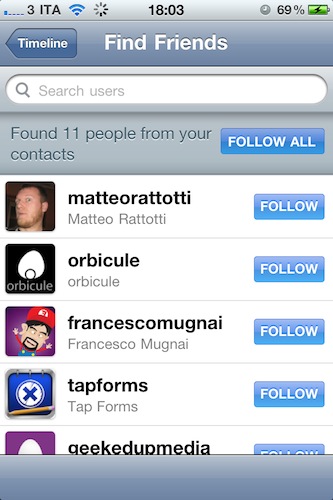 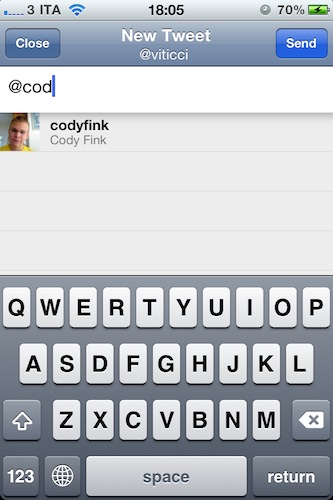 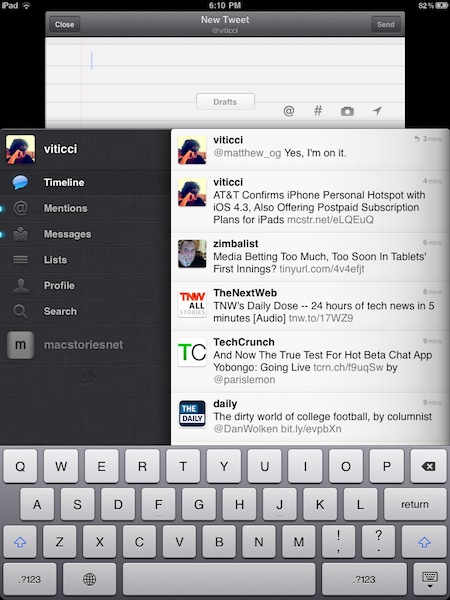 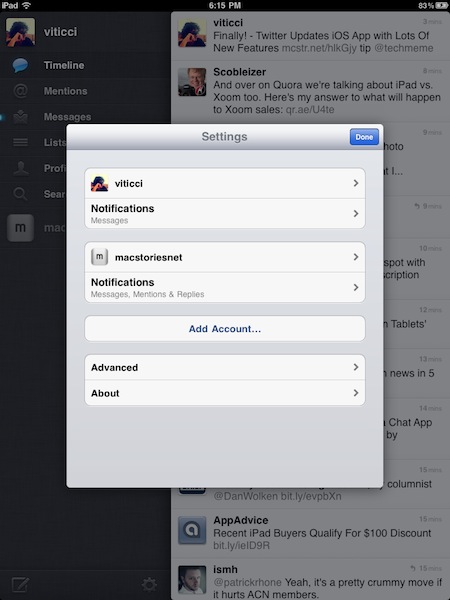 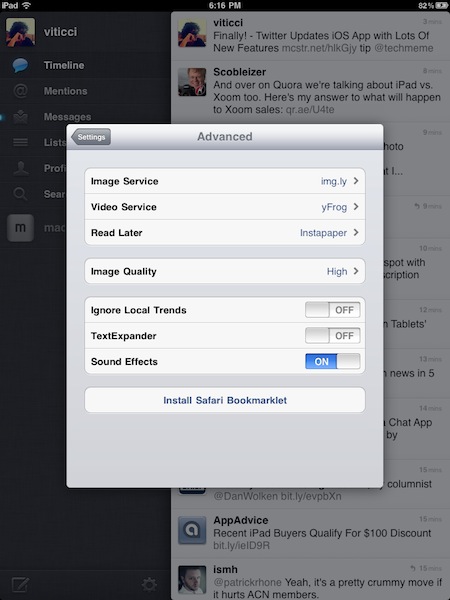 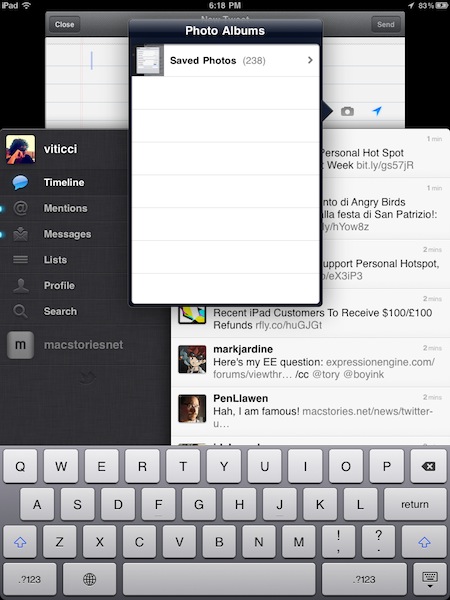