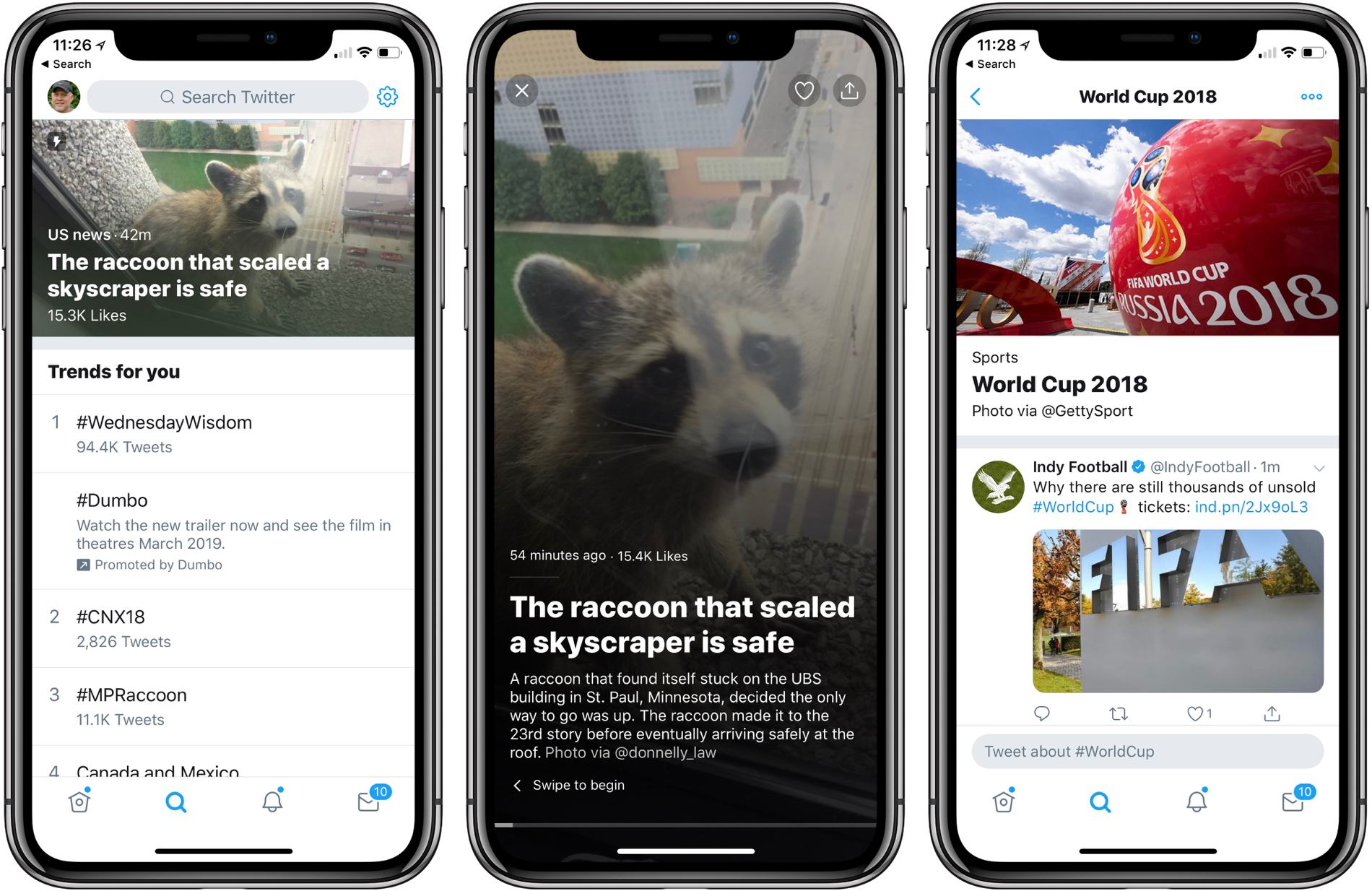 Twitter has begun introducing a series of features aimed at highlighting the news and events of the day. The company has also updated how Moments are displayed in the official Twitter app. According to Twitter, the goal of the changes is to make it easier for users to follow the news without having to know which accounts, hashtags, and Moments to follow.

Current events is the primary focus of the new Twitter features, many of which will not be rolled out for weeks or months according to a Twitter blog post. The Explore tab now includes breaking news stories displayed as captioned image banners across the top of the section. Tapping into a story opens a collection of images, video, and tweets in a horizontally scrolling narrative.

Below the highlighted story, Explore is divided into separate sections according to topic. My sections include ‘Trends for you,’ and ‘Today’s Moments’ followed by topical tabs like Software Engineers, Gal Godot, Technology Journalists, and Indie Game Developers. The quality of the content of each section is hit or miss. As you can see from the screenshot below, Twitter’s definition of ‘Software Engineer’ is loose and I got a section full of tweets about Gal Godot because, as Twitter helpfully explains, I liked an MKBHD tweet that mentioned her. 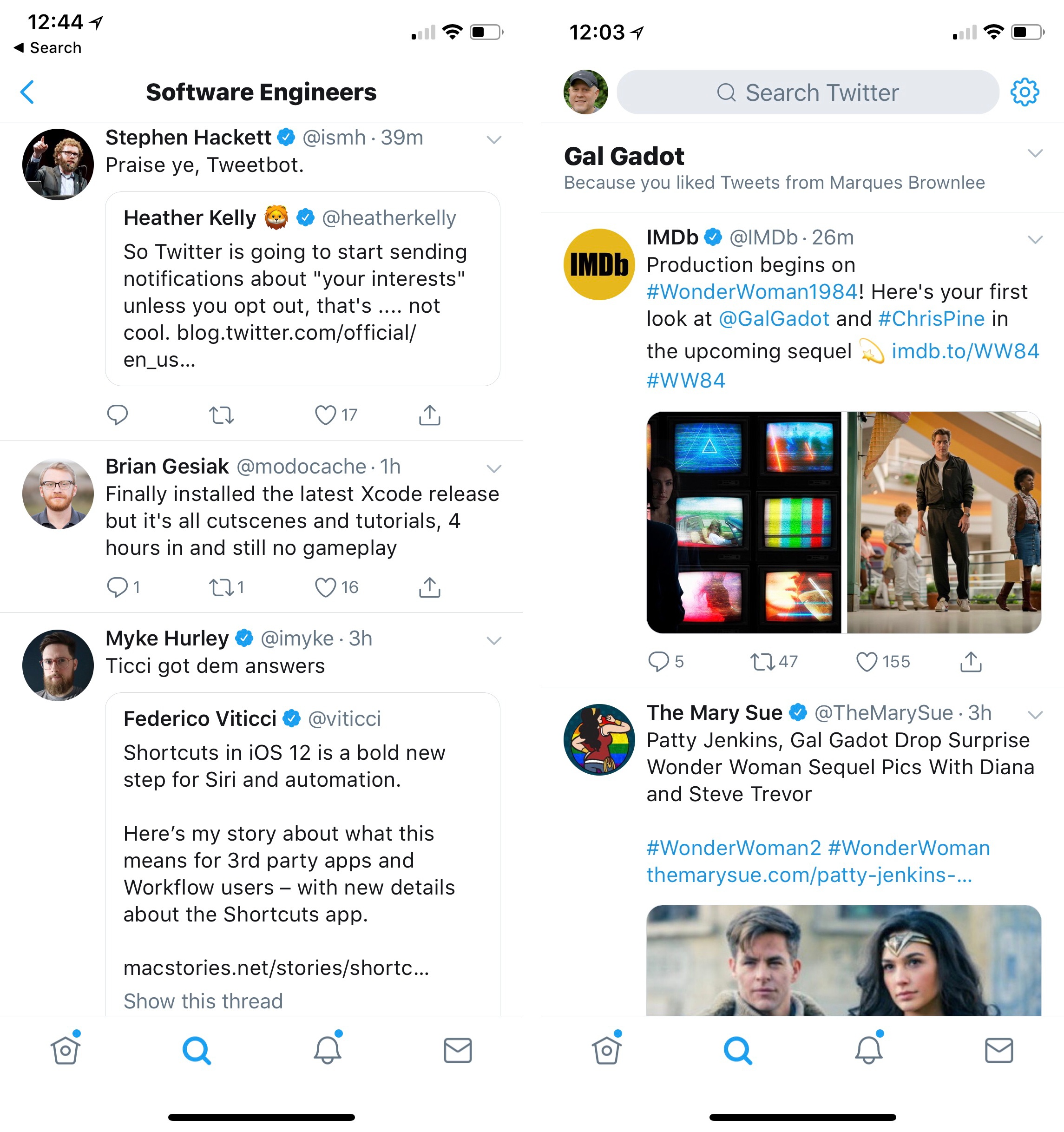 Twitter could use some help figuring out who is a software engineer, and adding a section dedicated to Gal Godot after I liked one MKBHD tweet mentioning her is a bit of a stretch.

In the coming months, Twitter plans to add breaking and personalized news at the top of users’ feeds similar to the sports news feature that the company introduced in 2017. Twitter has said that it plans to start sending users push notifications based on their interests in the coming weeks too. From Twitter’s blog post, it appears these will be turned on by default requiring anyone who doesn’t want to see the notifications to turn them off:

Now we’re experimenting with sending notifications to you based on your interests (like who you follow and what you Tweet about), so you won’t miss a beat. You can always turn off these notifications by going to your recommendations settings and toggling to not see news.

Twitter is also changing Moments to scroll vertically like your timeline and adding a dedicated World Cup page.

None of these changes has a meaningful impact on my Twitter use because I use a third-party client, but they still bother me. I prefer to manage what I see on Twitter myself. Twitter may think it knows what I want to see, but judging from the suggestions in my Explore tab today, it’s ability to do that is questionable. Also, the addition of notifications that will be turned on by default strikes me as tone deaf considering current efforts of companies like Google and Apple to help users better manage notifications.

For now, the changes are contained mainly in the Explore tab. It will be interesting to see how users react when the changes spread to targeted news in their timelines and they begin receiving push notifications about raccoons climbing skyscrapers.