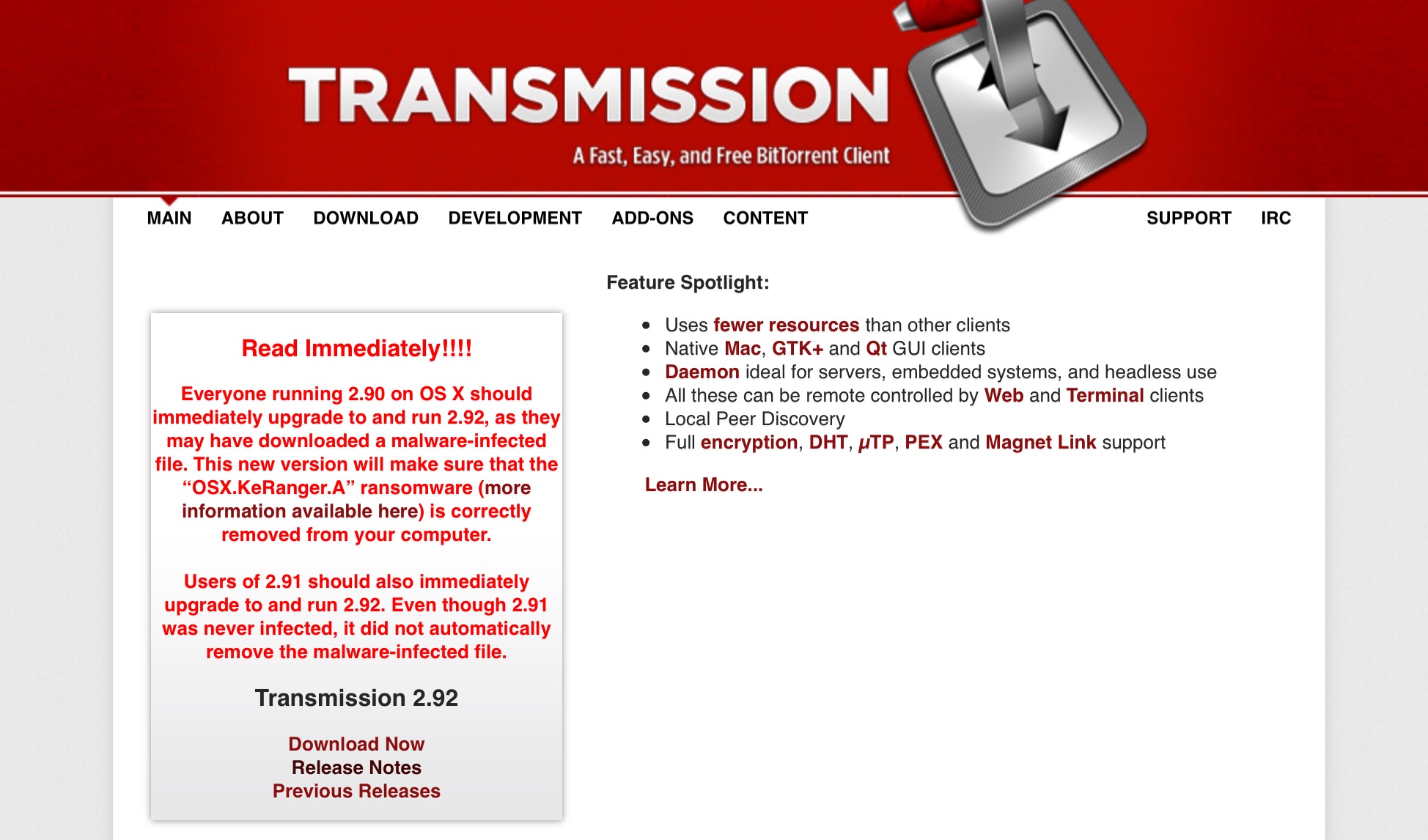 It was discovered this weekend that popular BitTorrent client Transmission was infected with what is believed to be the first fully functional ransomware on OS X. Palo Alto Networks discovered the infection and report that attackers infected two installers of version 2.90 of Transmission’s Mac app with the ransomware, dubbed KeRanger, on March 4. The ransomware works by encrypting all files in the “/Users” and “/Volumes” directories and then demands payment of 1 Bitcoin (~US$400) from victims in order to decrypt and retrieve their files.

It is not yet known how the Transmission installers were infected. Palo Alto Networks promptly disclosed the ransomware to the Transmission Project and Apple, and both have taken swift action. Transmission has since been updated to 2.9.1 (removing the ransomware from the installer) and 2.9.2 (automatically removing KeRanger if it had been installed on a user’s system). Whilst Apple has revoked the certificate used to install KeRanger, updated Gatekeeper to block the malicious installer, and updated its XProtect (Apple’s built-in anti-malware software) signatures.

How to Protect Yourself

The following is excerpted from Palo Alto Networks’ report on KeRanger. We recommend you read their full report if you would like further, and more detailed, information.