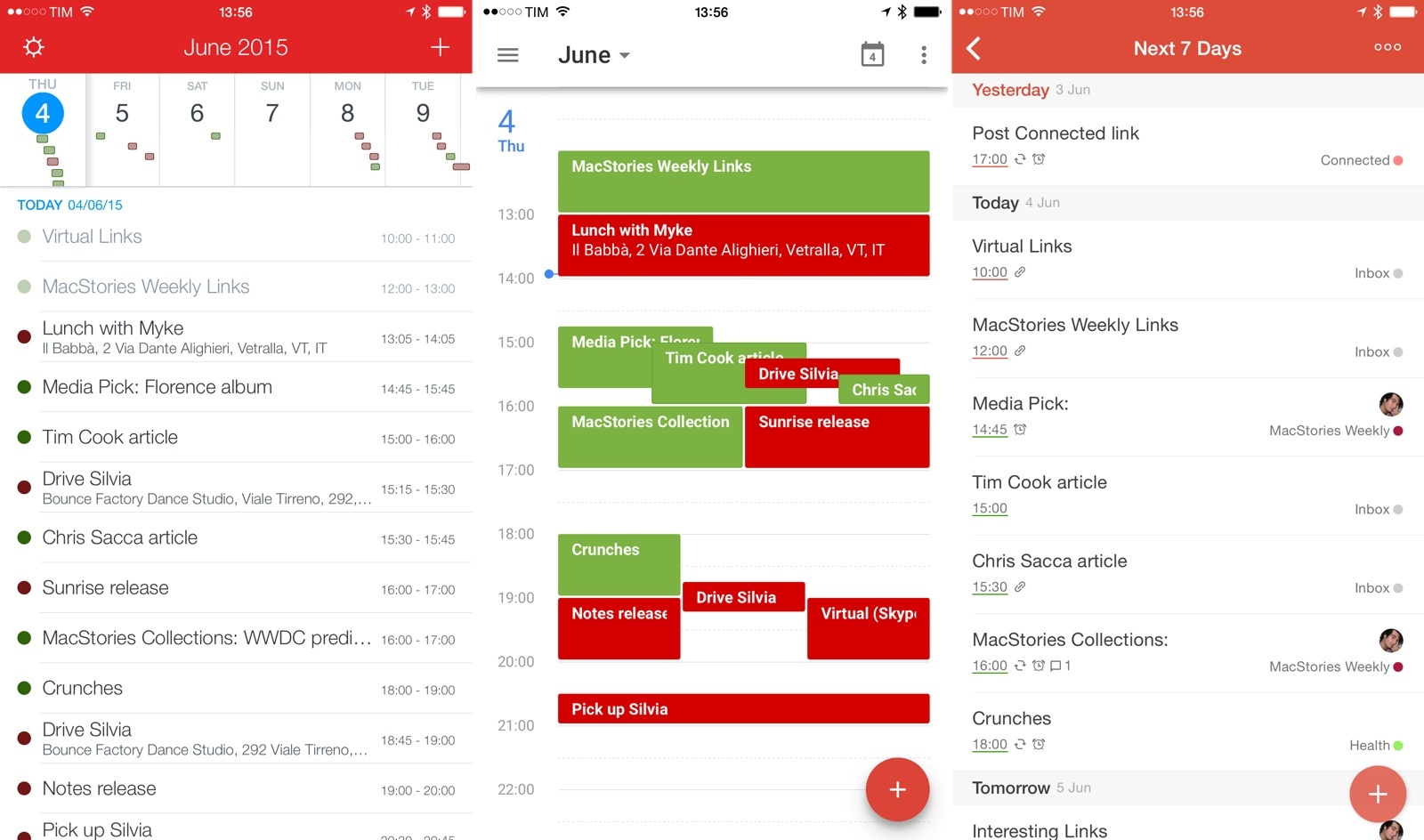 Todoist tasks as calendar events in Fantastical and Google Calendar.

Todoist – my favorite task management service that recently also landed on Apple Watch – has never shied away from integrating with other services. The company has long supported automation through IFTTT and Zapier; it can mirror a user’s daily tasks to Sunrise; and, it can import files from Google Drive and Dropbox when you need to add attachments to a task. Today, Todoist is launching PowerApp, the next generation of the company’s integration system based on a new developer platform they’re also debuting today and opening up to third-party apps.

PowerApp is a set of more powerful integrations that will let you connect apps and services to your Todoist account. In the demo I was able to start using earlier this week, PowerApp allowed me to connect Todoist to Google Calendar and Evernote, with some fascinating results.

Evernote reminders are exclusive to the Evernote app, which I personally don’t use as a todo app. When you connect an Evernote notebook to PowerApp, Todoist will find reminders attached to notes and turn them into tasks in a new project. 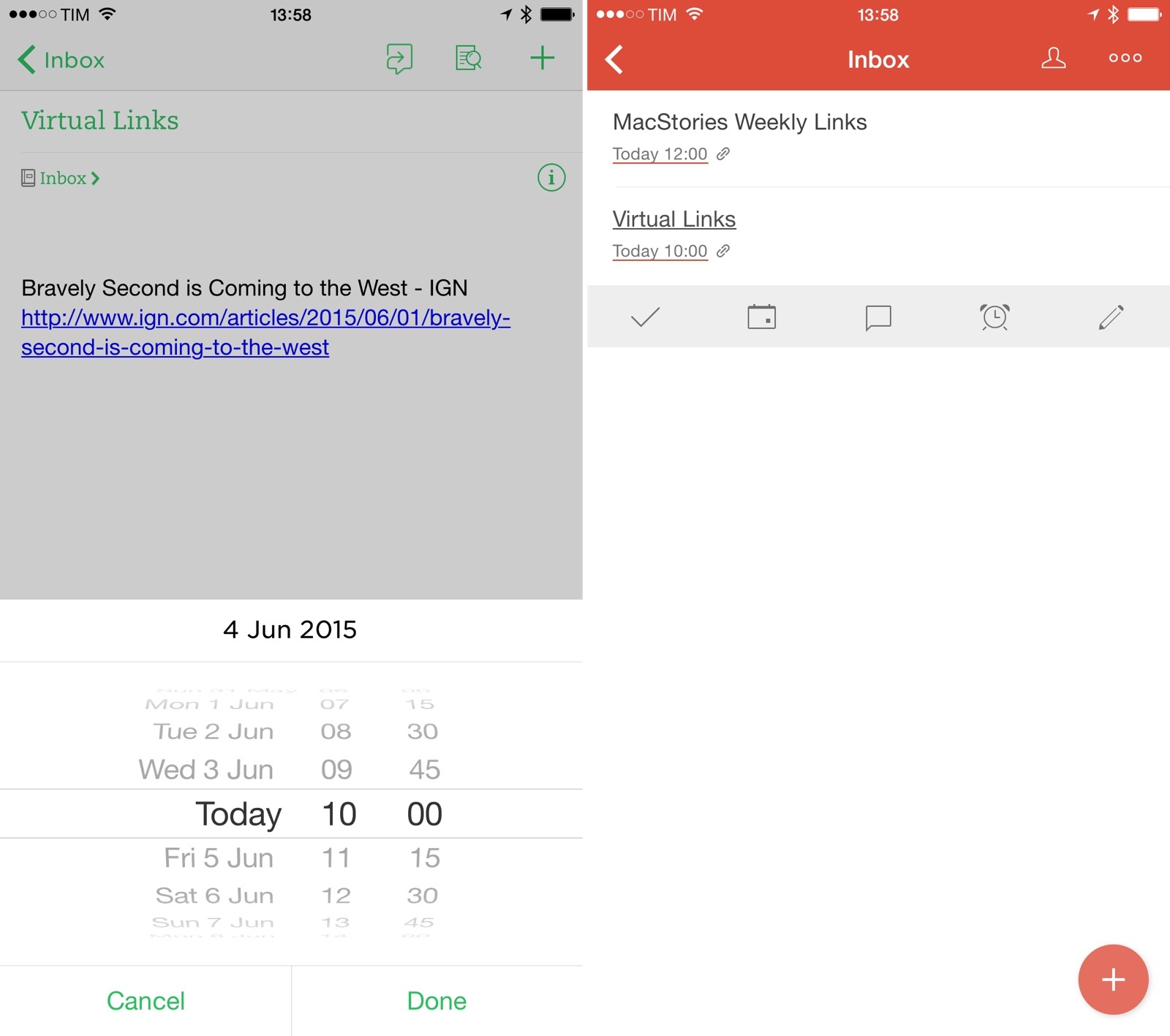 Evernote reminders as Todoist tasks thanks to PowerApp.

With PowerApp, I can create a bridge between Evernote and Todoist so that, when I’m working in Evernote, I can tap the alarm icon and know that a task will be created in Todoist. I won’t be able to view the note’s content in there, but at least I’ll have a connection between Evernote and Todoist, with the note reminder showing up alongside all my other tasks in a single place.1 This allows me to use Evernote for what it excels at – rich text formatting and inline images – and leverage PowerApp to let Todoist handle note reminders. 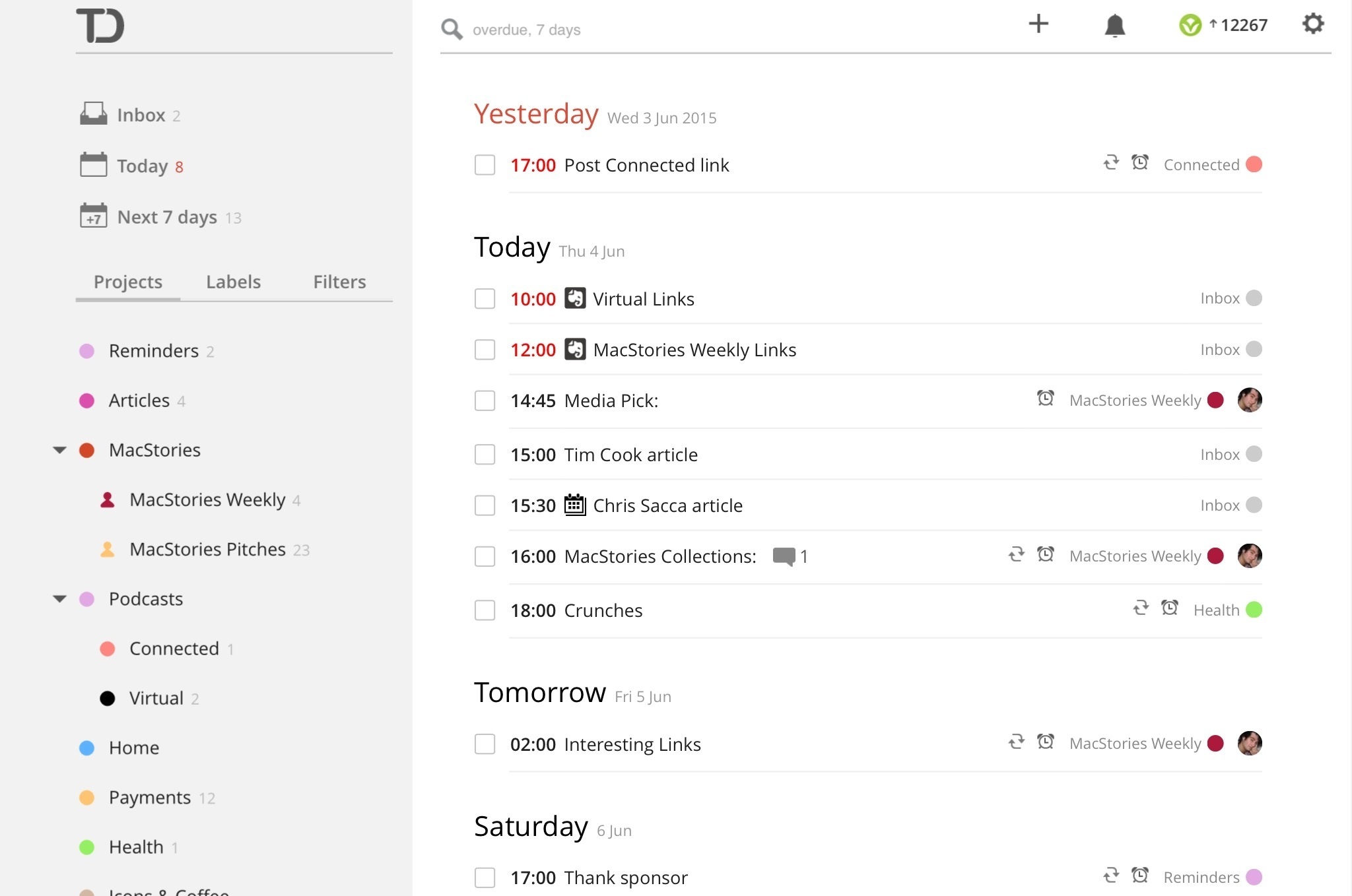 Tasks imported from Evernote and Google Calendar show custom icons in Todoist on the web.

The Google Calendar integration in PowerApp has been even more powerful in my tests. Once connected, Todoist will create a calendar in your Google account bringing every task over as an event carrying the task’s name, due date, and time. Changes you make in Google Calendar will be reflected in Todoist thanks to PowerApp and its two-way sync: delete an event on Google Calendar and its associated task will be marked as complete in Todoist; change its date and time, and changes will instantly propagate to Todoist and vice versa.2

Thanks to this integration, I’ve been able to natively view and create new tasks in my Todoist account from anywhere on my iPhone, iPad, and Apple Watch. By setting the Todoist calendar as the default calendar on my iPhone, I can ask Siri to create new events and they’ll be saved as tasks in my Todoist inbox with a due date.3 New events in Google Calendar show up as tasks in a second on Todoist – I tested this by dictating an event to Siri on my Apple Watch, which appeared instantly as a task in Todoist on iOS and the web. 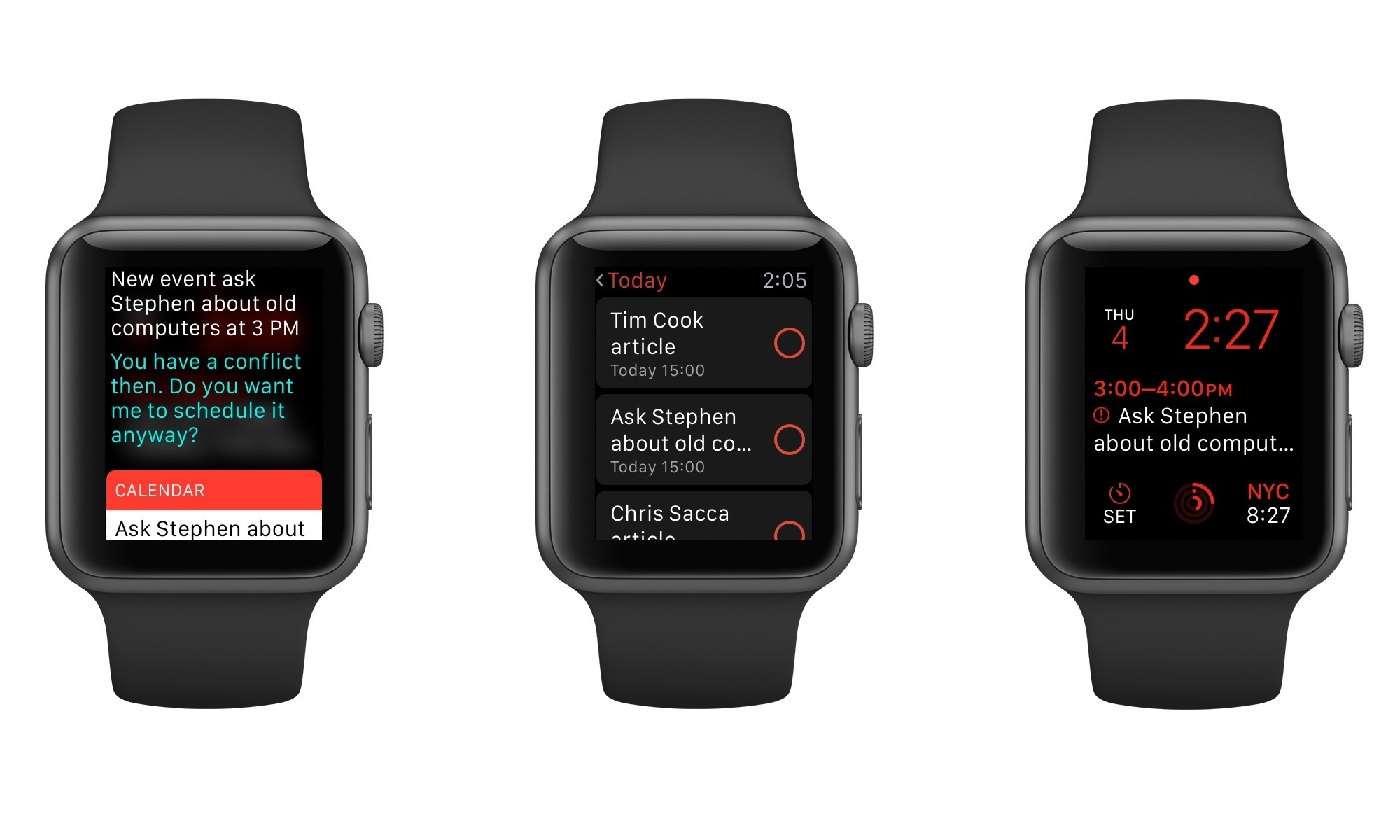 Tasks as events on Apple Watch with PowerApp and Siri.

And it’s not just about Siri. With the native Google Calendar integration, tasks can show up on my Modular watch face4, and I can have a unified event/todo list in Fantastical, which is glorious. That also means I can use Fantastical’s excellent extension and natural language input to create tasks, and that I can switch to any other calendar client to view and create Todoist tasks as long as it supports Google Calendar. Treating tasks as calendar events has several limitations5, but it works well to view todos and events in a unified interface with wide compatibility of clients and connected services.

Since moving to Todoist last year, I wouldn’t be able to switch to any other GTD app that doesn’t offer a web API and integration with other services. I’m a strong believer that todo lists are only as useful as their ubiquity, and Todoist embraces a philosophy of working with other apps and not locking your tasks into a silo. The new Todoist developer platform and PowerApp integrations have huge potential for the future and I’m curious to see if and how Wunderlist (now owned by Microsoft and Todoist’s biggest competitor) will react.

The calendar and todo list of the future are integrated and connected with other services. PowerApp is a solid start with some caveats, but I’ve already found value in its open platform and interoperability. You can check out PowerApp and start building integrations here.